The world champion All Blacks hit their stride after the break the Westpac Stadium to claim a 36-22 win over Warren Gatland's Wales in the second Test. [more] 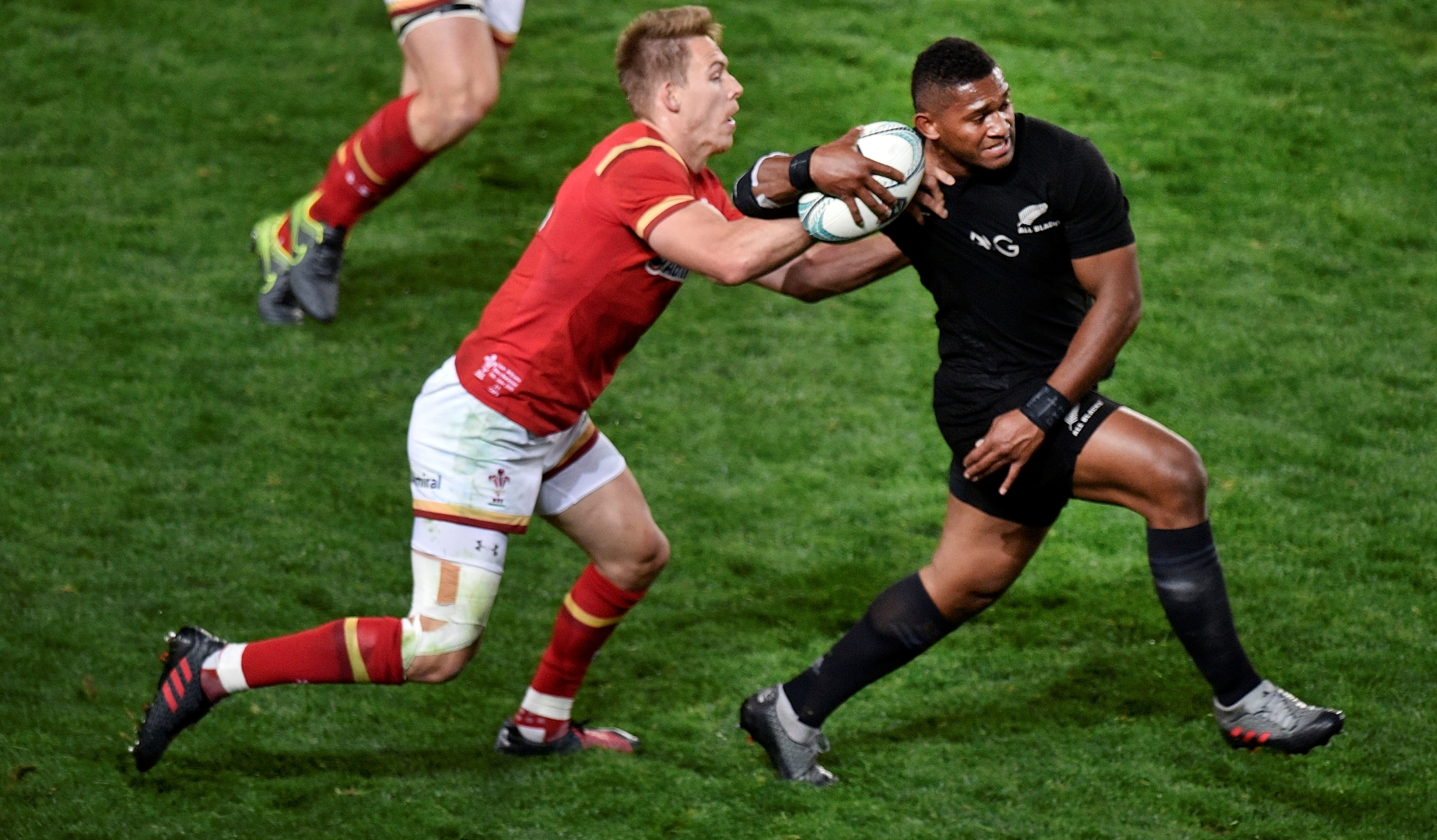 The world champion All Blacks hit their stride after the break the Westpac Stadium to claim a 36-22 win over Warren Gatland’s Wales in the second Test.

Last weekend at Eden Park the New Zealanders clicked into gear in the final 20 minutes to claim victory but today they found their groove straight after the break.

But Gatland’s Wales – who are still searching for their first-ever win on New Zealand soil – produced a stirring fightback in the final ten minutes and will emerge with much credit from another tight encounter.

With less than a year until The British & Irish Lions come to town, here are a few things we learned:

Liam Williams might have shifted from full-back to wing to cover for the absence of the injured 2013 Lion George North but that did not dampen his attacking instincts.

Always busy and coming off his wing to look for work, the Scarlets man finished with 125m with ball in hand – more than any other player on the pitch.

His late try was part of an impressive showing in the final ten minutes from Wales when the game looked dead and buried.

So impressive last week in Auckland as well, Williams beat five defenders and made a game-high four clean breaks to prove his quality.

Alun Wyn Jones’ 101st Test cap for Wales brought him a ninth international try after he finished off a good team move in the first half for Wales.

Once again Gatland’s side were well in the game at the interval – a 10-10 draw was more than deserved at the turnaround.

But the All Blacks are making a habit of hitting the accelerator in the second-half.

Good test match. It's tough now. But to be the best and improve you have to play these games. #NZLvWAL ?????

The unfortunate injury to Aaron Cruden – who should be fine for next week according to his head coach –  brought Beauden Barrett off the bench at the end of the first-half.

But it was immediately after the interval that he found his groove in front of his home ground with the Hurricanes.

The replacement fly-half scored one and had a key hand in the other three as the All Blacks ran in four tries in 12 second-half minutes.

Cruden might be fit for next week but Barrett's impressive showing has created a selection headache for Hansen – albeit a good one.

Mutual respect on show at the Westpac Stadium

The Test series might have been won with a game to spare but the Kiwi fans were on their feet to acknowledge the Welsh grit that saw them score two tries in the last ten minutes.

Williams and 2013 Test Lion Jonathan Davies – who impressed throughout – both crossed for scores and the Wellington crowd rose as one to acknowledge the character shown by the northern hemisphere side.

Wales are still in with a shot of a first win over the All Blacks since 1953 as the third and final Test of the series heads to Dunedin next weekend.

Not for nothing are the All Blacks the back-to-back World Cup winners and their replacements off the bench have changed the game for two weeks in a row.

But Wales have proven over the last fortnight that they can more than match their quality – now they will need to maintain it for 80 minutes at the Forsyth Barr Stadium.