South Africa produced a fantastic fightback to level the three-Test series with Ireland at one apiece after a dramatic clash at Ellis Park on Saturday. [more] 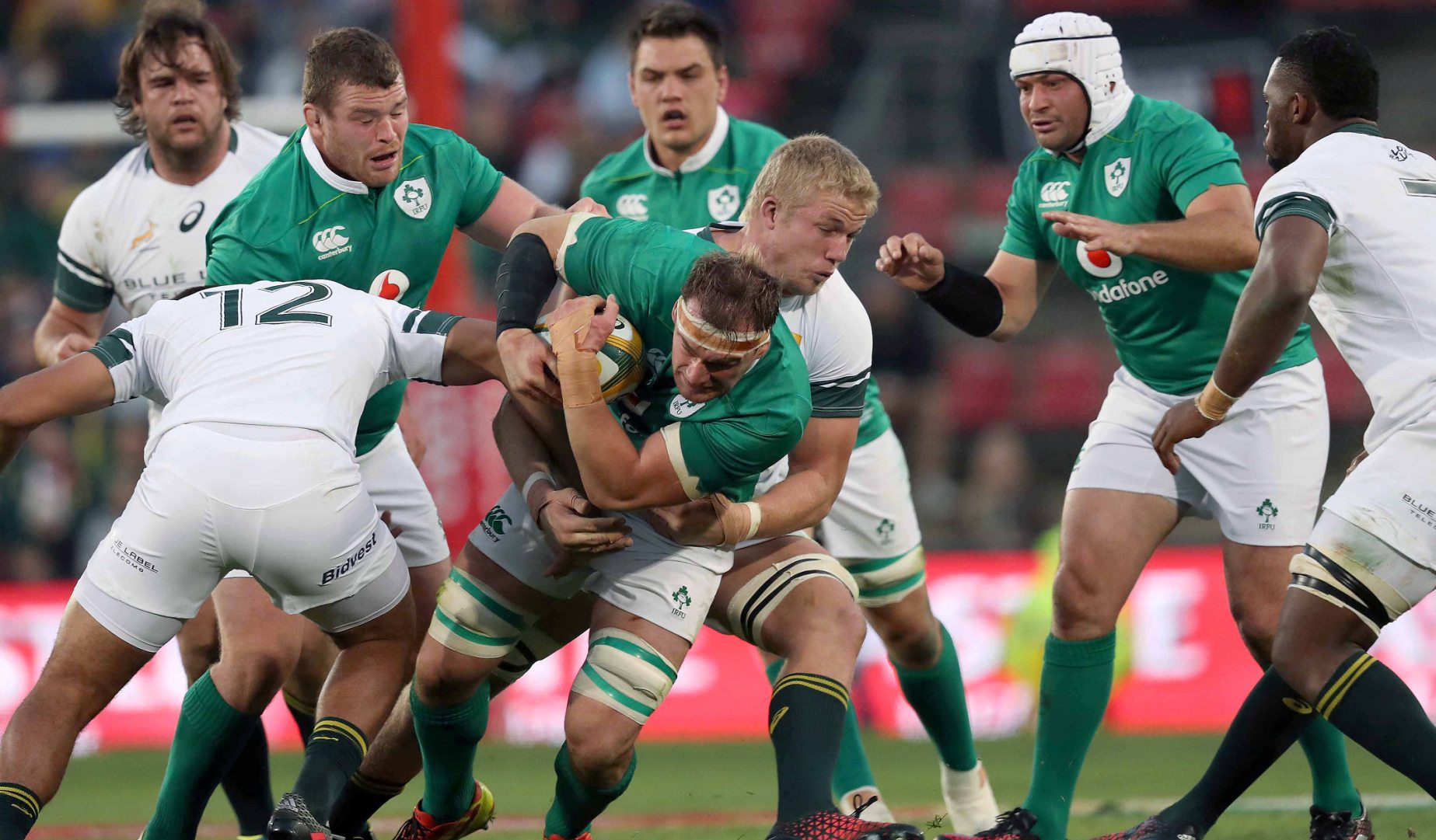 South Africa produced a fantastic fightback to level the three-Test series with Ireland at one apiece after a dramatic clash at Ellis Park on Saturday.

Ireland were looking to become the first team to win a three-Test series on Springbok soil since the 1997 British & Irish Lions and midway through the second half they looked liked they had done it.

Joe Schmidt's side – who beat the Boks 26-20 last week at Newlands for the first time in their history – led 19-3 and then 26-10 with only 16 minutes left but the 'Boklash' finally materialised.

But with The 2017 British & Irish Lions Tour now less than a year away there were many positives for Ireland to take – here are five things we learned:

The clash at altitude always takes it toll on the visiting sides but the way the men in green built a lead in the first hour of the match was fantastic.

Paddy Jackson – the hero at Newlands last week – again pulled the strings to fine effect at fly-half and slotted 16 points from the tee.

Schmidt had rolled the dice with his selection – making five changes in all from the side that had won the week before but for a long time it looked like paying off.

Gut wrenching end. Massive performance. One all. Thanks for the support. On to PE. #TeamOfUs #shouldertoshoulder pic.twitter.com/N58VqLmIkc

Best made a nuisance of himself all night in the loose and led a solid set-piece display from the Irish – in the scrum in particular they were dominant throughout.

Flanker Rhys Ruddock had an absolute stormer for Ireland and it was his offload that created Devin Toner's first-half try as the visitors built a lead.

And when Heaslip went over in the second half from a driving maul it epitomised his superb work rate that never seemed to dim.

New faces given a chance

Quinn Roux, Tadgh Furlong, Craig Gilroy and Stuart Olding were all given a start for Ireland in the second Test and will have gained invaluable experience from the outing.

Roux was making his international debut, as did back-row forward Sean Reidy who came off the bench in the second half.

The result might not have gone their way but with a decider coming up next week Schmidt now has fresh legs to call upon and a growing strength in depth.

Man of the match on the day went to Ruan Combrink and given he was a second-half replacement making his debut you get an idea of both his impact, and the Boks' overall improvement in the second period.

Inspired by Combrink and his teammates at the Lions Super Rugby franchise like Warren Whiteley and Elton Jantjies in front of their home crowd, the Boks were rampant in the closing stages.

Combrink went over for the first of South Africa's four second-half tries and Whiteley, du Toit and de Allende followed suit as the Boks began to edge the physical battle.

Jantjies – nervous at the outset – settled into the No.10 shirt and directed his troops with aplomb for an enthralling comeback that was capped off his long-range penalty.

Port Elizabeth for the decider

There were tears in Allister Coetzee's eyes at the final whistle – it was such an important clash for South Africa to win.

The head coach was already feeling the pressure in only his second game at the helm but now they can turn the series around and walk off with the spoils next weekend at Port Elizabeth.

Coetzee will now have to decide whether to stick with the same team that finished the second Test in such style – or give his underwhelming starters another chance to shine.

Ireland must lift themselves after this disappointment – they still have a chance to mirror the 1997 Lions and become just the third team in history to win a three-Test series on Springbok soil.

Ireland skipper Best said after the game: "We put ourselves in a great position to win the game and win the series.

"We will look back on a lot of mistakes in the second half, You cannot give a team like this a lot of momentum. But there were positives to take and we head to Port Elizabeth."