England's young guns used a blistering first half to down South Africa and book their place in the final of the World Rugby Under-20 Championship against Ireland, courtesy of a 39-17 victory. [more] 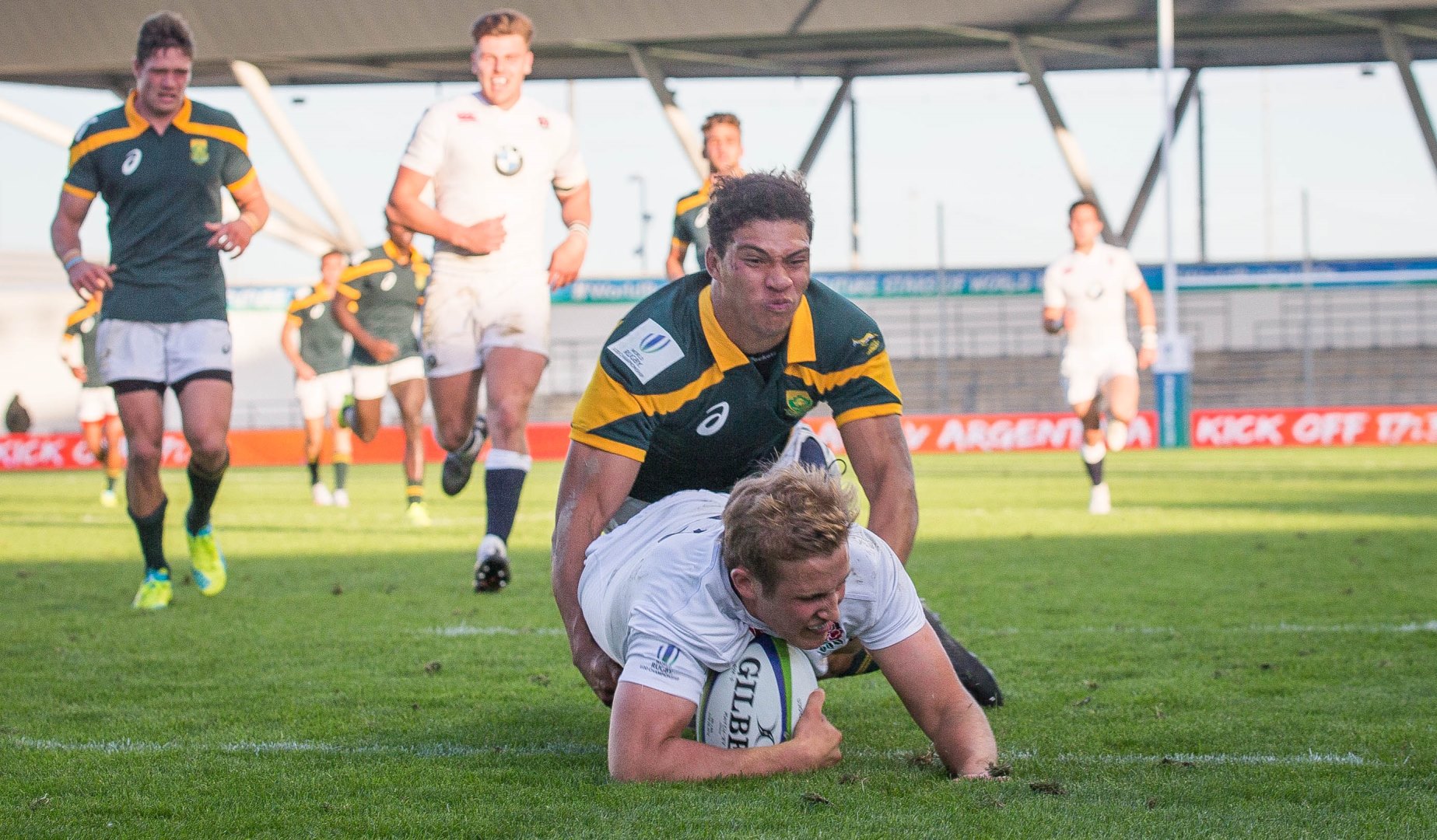 England’s young guns used a blistering first half to down South Africa and book their place in the final of the World Rugby Under-20 Championship against Ireland, courtesy of a 39-17 victory.

Two tries in the opening seven minutes in sunny Manchester set the stall for what was to come as England played with too much intensity for South Africa to handle on their way to five first-half tries.

However, the Baby Boks hit back strongly after the break as they scored two quick tries of their own, to reduce the deficit and set up an interesting finale.

But Max Wright settled the match late on to finish off a flowing move.

England made a blistering start to the day’s second semi-final as London Irish centre Johnny Williams burst through the Baby Bok defence before slipping it inside to Max Green for a simple try.

Minutes later it got even better for England’s young guns as they piled forward with intensity and energy, with hooker Jack Singleton going close before lock Huw Taylor smothered the ball over the line.

South Africa hit back with a Curwin Bosch penalty, but ill-discipline cost them as captain Jeremy Ward was sin-binned for a dangerous tackle on Max Malins and England made them pay as Harlequins winger Sam Aspland-Robinson darted in for their third.


South Africa’s heads dropped and England were ruthless as they took advantage, as Williams strolled over before Malins got his much-deserved try despite Will Evans’ sin-bin.

South Africa responded after the break as Edwill van der Merwe sprinted to score after an interception, before Bosch added a second try minutes later.

But England remained strong as replacement Wright finished off a fine move to touch down and confirm the win.