Wales have one more week to end their 53-year wait for a win against New Zealand, England can double their pre-tour tally of victories 'Down Under' by triumphing in Sydney, Ireland meet South Africa for a winner-takes-all clash in Port Elizabeth and Scotland face another battle with the Brave Blossoms. With less than a year to go until the 2017 British & Irish Lions tour we have our eyes on all the action. [more] 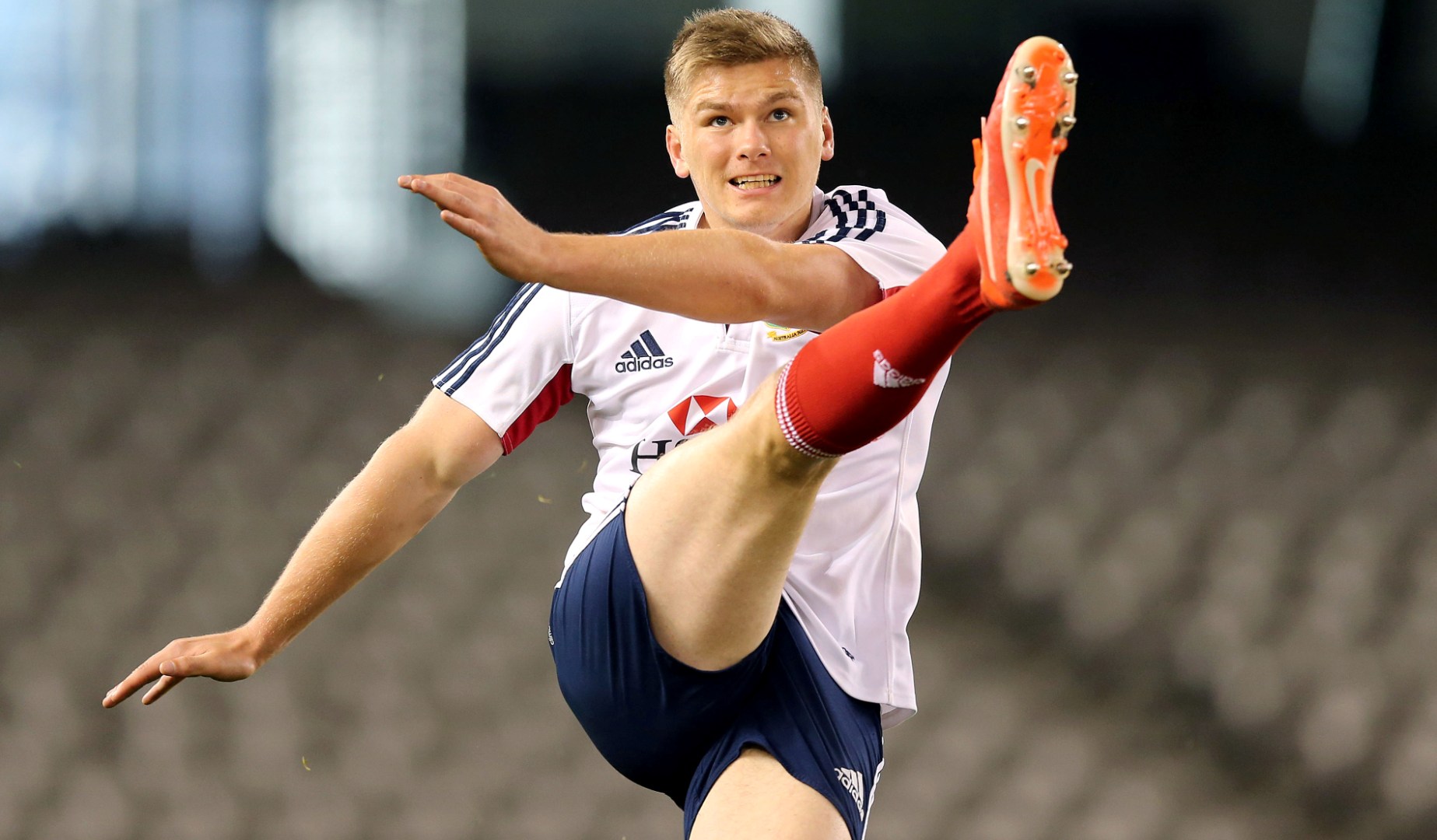 Wales have one more week to end their 53-year wait for a win against New Zealand, England can double their pre-tour tally of victories ‘Down Under’ by triumphing in Sydney, Ireland meet South Africa for a winner-takes-all clash in Port Elizabeth and Scotland face another battle with the Brave Blossoms. With less than a year to go until the 2017 British & Irish Lions tour we have our eyes on all the action.

Warren Gatland has brought in Tomas Francis and Rob Evans as he seeks to put together an 80-minute performance capable of downing the All Blacks under the roof in Dunedin.

Leading 21-18 at half-time in the first-Test, tied 10-10 at the break in Wellington, there are so many positives to take for Gatland, but New Zealand have come alive in each second-half, timing their purple-patches to perfection.

Steve Hansen's side are unbeaten in 40 Tests at home, 28 against Wales, and have already clinched the series.
The All Blacks coach admitted he has gambled with selection but Elliot Dixon is the only uncapped new addition alongside Beauden Barrett, George Moala, and Charlie Faumuina.

If Wales can continue their excellent set-piece and phenomenal defensive pressure into the depths of Saturday's Test, history is not beyond them.

"We want to finish the tour on Saturday with an 80 minute performance that we are happy with, we improved going into the second Test and fought to the end and this weekend, we have to have the belief and confidence that we can take the victory," Gatland explained.

Eddie Jones' England did as he asked and scribed their names onto the Twickenham walls forever with one of the most memorable defensive performances in Test history.

"This is the most important game we'll play all year." Eddie runs the rule on selection for the 3rd Test in Sydney:https://t.co/8Xj8dzj2NI

Michael Cheika has begun to stoke the fire by urging the English to 'open up' and alter what he dubbed their kick-chase style of play, but Jones has winning and winning only on his mind.

Teimana Harrison is an enforced replacement for James Haskell as Jones resisted the chance to make wholesale changes with the series won, history beckons again for the Red Rose and their Aussie head coach is making that abundantly clear.

"If you look at sides that come to Australia and win, the only side that does that regularly is New Zealand. The other sides who come in generally get beaten."

Neither Laidlaw nor Nel start this week as Cotter shifts around his first XV, resting two of his ever-presents.
Former British & Irish Lions hooker Ross Ford remains out with a calf problem, and so Stuart McInally lines up alongside Edinburgh club-mate Rory Sutherland – who is making his first start for the Scots – with Exeter Chiefs' Moray Low completing the front-row.

For the first time in history Emperor Akihito and Empress Michiko will watch the Brave Blossoms and Henry Pyrgos will have the honour of captaining Scotland in front of the Imperial Couple.

Centre Peter Horne, who comes in for the injured Duncan Taylor, says losing is not an option for the Scots.
"I don't want to even contemplate it. All I am thinking about is getting that positive result. It would ruin my summer if we lost," he said.

The Springboks were nowhere near the races in the first-half of the second Test as they fell 19-3 behind, but as Lions supporters well know – they are never to be counted out.

Joe Schmidt was denied a slice of history in the 32-26 loss, but another titanic battle awaits in Port Elizabeth.
Jared Payne's absence is the only real negative for Ireland, but Tiernan O'Halloran has had a fine season for Connacht and makes his first Test start.

South African try-scoring heroes Warren Whiteley and Ruan Combrinck both make their starting debuts, but Schmidt has been boosted by CJ Stander and Jordi Murphy returning, something he hopes will heighten their physicality.

"I have no doubt they'll want to start on the front foot as they ended in Johannesburg," he said.

"We're going to have to make sure that we don't allow them quite as much latitude to get that go-forward through that contact area."

Head to Head: What are the key battlegrounds?

Neither the All Blacks nor Wales have lost a scrum so far, but with Exeter Chief Tomas Francis coming in for Samson Lee, there could be a shift in the status quo.

Former wrestler Joe Moody has come on leaps and bounds and Francis must get parity to ensure Wales have the solid platform of the first two Tests.

Matt Toomua's injury absence changed the dynamic of Australia's back-line, Samu Kerevi is seriously robust, but less of a play-maker than Toomua.

Owen Farrell is a superb defender but will face a more diverse challenge against Toomua, who has a more varied passing game than Kerevi and will share distribution duties with Bernard Foley.

Cheika's backline now possesses the dual kicking option that has proved so successful for Jones, will it be enough to secure a first Test win of the series?

Two players at opposite ends of their careers, both are vitally important for their sides. Hitoshi Ono, 38, wins his 98th cap for Japan while Gray racks up his 25th cap at just 22.

Despite their differing experience levels, both control the set-piece and if this week's game is anything like as tight as the first Test, that will be the difference between winning and losing.

Leadership will decide who emerges from this superb series as the victors. Both Rory Best and Adriaan Strauss are superb Test players but are in their infancies as Test captains.

Whoever can grow into that role even further this weekend and control their side is likely to add a famous victory to their CV.

Hansen has rolled the dice. Moala comes from outside the squad to start in place of the injured Malakai Fekitoa at centre, while Highlanders' stand-out flanker Dixon earns a much-deserved All Blacks debut.

The post-Ma'a Nonu and Conrad Smith era remains in flux, with Hansen openly admitting Sonny Bill-Williams has a spot open upon his return from 7s duty, but the battle between Moala, Ryan Crotty and the experienced Welsh pairing of Jamie Roberts and Jonathan Davies will be fascinating.

All eyes are on Julian Savea who has been handed a shot at redemption one week after being dropped by Hansen, while fellow Hurricane Barrett has got a chance to lay down a marker for the All Black No.10 jersey after two typically outstanding contributions from the replacements bench.

"It comes down to risk and reward, doesn't it?" said Hansen. "We've won the series but we're still expecting a really brutal Test match.

"Wales are talking about winning and we want to win it. Are the rewards worthy of making the changes? Of course they are."