The future of the Lions looks to be in safe hands as England defeated Ireland 45-21 in the Under 20s World Championship final at the AJ Bell Stadium. [more] 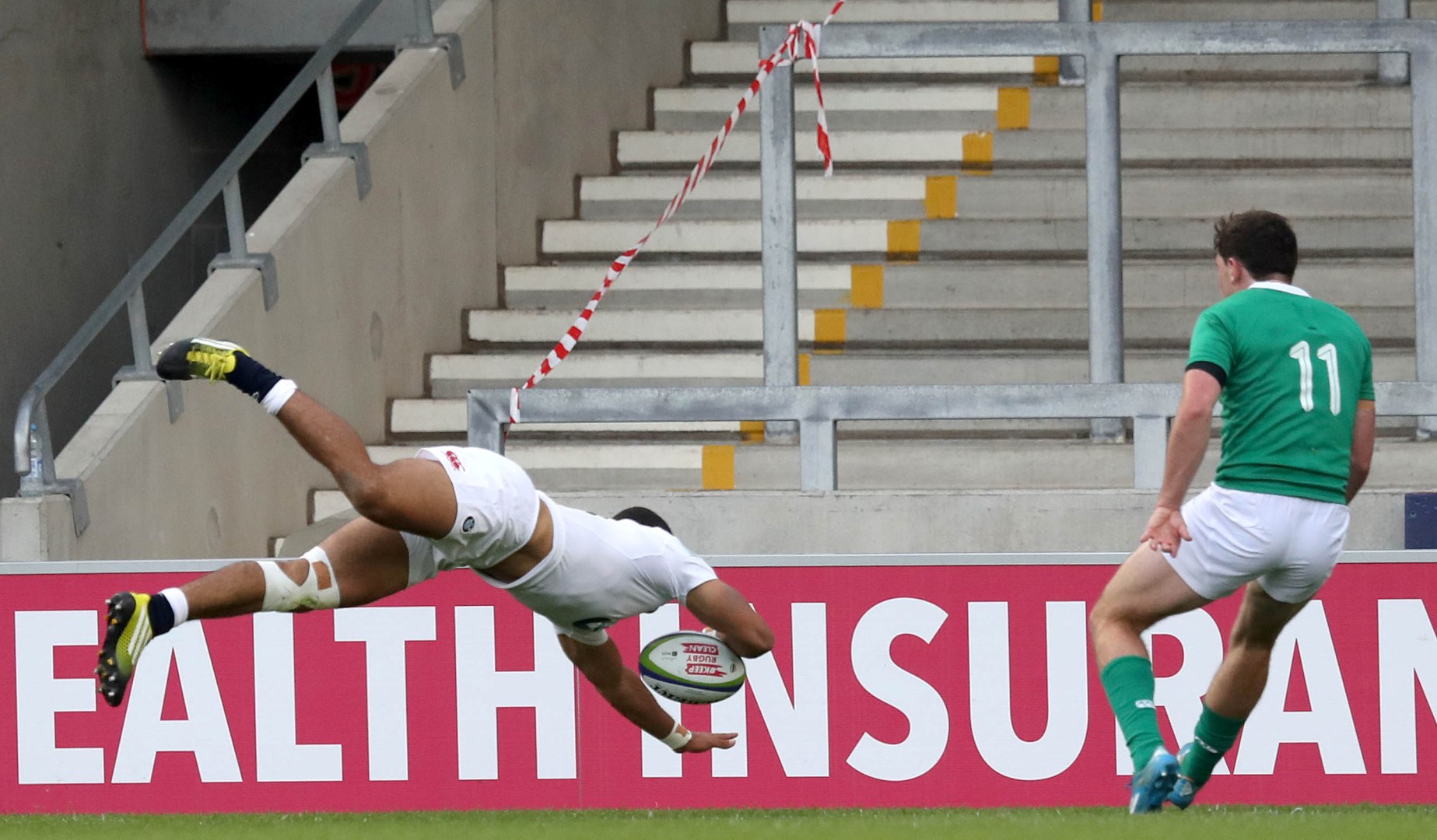 The future of the Lions looks to be in safe hands as England defeated Ireland 45-21 in the Under 20s World Championship final at the AJ Bell Stadium.

Despite the final disappointment, Ireland will take huge pride from the tournament which saw them beat reigning champions New Zealand and 6 Nations’ winners Wales.

English fans didn’t have long to wait for the first score as a fine solo effort from Marchant saw him skip through the Irish defence to touch down with Mallinder converting to give the hosts an early 7-0 lead.

No8 Callum Chick had England’s second try when he controlled the ball at the back of a five-metre scrum which was marching towards the line before touching down.

Fly-half Mallinder added the extras and was instrumental in England’s third try when he broke through the defensive line after collecting an Irish clearance kick.

Johnny Williams took the offload before releasing Worcester Warriors’ Huw Taylor to touch down for his second try of the tournament and put England in firm control at half-time, 21-0.

Ireland U20s go down fighting 45-21 to England U20.
More to come from these players however #FutureIsGreen pic.twitter.com/LhS94ltNTs


England had the perfect start to the second half, turning over Irish ball in their own half, they broke down the left wing through Marchant before feeding Mallinder who had a clear run to the line.

England’s captain converted his own score but Ireland refused to give up and Ulster hooker Adam McBurney finally got his side on the scoreboard as the Irish forwards’ drove over from a five-metre line-out.

Saints’ fly-half Mallinder had his second try of the game after playing a one-two in midfield with Harlequins’ lock Stan South but Ireland again fought back to keep themselves in the final.

Jacob Stockdale leapt onto a loose ball in his own half before counter-attacking deep into England territory and releasing Shane Daly to score.


With both tries converted, England led 35-14 with over 20 minutes to play before Stephen Kerins was shown a yellow card for preventing a quick penalty tap by England.

Mallinder added three points from the resulting penalty before setting up Marchant for his second of the game with a well weighted cross-field kick to put England 45-14 to the good.

Leinster’s Max Deegan forced his way over from close range for a late consolation try for Ireland.