Ireland fell agonisingly short of a first-ever series victory over South Africa with a 19-13 defeat at the Nelson Mandela Bay Stadium in Port Elizabeth. [more] 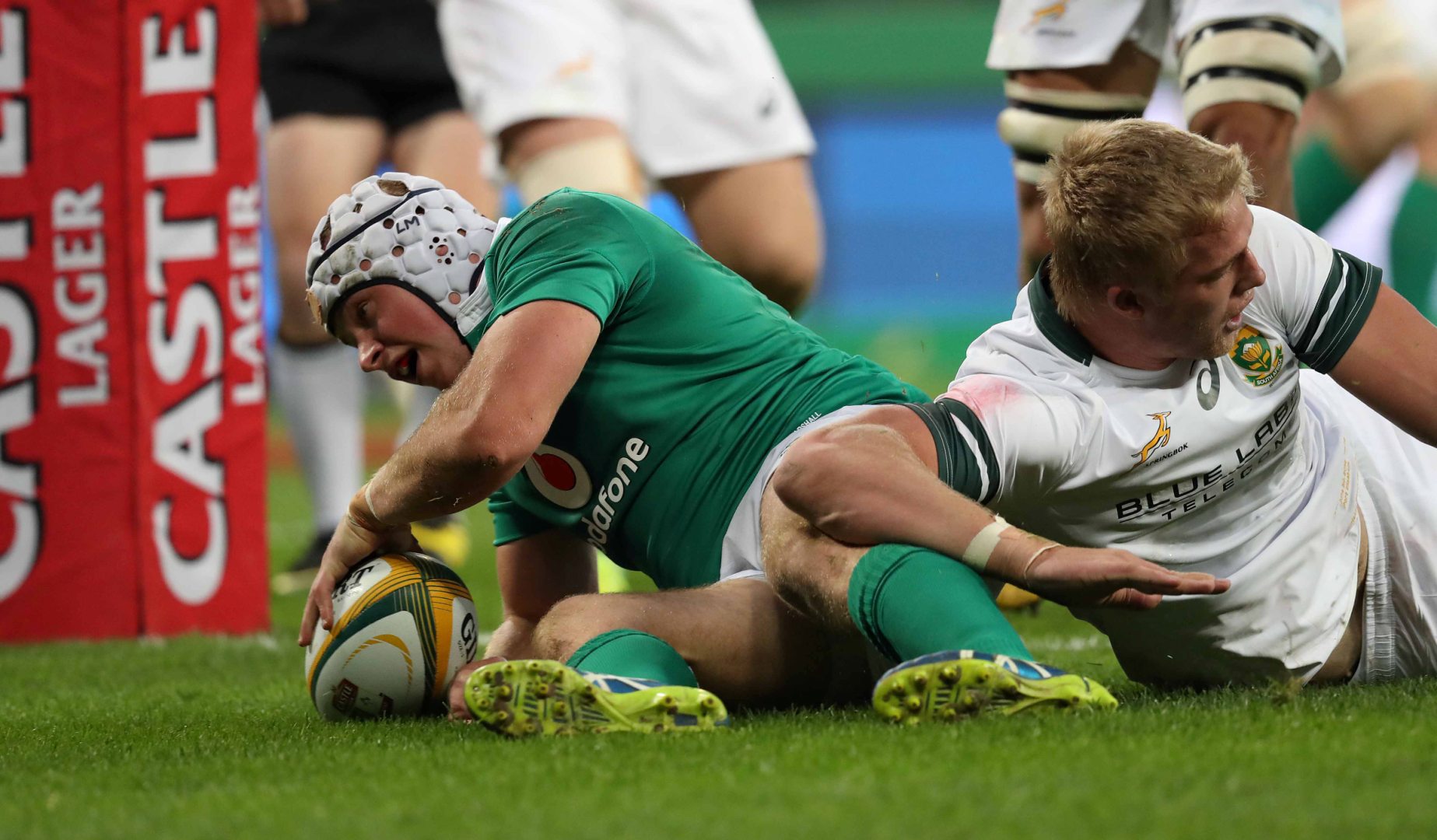 Ireland fell agonisingly short of a first-ever series victory over South Africa with a 19-13 defeat at the Nelson Mandela Bay Stadium in Port Elizabeth.

After winning the opening Test 26-20, Ireland were unable to become the first team to win a three Test series on Springbok soil since the 1997 British & Irish Lions.

Following England’s heroic success against Australia in Sydney, Wales’ battling defeat against New Zealand and Scotland’s narrow win over Japan, Ireland were unable to find the late try which could have given them victory.

Ireland will still be buoyed by their performances at the end of the long season however and here is what we learned:

Against tough southern hemisphere opposition, teams need to take every opportunity that presents itself so when South Africa were reduced to 14 men; Ireland knew they had to score.

Trailing 3-0 after ten minutes, Willie Le Roux received a yellow card which provided Ireland a way back into the game.

Joe Schmidt’s side took full advantage, getting themselves deep into Springbok territory for Luke Marshall to score his first international try at the conclusion of 13 phases of possession.

Paddy Jackson added the extras to give Ireland a 7-3 lead before Le Roux was permitted to return to the playing arena but it was the only time Ireland managed to cross the South African line.

A tough match. Disappointing to end this way but a tour to be proud of. #Teamofus #ShoulderToShoulder pic.twitter.com/KRkHgV7s6e

In just his eighth start in an Ireland shirt, Marshall’s try was one highlight in an extremely strong performance from the outside centre.

He beat four defenders and made 47 metres during the game to provide Ireland with some much needed impetus in attack.

Andrew Trimble also looked dangerous going forward with 61 metres made but was unable to find the key to unlock the Springboks in the second half.

Another strong performance from Ireland saw them dominate possession and territory which will give Joe Schmidt confidence that his troops are moving in the right direction.

Ireland enjoyed 68 per cent of the possession and 73 per cent of territory and made more than double the metres of the South Africans.

However, they couldn’t back-up their domination with points on the scoreboard.

Handling errors unfortunately continued to hurt the Irish who conceded 15 turnovers and there was to be no dream send off for the retiring scrum-half Eoin Reddan.

Ruan Combrinck’s mighty penalty from his own half gave South Africa a six-point lead on the hour mark and also demonstrated how far from the Irish line the home side spent much of their time.

But their defence was superb as no.8 Warren Whiteley made 22 tackles in the game with Pieter-Steph Du Toit making 15 and flanker Francois Louw completing 13.

South Africa demonstrated their true quality to take the series 2-1 with the visitors only able to break through their defence when they were down to 14 men.

The Ireland U20s have arrived at the AJ Bell. Atmosphere is building! #FutureIsGreen #WorldRugby20s pic.twitter.com/rupjRVUhUr


Without Jared Payne and Robbie Henshaw due to injury, Ireland will be incredibly proud of another strong performance where they ran South Africa all the way to the end.

Ireland may not have quite been able to get over the line but the tour will undoubtedly have provided an invaluable experience for this young Ireland squad.

Irish rugby fans can now turn their attention to their country’s under-20 side who face England in the final in the U20 Championship final later this evening.