The boot of Greig Laidlaw helped Scotland come from behind to snatch a hard-fought 21-16 win over Japan in Tokyo. [more] 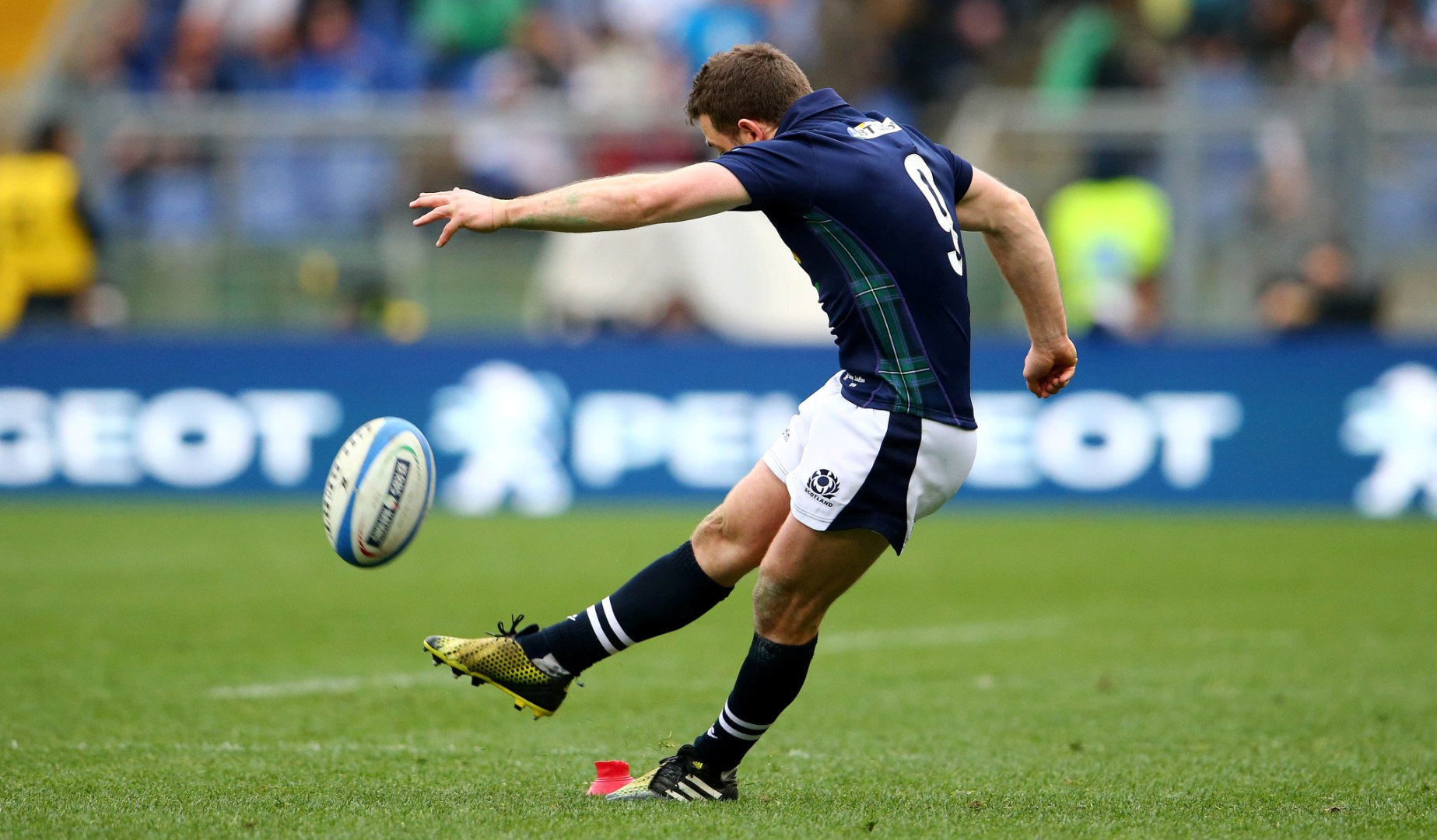 The boot of Greig Laidlaw helped Scotland come from behind to snatch a hard-fought 21-16 win over Japan in Tokyo.

Scotland had won all five previous contests between the sides – including a 26-13 triumph a week ago – but trailed for much of this game before Laidlaw’s two late penalties eventually made the difference.

In front of a record attendance for a Japan match of 34,073 people, the Brave Blossoms were superb at the Ajinomoto Stadium and were visibly distraught at the narrow loss when the final whistle blew but Scotland’s grit and determination saw them through.

Here is what we learned from the clash in Tokyo:

Trailing 13-9 at half-time and 16-15 with just ten minutes remaining, Scotland looked set to fall to a shock defeat.

Vern Cotter’s troops were on the back foot for most of the game but seven penalties was just about enough to secure a 2-0 series victory.

When they did have the ball, they struggled to break down a stubborn Japanese defence but were helped by the hosts’ ill-discipline that saw them concede 17 penalties, often killing their own momentum.

But Laidlaw came off the bench early in the second half and his metronomic kicking proved to be the difference.

Four penalties were slotted between the uprights, including two from well over 40 metres as Scotland’s Mr Reliable was ice cool when it mattered most.

Once they finally took the lead with nine minutes remaining, a series of powerful scrums then saw the game out.

The bravest of blossoms

Japan may have been heavy underdogs heading into this game but as they proved at last year’s World Cup when they beat South Africa, they are good enough to cause any team problems.

The Brave Blossoms played some fantastic rugby in Tokyo and will consider themselves unlucky not to have emerged with a first-ever win over Scotland.

There has been some scintillating rugby during the recent internationals but no try has been quite as spectacular as Japan’s first-half score here.

After starting from a line-out deep within their own 22, they went fully 90 metres in two phases with quick hands and fantastic offloading – Amanaki Mafi’s powerful run down the right wing the highlight before the move was finished off by Kaito Shigeno.

The key passages came with 15 minutes remaining as Japan led 16-15 and were camped deep in the Scottish 22.

They failed to find a way through and knocked the ball on but just two minutes later were knocking persistently on the door once again.

However, the Scotland defence forced a turnover, cleared their lines and won the penalty that would send them into the lead once and for all shortly after.

If Japan needed any more motivation to come out on top than recording a first-ever victory over Scotland, then it came with the presence of the Imperial Couple.

Emperor Akihito and Empress Michiko arrived at half-time to watch the Japanese rugby team for the first time and can’t have failed to be impressed by what they saw.

In the build-up to the game, Brave Blossoms captain Shota Horie had described the opportunity to play in front of the Emperor as a “very great honour”.

And the players from both sides did themselves proud with Japan performance appearing to impress the Empress in particular.