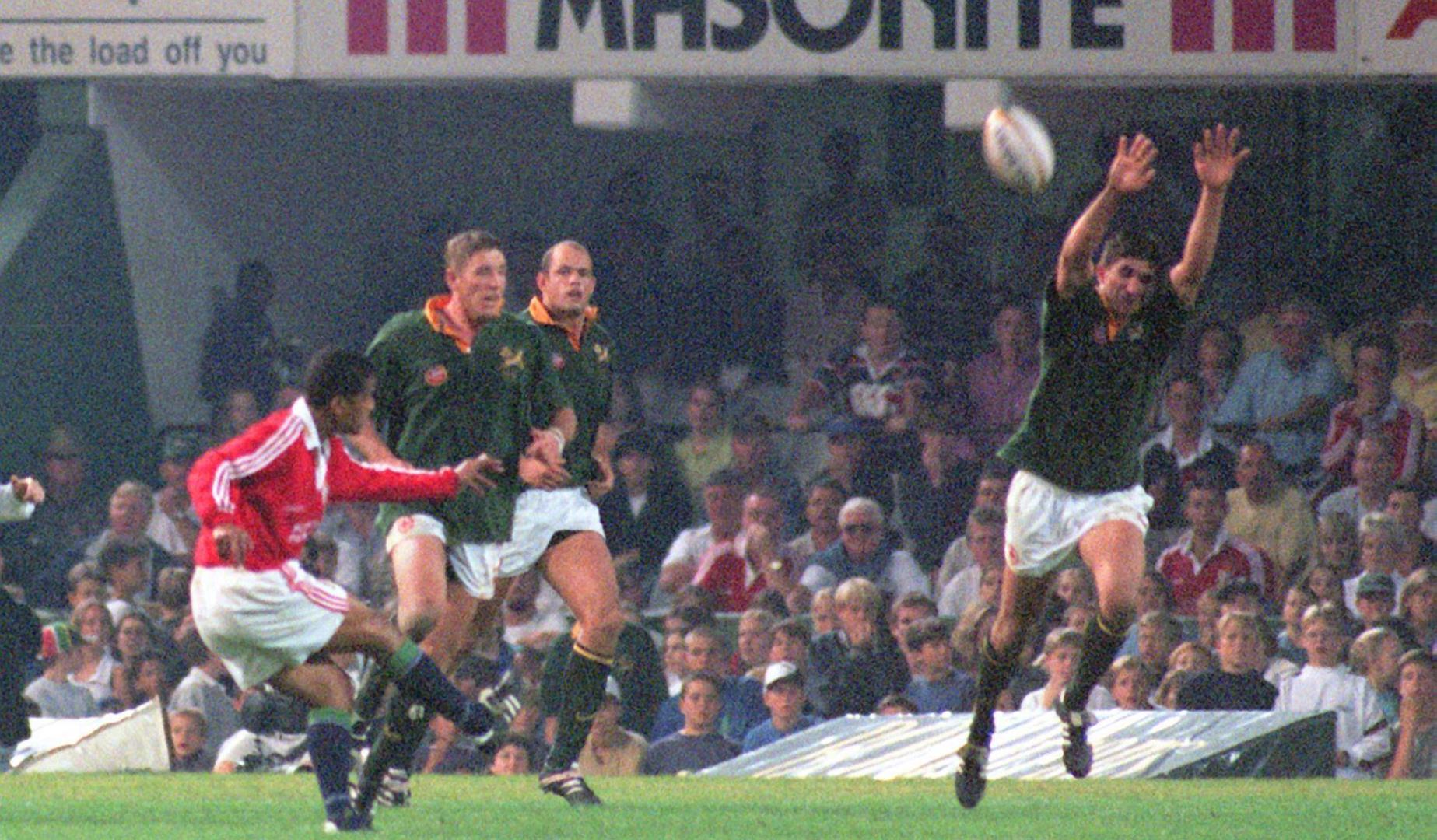 “Of all my rugby moments, the sound of that final whistle in Durban in 1997 was probably the sweetest.”

But for all the iconic moments surrounding The 1997 British & Irish Lions second Test win over South Africa that sealed the series, there is one oft-forgotten fact – the Lions did not actually play all that well.

At least according to head coach Sir Ian McGeechan and forwards coach Jim Telfer who had to endure a nerve-shreddingly close clash at King’s Park.

BOKS CHOKE IN FRONT OF GOAL

“People say they didn’t have recognised kickers, they did,” recalled Keith Wood.

After Matt Dawson’s dummy and Alan Tait’s decisive score in the first Test – the Lions knew the wounded Springboks would be out for revenge in Test two.

“When we didn’t there could have been a slight capitulation or a little bit of fear factor and a question mark about what we were doing but the strength of that team and the individuals and the adversity that we had been through all came out in the end.”

Jenkins then kicked them into a 6-0 lead against the run of play before the great Joost van der Westhuizen scored the hosts’ first try.

“The pressure mounted with each kick but every time I took my mind away from Durban and imagined myself back on the training field in Church Village,” he explained.

With the scores tied at 15-15 apiece after Jenkins’ fifth penalty and time almost up, the stage was set for Jeremy Guscott.

“In the second Test, there wasn’t, other than Jeremy’s drop goal and maybe Scotty Gibbs bowling Os Du Randt over, there wasn’t a huge amount going on but then there were key moments, decisions, line-outs won, big tackles made that made the difference and spurred us all on and the whole squad had been doing that throughout the whole tour,” added Dawson.

The final word must go to the great McGeechan however. “Of all my rugby moments, the sound of that final whistle in Durban in 1997 was probably the sweetest,” he said.