On this day: Brave 1993 Lions go down in decisive Auckland Test

The build-up to the third Test in 1993 was a week of contrasting emotions. In the red corner, The British & Irish Lions could dare to dream of a second-ever series victory in New Zealand. And in the black corner, the words of a baying public were ringing in the Kiwis' ears. [more] 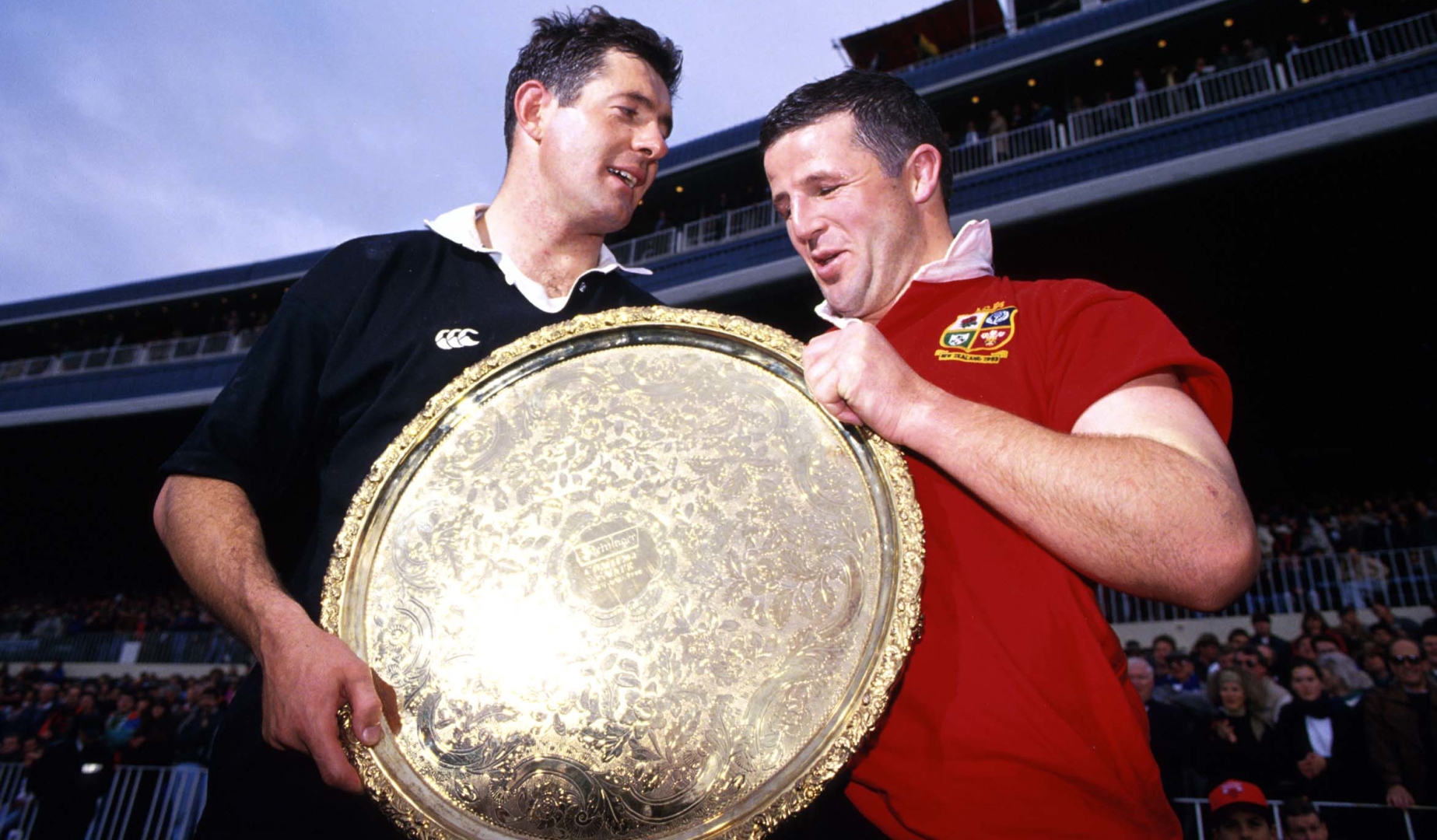 The build-up to the third Test in 1993 was a week of contrasting emotions. In the red corner, The British & Irish Lions could dare to dream of a second-ever series victory in New Zealand. And in the black corner, the words of a baying public were ringing in the Kiwis’ ears.

The Lions had put a heart-wrenching first Test defeat to one side by outplaying the All Blacks to a man in the second, the 20-7 triumph in Wellington proving their biggest-ever victory against New Zealand.

In a proud rugby nation for which defeat is simply unacceptable, the blowback was not kind for the hosts – though Lions captain Gavin Hastings always believed criticism would only add fuel to the All Black fire.

“I remember Sean Fitzpatrick telling me after the second Test, 'just wait until you read the papers',” he recalled. “He was right…but I had been in New Zealand many times and had seen what motivates these people.

“I spent the whole week convincing our guys this would be the hardest match of their lives, which is exactly what it turned out to be.”

Not that the first 15 minutes suggested New Zealand would keep their reputation intact. A try from Scott Gibbs – just 22 at the time of this Tour – and two Hastings penalties put the Lions in the ascendancy.

But New Zealand were ultimately a different beast in Auckland and, after that herculean performance in Wellington, Hastings sensed that the momentum had shifted.

“When you have a great performance and have raised your game to produce it – which is what we did in the second Test – it's very hard to maintain that level two weeks in a row. We just couldn't do it,” he admitted.

New Zealand were 14-10 to the good by half-time. Lee Stensness’ selection for the decider had been singled out for criticism but he chipped over to set up fellow centre Frank Bunce before skipper Sean Fitzpatrick, another man under pressure, rumbled over from close range.

Grant Fox, having converted both tries, did the majority of the damage with his boot in the second half – racking up 15 points in total – and scrum-half Jon Preston added the sheen to a 30-13 victory.

It was the last Tour of the amateur era but the series only enhanced the reputation of the Lions and ensured a smooth transition into professionalism.

And for Fitzpatrick, the series not only cultivated a mutual respect with opposing skipper Hastings and his Lions, but was the fulfilment of a childhood dream that had begun in 1971.

“I think (the photo) shows the relationship not only between Gavin and I but also the respect that the Lions and All Blacks have for each other,” he said. “It was a wonderful series and I’m very proud – the Lions shirt is my most treasured jersey.

“Growing up in New Zealand, to be an eight-year-old in 1971 when the British & Irish Lions to come to New Zealand made lasting memories.

“Some of my heroes such as Gareth Edwards, Barry John, Willie McBride, made memories for my generation that were growing up in New Zealand.

“As an All Black you get to play The Lions once every 12 years, so not many All Blacks get the opportunity. They’re the last bastion of real touring teams, so these are very, very special memories.”

News On This Day
Previous story Lions Changing Roles: Lock
Next story On This Day – The 2009 Lions sign off in style in South Africa