On This Day: Corbisiero inspires 2013 Lions to historic series win 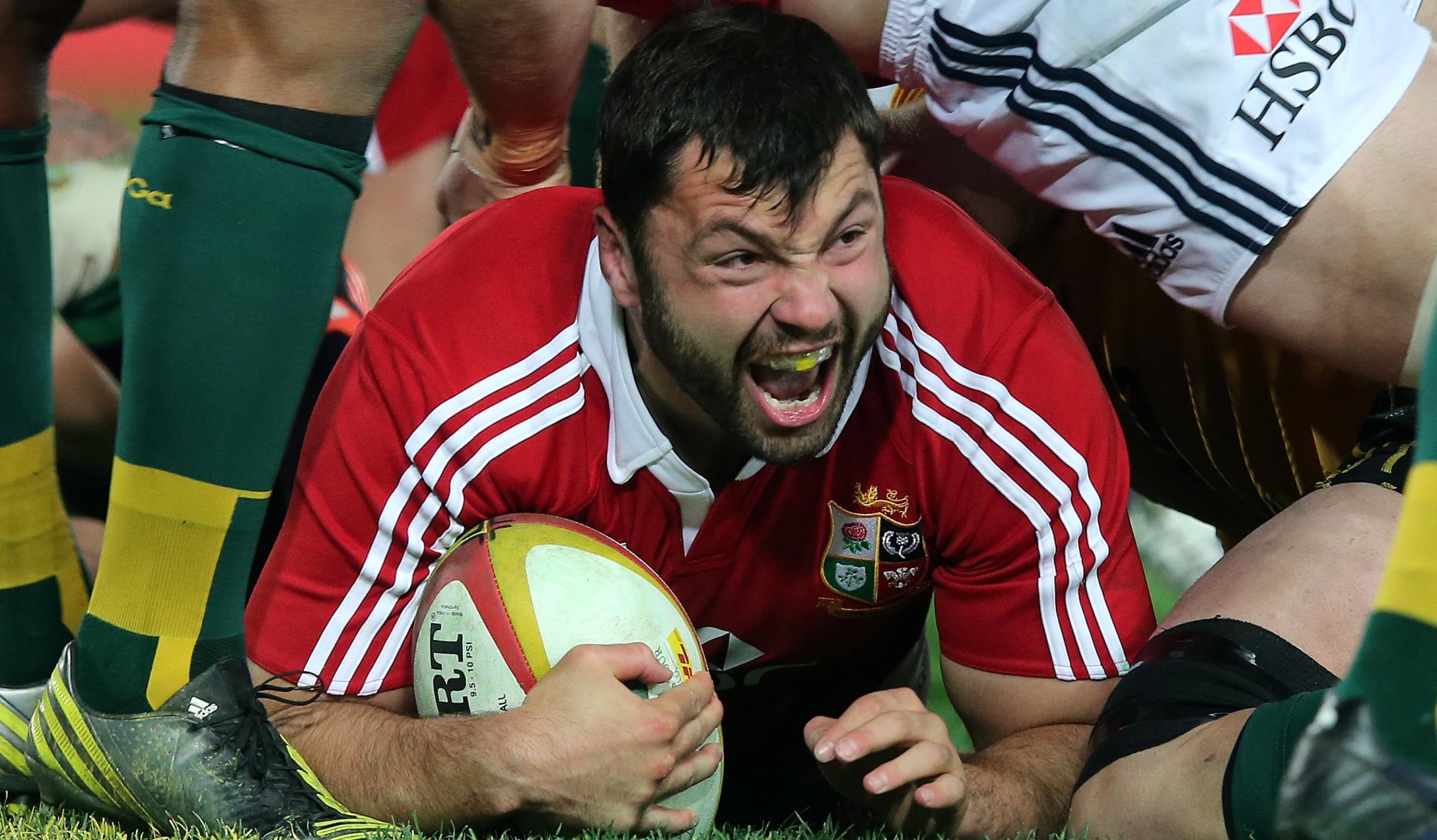 Jeremy Guscott in 1989, Martin Johnson in 1993 and then Alex Corbisiero in 2013 – England have developed a fine tradition of injury replacements that go on to star for The British & Irish Lions.

"It was just one of those days where everything seemed to go right."

Jeremy Guscott in 1989, Martin Johnson in 1993 and then Alex Corbisiero in 2013 – England have developed a fine tradition of injury replacements that go on to star for The British & Irish Lions.

Indeed so integral was Corbisiero to the Lions series victory over Australia three years ago that it might surprise some to recall that he was not included in the original touring party.

But after injuries to both Cian Healy and Gethin Jenkins in the early weeks of the trip, Corbisiero was summoned by Warren Gatland and the rest, as they say, is history.

The loosehead prop was impressive in the first Test in Brisbane but saved his best for last with a performance for the ages in the decisive third clash in Sydney.

The Lions had been his target at the start of the 2012/13 season but an injury-hit campaign that saw him miss out on that year’s Championship with England – traditionally the key shop window for Lions selection – meant he was always up against it to earn a spot.

“I was gutted when I missed out on the original squad but at the same time it made me think, a Lions tour is very long and I knew that I needed to stay ready,” he said.

“I was out in Argentina with England and I remember watching the Lions game when Cian (Healy) got injured and thinking, maybe there is an opportunity for me.

“By the time I woke up the next morning they had called me up, Stuart Lancaster by the pool told me the news – I remember one of the last things he said to me was there was an outside chance of me getting in the Test 23.

“I said to him I was going over there aiming to start the first Test! I was so excited and desperate to make the most of this opportunity.”

ROUND THE WORLD IN 36 HOURS

His trip from Salta to Brisbane took him almost two days to complete and the London Irish prop lost 3kg just by sitting still for that length of time.

But in the time it took him to unpack his bag, put on his Lions suit and sit in the stands for the Lions clash with Queensland Reds, he felt part of the team.

The Lions were improving with every game on that tour – but they hit a roadblock in the final warm-up game before the first Test in Brisbane.

Defeat to the Brumbies – in which Corbisiero played half an hour as a second-half replacement – was a blow to the tourists’ momentum.

But the then 24-year-old started the first Test and, despite tweaking his calf, produced a fine showing in the tight – mainly because as he put it himself: “I didn’t know how serious it might be, if this was going to be the end of my tour, I was going to give it everything and there was no way I was coming off.”

The calf injury proved to be quite serious – initial prognosis had him on three-four weeks recovery time – too long to get him ready for the second or even the third Test.

“I remember Wig (Graham Rowntree) saying to me ‘If we win the second test you can go home, if we lose it then I’m going to need you for the third,” he added.

“It was touch and go, I only started jogging again the week of the second Test and I was working as hard as I could to be ready.”

The Saturday of the third Test arrived and Corbisiero had recovered enough to reclaim the No.1 shirt.

“I remember we moved hotels the morning of the first Test to be nearer the stadium – that had to be one of the longest days of my life!

“We were sitting there in a blacked out meeting room and you could hear the atmosphere building outside from so early on – ‘Lions, Lions, Lions!’ – it was hard to stay cool and calm to be honest.

“I remember Gats taking me to one side at lunch and talking to me about Ben Alexander – who had been a real handful in the second Test at scrum-time for the Wallabies.

“Basically he just said to me: ‘Get that guy for me, will you?!’ So I knew what my job was and I couldn’t wait to get out there.”

And what a fantastic start the Lions – and Corbisiero specifically – made to the all-important clash.

After Will Genia knocked on the kick-off, from the first scrum the tourists were up and running.

“I have never scored a try for England, I had a few for London Irish but none at international level so I wasn’t really expecting to get a try for the Lions,” he added.

“I can remember it unfolding, it all started with a scrum – we had noticed, and warned Romain Poite in the week – that Australia like to go early in the first scrum to try and steal an advantage and put a marker down.

“Sure enough they did it again, Poite gave a free-kick that Mike (Phillips) tapped quickly and Tommy Bowe went down the right.

“When the ball came back to Sean O’Brien I hitched behind and pushed him close to the line.

“And then I can still see it now, I am coming round the corner and I am sure, that close to the line, that Mike (Phillips) isn’t going to pass it! Surely not!?

“But he does, I spin clear and am over – it was a fantastic feeling.

“But straight away – after I have put my hand on heart and motioned to the sky for my Nana Lily, I remember desperately trying to stay calm.

“I have a tendency to get too hyped up and burn energy when celebrating and I looked at the clock and there were still 78 minutes left to go!”

But he needn’t have worried, as the game itself was just one of those days where everything seemed to go right – especially in the set-piece.

Alexander was sin binned in the first half and never came back on.

But despite a dominant first half, James O’Connor’s try before half-time kept the Wallabies within touching distance – they only trailed 19-10 at the break.

“They never seemed to go away, Australia, regardless of how the game was unfolding,” added Corbisiero.

“But that day the Lions’ power game was too much, and finally the backs clicked into gear as well.

“There is only so long you can go on conceding penalties, being on the back foot and having to hold on – eventually the dam is going to burst and so it did.”

Second-half tries from Jonathan Sexton, George North and Jamie Roberts sealed a dramatic win to spark incredible celebrations at the final whistle – which included the remarkable sight of Hollywood royalty Daniel Craig in the changing rooms.

“I remember Jamie Roberts scoring near the end and then we knew it was all over – I had just gone off and the rest of the bench then got their chance,” added Corbisiero.

“Then we were just all hugging each other, the scenes in the changing room were just fantastic. Daniel Craig was there and we were all singing the James Bond theme. It was just a fantastic feeling.

“Gats was absolutely chuffed for me – he said I was his man of the match which was an amazing feeling.

“Leigh Halfpenny deserved it for the way he played not just in that third Test but throughout the series but for Gats to say that about me was special.”

After the changing room was a celebration in the Sydney Opera House that did not get underway until 2am.

“Much respect to the Aussies who to a man were all there and had a drink with us – incredible sportsmanship,” remembers Corbisiero.

“The best thing was that we finished the Test on the Saturday but did not fly home until the Tuesday.

“Those two days after the last Test are some of my best memories, everyone together, proper bonding time that solidified friendships for life.”