On This Day: The 1989 Lions battle back at Ballymore 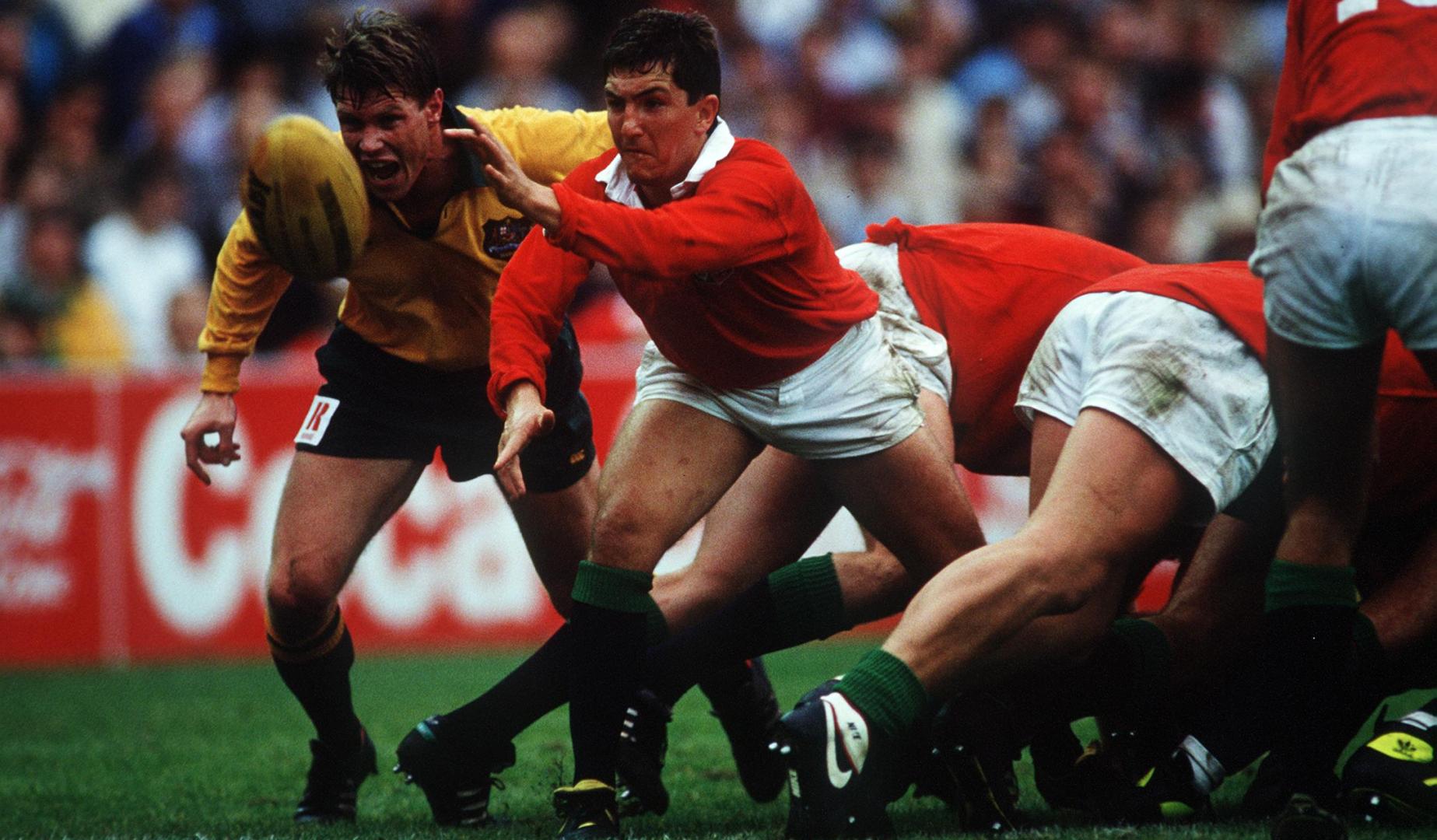 Only once have The British & Irish Lions staged a come-from-behind Test series victory in their long and venerable history and it came in 1989 in Australia.

“We made changes that had a significant part to play in the second Test, we wanted to become more physical."

Only once have The British & Irish Lions staged a come-from-behind Test series victory in their long and venerable history and it came in 1989 in Australia.

The tourist were comprehensively outplayed and outfought in the first Test as the Wallaby half-back pairing of Nick Farr-Jones and Michael Lynagh orchestrated a 30-12 victory in Sydney.

They outscored Sir Ian McGeechan’s tourists by four tries to nil and the writing appeared to be on the wall for the series as a whole.

But an English spine to their pack – five of the eight for the second Test hailed from the Red Rose – turned the tide in Brisbane with a physical brand of rugby that crushed the Wallaby spirit.

And scrum-half Rob Jones – who finally got one over his old rival Farr-Jones in a feisty encounter – admits his side had needed something extra special that week at Ballymore.

“Perhaps we were slightly overconfident going into that first Test, the difference between provincial rugby and international rugby and when the players put on international jerseys, they lifted their game significantly – that caught us out a little,” he said.

“We got blown away in that first game, we were beaten by a much better side, but at the same time, within the squad, there was a belief that we had the quality to turn things around.

“We made changes that had a significant part to play in the second Test, we wanted to become more physical.

“There was a weakness in Australia, but it wasn’t in their rugby ability, it was perhaps in their ability to cope with physicality – so the likes of Wade Dooley, Mike Teague, Dean Richards – if we could get the upper hand up front, we had the overall ability to win that Test, which would put us in a position to win the series.”

The Lions pack had plenty of brawn

Tour captain Finlay Calder offered to stand down after the first Test but his squad rallied around him and with fellow flanker Mike Teague declared fit – the Lions pack was beefed up with Wade Dooley also coming into an all English second row with Paul Ackford.

Behind the scrum two more Englishmen were given the nod as Rob Andrew started at fly-half while Jeremy Guscott – a late injury replacement to the squad with only one England cap to his name – was given a baptism of fire in the centres.

And it was those personnel changes plus a tactical shift that made all the difference.

“We had a great coach in Ian McGeechan, his first time coaching the Lions and he changed selection and the way we played.

“He realised that they had a lot of strengths but if you pressurised those strengths, you could form a weakness.

“Their half-backs in particular, Nick Farr-Jones was a great captain, a great leader and he had a massive influence on the first Test.

“If you could pressurise him, his game didn’t function and then the probability was that Australia’s game wouldn’t function.

“I tried to put as much pressure on Nick as possible, resulting of course in the punch-up, the battle of Ballymore – but that was all part, not necessarily the punch up, of trying to get under their skin and knock him and others off their game a little, stopping them from having the comfortable, arm-chair ride that allowed them to dictate things in the first Test.”

HOW THE GAME UNFOLDED

The Wallabies struck first in Brisbane, Lynagh switching play magnificently to release Greg Martin who dotted down in the left corner.

But an Andrew drop goal meant the tourists only trailed 9-6 at the interval (tries were still only worth four points back then).

And after the break the Lions’ attacking game finally clicked into gear – Gavin Hastings’ try putting them in front for the first time in the series – the Scottish full-back scooping up a loose ball on the ground and breaking clear after an initial break from Calder.

Andrew missed that conversion but the stage was set for Guscott – the man who would go on to become one of the Lions’ all-time great centres – to put the icing on the comeback cake.

David Campese spilled a high bomb from Jones and when the ball was worked to Guscott the 23-year-old dabbed a clever grubber kick through, burst clear to collect and ground under the posts.

Jeremy Guscott supplied the 'crucial' moment in the second Test

“Jerry was crucial in that Test and he was for many years to come, I think we always knew that he was a real natural talent – a player who could make things happen,” added Jones.

“You don’t see many players in midfield who glide around the park like he did, we were well aware even during the early stages of the tour that this guy had the potential to be world class and stay around the world game for quite some time.

“His first Test really emphasised that, we had a great platform to work with, we had a quality pack, a big physical pack who delivered the sort of front foot possession that would naturally give someone like Jerry Guscott, with his skill set, to play the way he does.

“It came through in that game and for many years to come, that was the start of what became a fantastic career.”

The stage was now set for the decisive third Test back in Sydney and it was all to play for.