In the current era of highly-specialised professional players, the notion of juggling two sports at once seems nigh on impossible. [more] 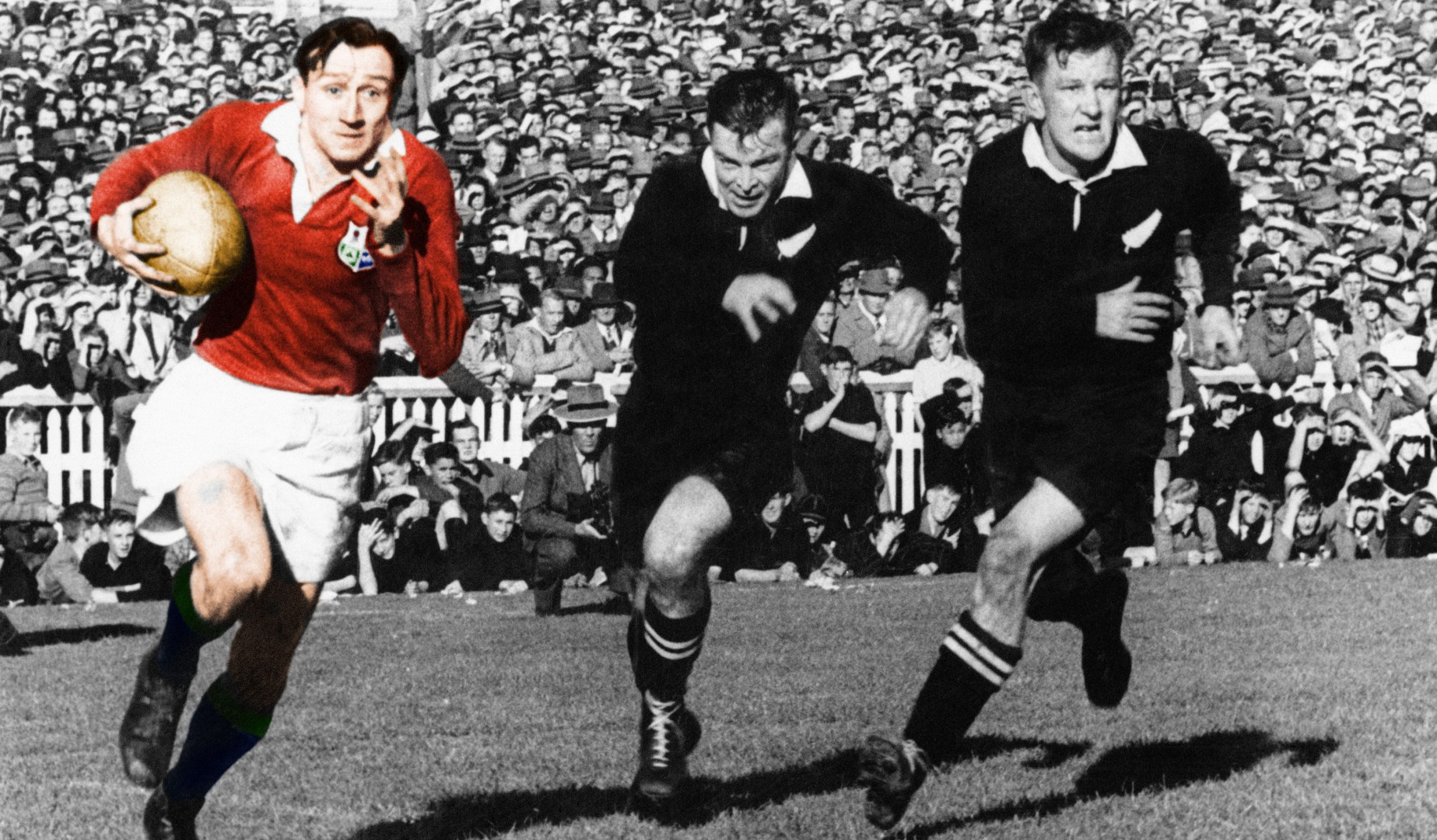 In the current era of highly-specialised professional players, the notion of juggling two sports at once seems nigh on impossible.

But in the heyday of amateur rugby there were a select few who achieved incredible success both in a British & Irish Lions jersey and everywhere from Wimbledon’s pristine lawns to the Olympic running track.

Rugby’s return to the Olympics means the days of medal-winning Lions could yet return and many of today’s stars opted for the oval ball over other equally promising sporting careers.

But as Great Britain’s finest prepare to vie for gold, here are the Lions finest all-rounders.

Arthur Shrewsbury, one of the men who organised the Lions first Tour, was the first cricketer to score 1,000 Test runs.

Such was his prowess as an opening batsman for Nottinghamshire that WG Grace was noted as clamouring for his inclusion in the England side, his reported refrain being: “Get me Arthur”.

Rugby and the Olympics

With two gold medals – in 1920 and 1924 – the United States are the most successful Olympic rugby nation.

However in the 1908 London games, the Olympic final saw Australia face ‘Great Britain’ – a side that was in fact the winner of that year’s County Championship, Cornwall.

There were three Lions on display, Cornishmen John Jackett and John ‘Maffer’ Davey, who toured New Zealand and Australia in 1910 and won silver with Great Britain in 1908, as well as the infamous Tom ‘Rusty’ Richards.

Richards is the only man to have played for both the Wallabies and the Lions, winning won gold with Australia in 1908 as well as playing on their first-ever overseas Tour in the same year, before joining Jackett and Davey on the 1910 Lions trip to South Africa.

When it comes to sporting polymaths, Stan Harris is the daddy of them all. A star of the 1924 series in South Africa, Springbok captain Pierre Albertyn rated him as the Lions best back.

He made more Tour appearances than any other player in 1924, while his final-test try was rated as the best of the series.

A school-boy rugby star, he was wounded in World War One and took up ballroom dancing to help relieve the boredom of his recuperation.

After just a year he reached the final of the World Ballroom Dancing Championships.

He turned down a place in the Great Britain Olympics squad to focus on his rugby and played twice for the 1920 Lions before emigrating to South Africa.

After his pivotal role on the 1924 Tour, he went on to play Davis Cup tennis for South Africa and won the national amateur light-heavyweight title.

Miraculously, he survived a spell on the Thai Death Railway before going on to play water polo for England and win the mixed doubles at Wimbledon.

Harris, unsurprisingly, was honoured with a CBE.

English international and Lions manager in 1927 and 1930, James ‘Bim’ Baxter won a silver medal in the 1908 Olympics as a yachtsman.

South African-born Brian Black won two gold medals at the World Bobsleigh Championships in 1937.
He claimed gold with Frederick McEvoy in the two-man event, before also sealing top-spot in the four-man.

Newport and Pontypool winger Ken Jones will be forever remembered for a spectacular length-of-the-field try that so nearly wrenched Test victory from the All Blacks at Eden Park in 1950.

But Jones’ eye-watering pace was hardly inconspicuous, as he had won a relay silver at the 1948 London Olympics and refused a place in the Welsh athletics team for the 1950 Empire Games to tour with the Lions.

Legendary Lions fly-half Jack Kyle remembers the moment Jones took the pass from Welsh tyro Lewis Jones: “Ken having won a silver medal in the Olympics was not going to be caught. I can still see it and feel it and I remember thinking, ‘We have a chance here.’”

Jones finished that Tour with 16 tries in 17 games and was named in New Zealand Rugby Almanac's five 'Players of the Year'.

Lions have tended to excel in the ring, as legendary captain David Bedell-Sivright – who is said to have once tackled a cart-horse on Edinburgh’s Princes Street – was Scottish Amateur Heavyweight Champion, while Rob Wainwright and Stanley Harris were both well versed in the sweet science.

But Dr Jack Matthews, nicknamed ‘Iron Man’ for his ferocious tackling, who partnered ‘Prince of Centres’ Bleddyn Williams in 1950, claimed the biggest scalp of all.

Rocky Marciano, a man who retired as World Heavyweight Champion with a perfect record of 49 wins without a loss, only ever went the distance six times as a professional but when he fought Matthews as an amateur, he met his match.

Stationed in Wales during World War Two, he and Matthews scrapped it out for three rounds for the result to be declared a draw.

If it was not for his father, Lions legend JPR Williams – critical to both the glorious 1971 triumph in New Zealand and the 1974 ‘Invincibles’ – may well have found himself on centre-court rather than Cape Town.

Tennis was JPR’s first-love and he dreamed of winning Wimbledon as a boy, something he achieved by beating David Lloyd to become a junior champion at the All-England Club.

He also won a world under-age tournament in Canada with wins over future top-tenners Sandy Mayer and Dick Stockton, though Williams himself reckons he would have never achieved major success if he stuck with it.

When tennis went professional in 1968, his father – suspicious of professional sport’s fragility in its early days – strongly advocated JPR getting a ‘proper’ job and so a career as a surgeon, amateur rugby and Lions glory beckoned.