Beauden Barrett ensured the power of New Zealand shone through once again as the Hurricanes overcame the Lions 20-3 to secure their maiden Super Rugby title at Westpac Stadium. [more] 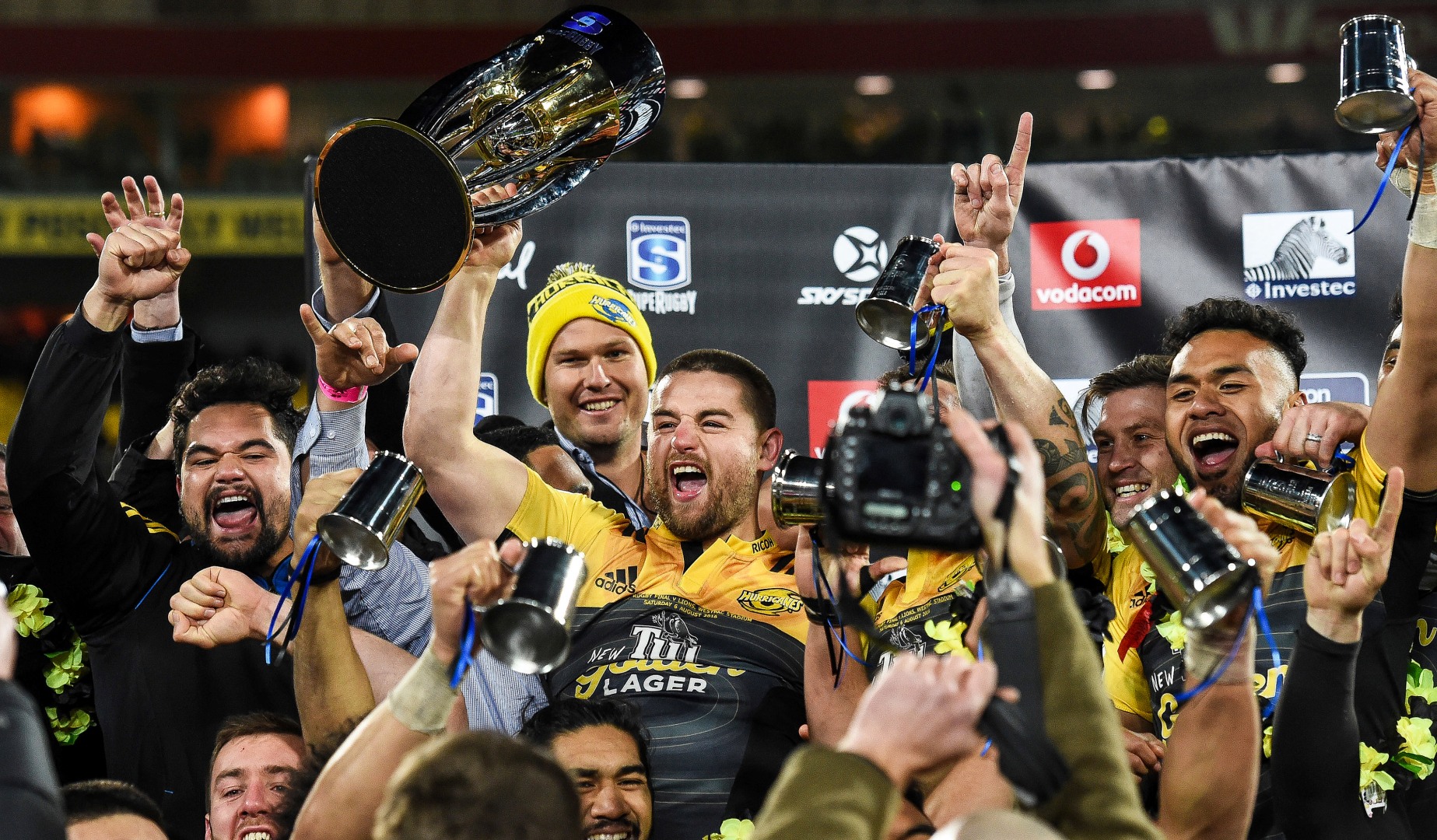 Beauden Barrett ensured the power of New Zealand shone through once again as the Hurricanes overcame the Lions 20-3 to secure their maiden Super Rugby title at Westpac Stadium.

So often had the Canes been the nearly men of the competition, but Barrett – who could face The British & Irish Lions next summer – starred to score all but five of his side’s points and ensuring that all New Zealand sides have now won the Super Rugby title.

On a miserable night in Wellington, where the second Lions Test will be held next year, Barrett prevailed in the inevitable kicking duel, getting the Canes on the scoreboard with an 11th-minute penalty.

It was to get better for the Kiwi outfit, set to welcome the Lions to the Westpac Stadium next year, with Cory Jane scooping a low, flat kick before running into the corner and touching down.

And from there the game belonged to Barrett. The 25-year-old kicked the extras from the tightest of angles in the corner, and while Elton Jantjies pulled the deficit back to seven for the Lions with a 25th-minute penalty, the New Zealanders ran the show from there on.

Ten minutes into the second period and Barrett took aim once again, this time from 40 metres as the Canes could begin to taste a potential first success, with frequent Lions knock-ons helping their cause.

And 12 minutes from time, Barrett sealed the game, capitalising on a scrappy visitors’ lineout to pounce on the loose ball over the try-line, converting his own score to send the Lions into a 20-3 lead, avenging last year’s final defeat to the Highlanders and claiming their maiden title.

Making up for lost time

While it was a 15th win in 18 clashes against the Lions, earning a Super Rugby title had been a long time coming.

"There’s been a lot of sorrow for this club and tonight we can finally say we’re champions for a Hurricanes team that’s been trying for a lot of years,” said captain Dane Coles.

"This goes out to all the Hurricanes players who have played for the jersey. We finally did it.

"It's bigger than us, like it's bigger than this team. People deserve it that didn't get it and just to say that the Hurricanes have finally won a championship is just outstanding and I'm just so proud, like I said, to be a Hurricane."

After Coles had to undergo a fitness test just to take the field, he was forced off the pitch just after half-time with the same rib cartilage injury which ruled him after the quarter-final.

And for Barrett, whose side didn’t concede a try in the play-offs, the way his captain and All Black delivered on the biggest stage of all was a sight to marvel in.

“I thought he was crazy," said the man of the match.

"He went to carry a ball and you could tell he didn't want to make contact [with the opposition tacklers].

“Colesy said during the week that he'll play with one arm, there's nothing that's going to stop him and he's been so driven this year and especially when he got the injury, so there was nothing that was going to get in the way for Colesy tonight."