Sonny Bill Williams' Olympic dream turned into an injury nightmare after he suffered a partial Achilles tear which is set to rule him out for up to nine months. [more] 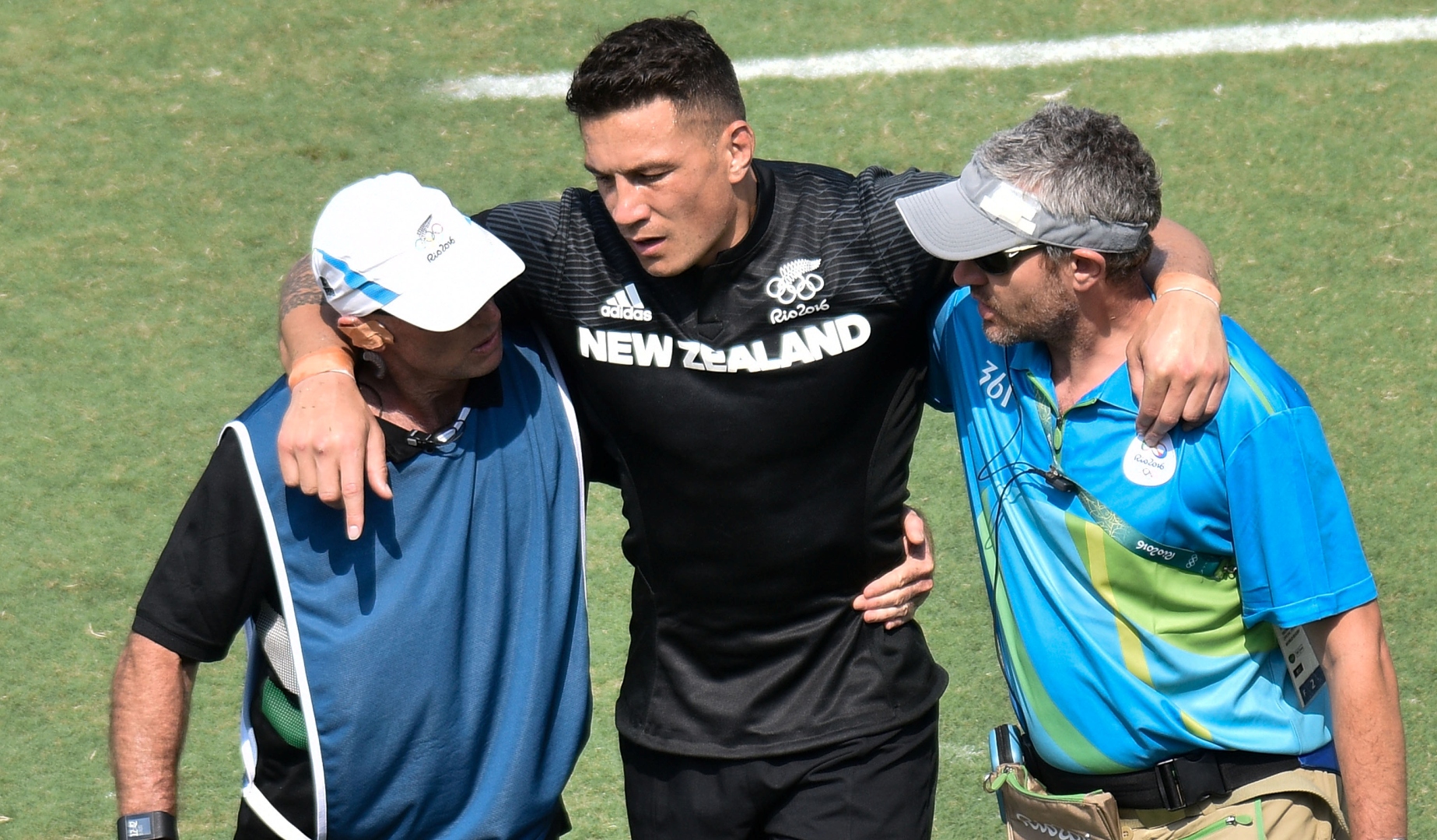 Sonny Bill Williams’ Olympic dream turned into an injury nightmare after he suffered a partial Achilles tear which is set to rule him out for up to nine months.

The cross-code superstar was forced off in New Zealand’s opening game in Rio as they were stunned by Japan 14-12, and it was later revealed that he will be out of action for the remainder of the competition.

He will also miss the Rugby Championship, having last week been included in the All Black squad, with Ryan Crotty, Malakai Fekitoa and George Moala the other midfield options for Steve Hansen’s men.

The All Blacks are set to call up another centre, according to chief executive Steve Tew, as they look to reclaim the Rugby Championship crown ahead of next year’s arrival of The British & Irish Lions.

"He will be out of rugby for six to nine months," Tew told Newstalk ZB.

"He will be unavailable for the All Blacks and Steve [Hansen] and the other coaches will have to start thinking about a replacement. Whoever gets that chance will make the most of it."

New Zealand bounced back from their opening loss to beat Kenya 28-5, and go into their final pool game against Team GB in need of a win to reach the last eight.

Down but never out, always praise to the most high for blessing me with so much! Let's go @nz7s we still in this ?? pic.twitter.com/NtEpvTWfo1


Meanwhile All Black hooker Dane Coles admitted it was a blow to lose Williams, but has backed whoever replaced him to step up.

He said: "It's obviously very gutting. He's a world class player, but the thing with the All Blacks is when someone gets an opportunity, they usually step up, so I don't know who they're going to call in, but I'm sure whoever gets that chance, they'll step up."

New Zealand News
Previous story My Lions Hero: David Duckham on Barry John
Next story Chiefs youngster gets the nod to replace SBW for All Blacks