All stories have to start somewhere. The 1904 clash between The British & Irish Lions and New Zealand was the first Test meeting between the two sides, starting a fierce sporting rivalry which spans 38 matches and 11 tours. [more] 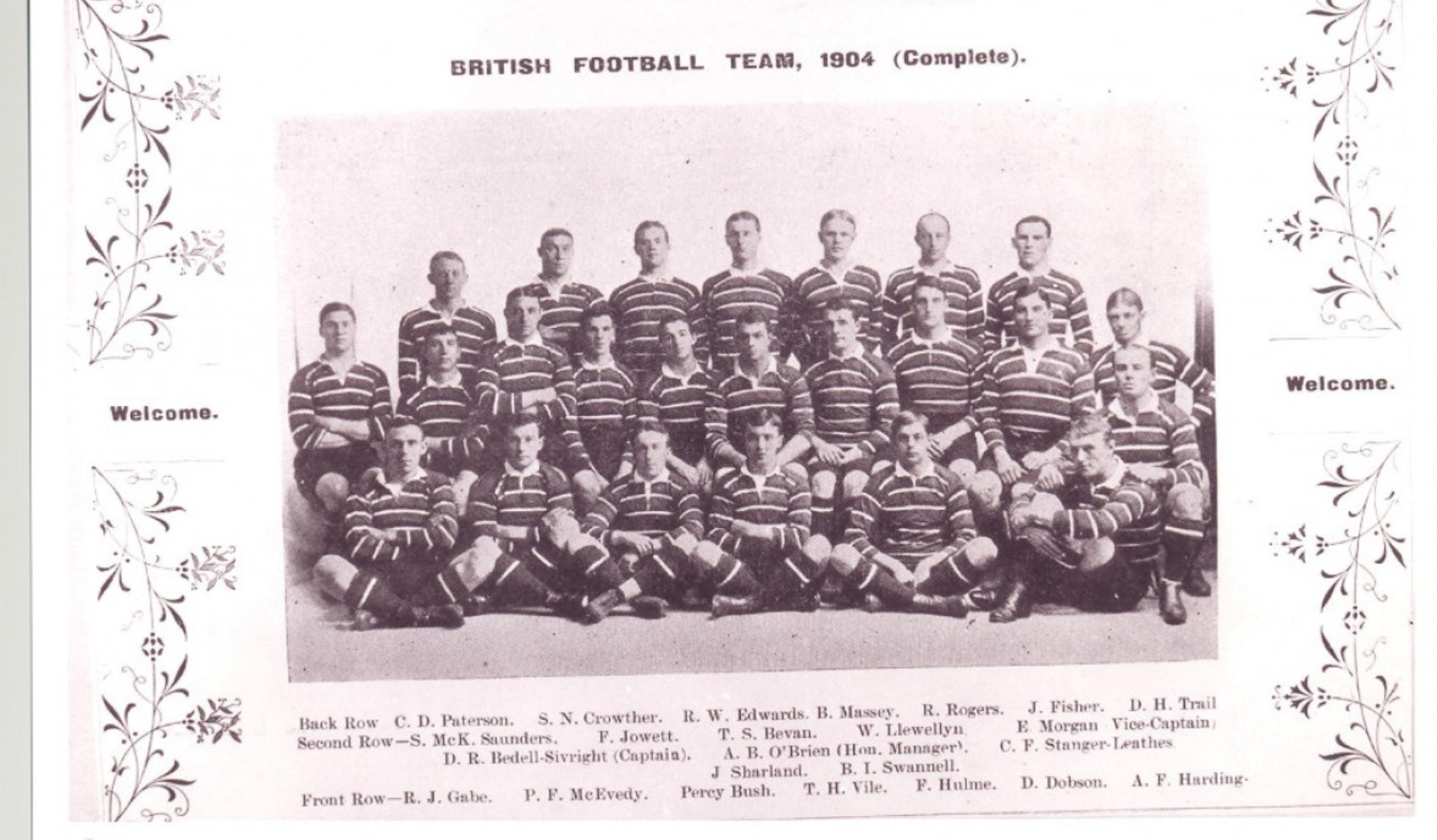 All stories have to start somewhere. The 1904 clash between The British & Irish Lions and New Zealand was the first Test meeting between the two sides, starting a fierce sporting rivalry which spans 38 matches and 11 tours.

The Lions first toured New Zealand and Australia in 1888, but it wasn’t until 1904 that a recognised Test was played between the two, with the hosts running out 9-3 winners.

Led by Scottish forward David Bedell-Sivright, the Lions suffered an inauspicious start to the New Zealand leg of the tour as Bedell-Sivright broke his leg in the opening game against Canterbury in Christchurch. The Lions won 5-3 but lost their captain for the rest of the trip.

Teddy Morgan – who would score Wales’ only try in victory over the All Blacks a year later – assumed the captaincy and the Lions came through their first game to beat an Otago-Southland combined XV 14-8.

But on August 13, the Lions were undone by a New Zealand’s infamous ‘Rover’ Dave Gallaher and the hosts’ 2-3-2 forward formation. The laws were later changed after the 1930 Tour, meaning teams had to have three men in the front row.

In front of 20,000 spectators at Athletic Park in Wellington, Billy Wallace kicked the All Blacks in front after half an hour. But the Lions drew level before the break when London Welsh’s Arthur Harding slotted home a penalty.

After half-time the hosts' quality told with Duncan McGregor scoring two tries. At full-time he was carried from the field shoulder high by supporters who invaded the pitch to celebrate.

Afterwards, Bedell-Sivright admitted his team had been beaten by the better side, suggesting tiredness from travelling and the generous hospitality of New Zealand might have played a part in the loss.

The Lions team that day contained two New Zealanders. Pat McEvedy and Arthur O’Brien were both medical students at Guy's Hospital in Southwark and eventually returned home to practice medicine. McEvedy would go on to become President of the New Zealand RFU.