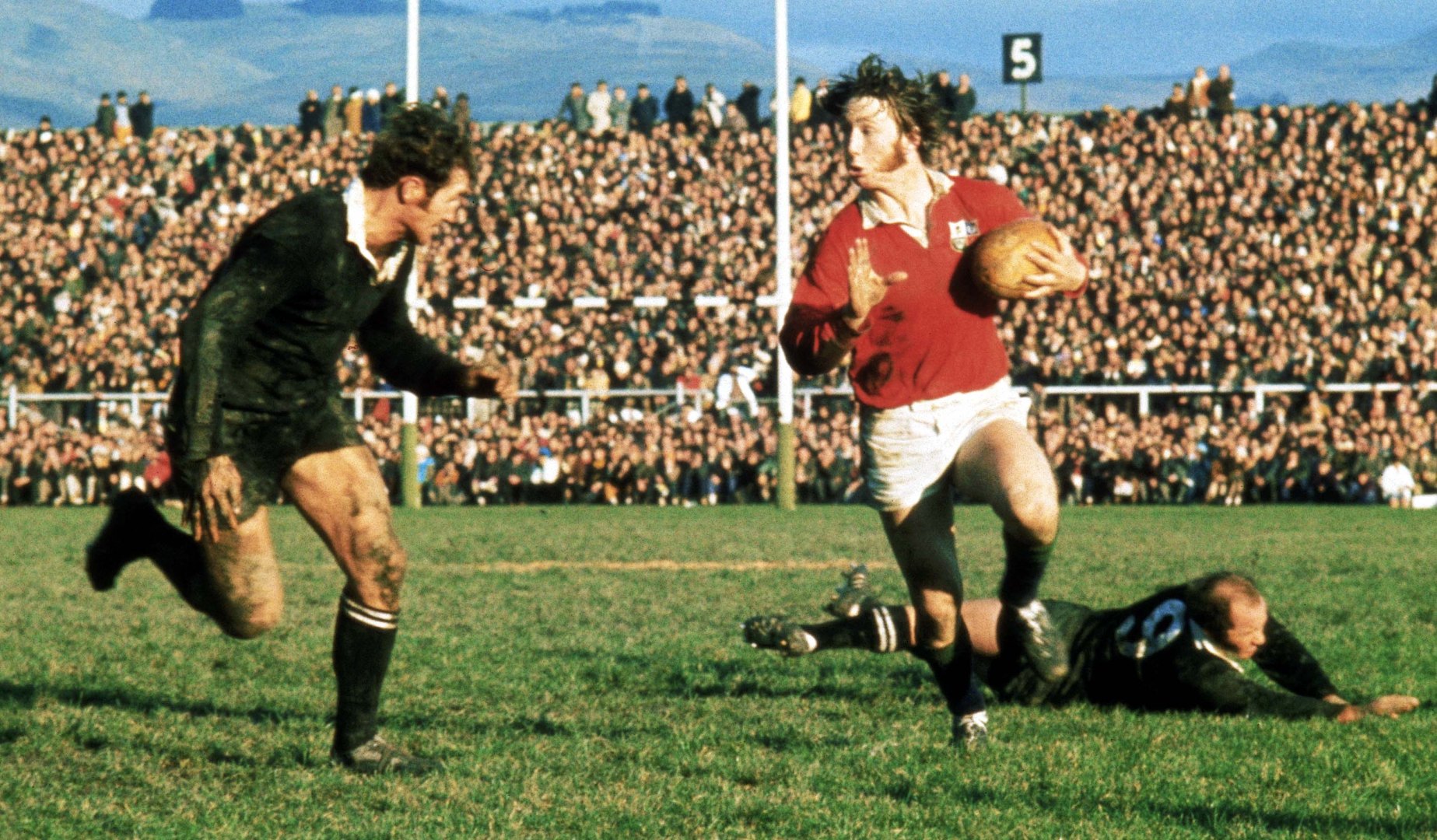 The 1971 British & Irish Lions Tour to New Zealand was the Tour of predictions and the fourth Test at Eden Park was when two of the most outrageous came true.

"I said I would drop a goal. Obviously no-one believed me."

The 1971 British & Irish Lions Tour to New Zealand was the Tour of predictions and the fourth Test at Eden Park was when two of the most outrageous came true.

Doug Smith famously tipped the Men in Red for a 2-1 series victory – which they could only achieve with a draw in the final Test, having taken the series lead a fortnight earlier in Wellington.

However, what is slightly less known is that legendary Wales full-back JPR Williams had a prophecy of his own that came to pass – and just as crucially.

“It was the end of a long tour and at that stage a lot of the guys were a little homesick,” Williams recalls.

“On the bus going to the game I thought I would try to make them all laugh. I said I would drop a goal. Obviously no-one believed me.”

They should have done!

With the game evenly-poised at 11-11 and less than half an hour remaining, Williams came through on his prediction, nailing the only drop goal of his international career.

Laurie Mains went onto knock over a late penalty, but the Lions held on for their first, and to date only, series win over the All Blacks.

And while Williams was not a regular kicker, he explained that he had been preparing just in case he was called upon.

“I had been practising with Bob Hiller and Barry John and when the drop goal came we were going backwards at the time,” he added.

“David Duckham passed the ball to Barry, he gave it to me and I just hit it. As soon as I hit it I knew it was going over.

“My prediction came true, but Doug Smith’s was more remarkable. He said 2-1, I just don’t know how he came up with that.”

Duckham’s recollections are slightly different, but 45 years on his admiration for his Welsh team-mate and roommate has not dimmed.

Duckham explains: “It was touch and go for most of the game, and they came back at us in only the way New Zealand can. They were ahead for much of it, we came from behind and I was involved in the move which led to JPR’s drop – through a touch of good fortune I must admit.

“We had a lineout on my left wing, halfway between the 25 and the halfway line. The ball came loose at the front of the lineout, so I grabbed it and was about to make hay with it but was hauled with one arm in the tackle, and all I could do was swing round and try and project the ball out towards Barry John.

“He was approached by a defender, flicked it out to JPR who had come into the line as if he was prepared to run it. But he just stole the moment, kicked this magnificent goal and there’s a famous shot of him raising his arm to the main stand.

“People must have thought ‘what a showman, who does he think he is?’ but we knew on the pitch that he was gesturing to Bob Hiller.

“He was the England and Harlequins captain at the time, who was never going to replace JPR from the side, but the two had discussed the requirements of a perfect full-back, and that included being able to kick drop goals, so that signal was absolutely typical of him the perfectionist.

“The ball was never going to go anywhere else except for through the middle of those posts. Under pressure, he absolutely nailed it. We all just hugged him. In those days celebrations after points were very muted and restrained, but my goodness we could have all kissed him!

“That was the genius of a great player.”

The win sealed the most famous of Lions victories and those men will go down in history as the first to defeat the mighty All Blacks in a series.

Williams had enjoyed his time in the Land of the Long White Cloud that he stayed on for another three months as he continued his medical training – and while it took the locals a while to come to terms with the loss, their hospitality never wavered.

“The New Zealand public couldn’t believe they had lost the series,” he added.

“But they were very magnanimous, I was wined and dined quite a bit. It really was a great back division, the best I played in and they were all world-class players. We were all very lucky that we were around at the same time.”

Duckham was a key member of that backline, the only Englishman in it, and remembers the moment the series was won with fond memories.

“It’s difficult to put into words what it felt like at the final whistle, it was so incredibly emotional.

“From an All Blacks point of view we were invited into the stands to join all the full squads, singing out Tour song and ‘Now Is The Hour’, a Maori farewell song. It was a magical moment which I’ll never forget.”