Lions Scout: New Zealand off the mark with a bang in Rugby Championship 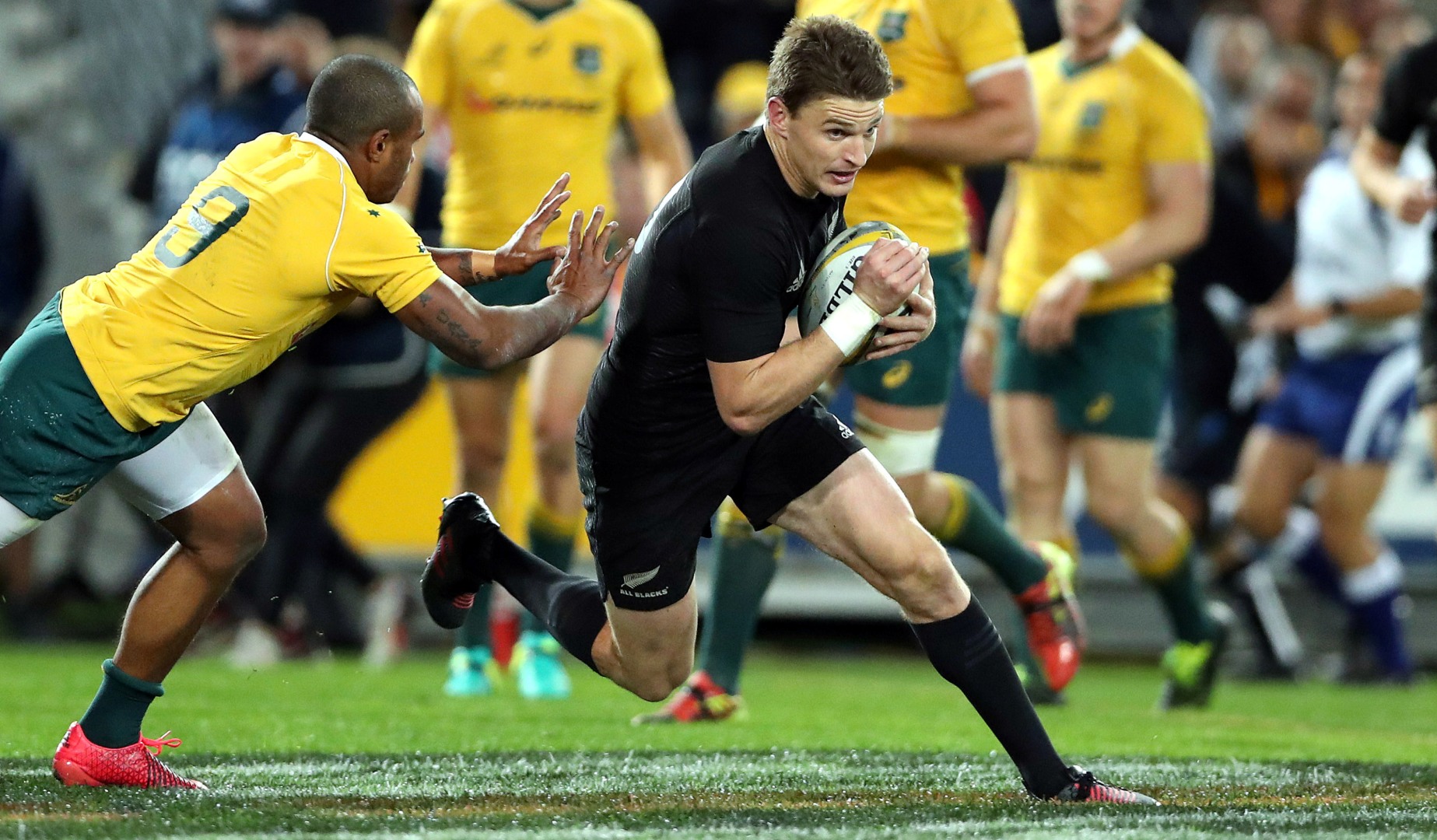 The All Blacks laid down a marker with a record-breaking opening victory over Australia in the Rugby Championship but skipper Kieran Read has warned there is more to come.

"We came here and didn’t really know what was going to be the result and we just had to fight really hard."

The All Blacks laid down a marker with a record-breaking opening victory over Australia in the Rugby Championship but skipper Kieran Read has warned there is more to come.

The world champions, who welcome The British & Irish Lions to their shores next summer, were at their clinical best as they inflicted the largest-ever home defeat on the Wallabies in Sydney, winning 42-8.

And having made the perfect start as they look to regain the Rugby Championship title, Read is confident there are still improvements to make.

He said: “I think the performance from our boys was outstanding. We came here and didn’t really know what was going to be the result and we just had to fight really hard.

“The boys certainly worked for it so you’ve got to be pretty happy and have a smile on your face after that.

“We’ll look at the tape and the things we can improve on for next week.”

New Zealand flew out of the blocks with a four-try blitz in the first half, as Ryan Crotty, Beauden Barrett, Jerome Kaino and Waisake Naholo all crossed for a 32-3 lead at the interval.

And two tries early in the second from Dane Coles and Julian Savea sealed the victory before Nick Phipps got the home side’s only try.

For Barrett it marked an impressive performance having been given the starting jersey at ten, and the Hurricanes fly-half believes it was New Zealand’s ability to perform the basics under pressure which was key.

“We knew we had to be physical and that the breakdown was going to be a crucial area so I was happy with how the boys fronted up to start with and got the upper hand early,” said Barrett.

“The boys worked hard for each other in the first half. It was a little bit sloppy in the second half but we’ll look at that and just get excited about next week, getting back to Wellington.

“We definitely targeted the breakdown and our ball carriers and physicality which was key and we didn’t want to wait 30 minutes to get going so I was pleased with our start.

“We just did the obvious, we played rugby when it was on to play. We pride ourselves on our basic skills sets and those were the differences.”

If it was a dream start for New Zealand, the same cannot be said for the Wallabies, who were desperately unlucky with injuries.

Matt Giteau was forced off after just 12 minutes with a broken ankle that looks set to be his final international appearance.

In what was due to be his last international season, Giteau has been ruled out of the remainder of the Rugby Championship, as revealed by head coach Michael Cheika.

“Matt’s got a bit of a break in his leg at the top of his leg and a bit of a fracture in his ankle,” Cheika said.

“He’s disappointed but he’s also very realistic. He’s a pro. He knows that he’s still got to get himself right and get back to his club commitments for later in the season so that’s what he’ll be doing.”

Rob Horne is also out after he went off on the stroke of half-time, having replaced Giteau’s replacement Matt Toomua, who himself had to go off.

That left Australia with Phipps, a scrum-half, on the wing for the second half as they ran out of back replacements.

In the second game of the day South Africa came from behind to record a 30-23 win over Argentina, scoring two converted tries in the last ten minutes to sneak the win.

It was another comeback win for Allister Coetzee’s side, who did the same against Ireland in June, and the new coach was delighted with the attitude of his team.

“You cannot coach this never-say-die spirit.

“Winning from seemingly impossible situations is part of the culture of this squad.

“We must cut down on our mistakes before meeting the Pumas again next weekend in what will be a massive challenge for us.”

Ruan Combrinck had got South Africa off to a good start, but a fine try from Matias Orlando allowed Argentina to take a 13-10 lead into the break.

It looked as though the Pumas had the game wrapped up when Manuel Montero crossed for their second try to make it 23-13 with less than quarter of an hour remaining.

But Johan Goosen and then Warren Whiteley crossed late as the home side came through, leaving Pumas coach Daniel Hourcade to wonder what might have been.

He said: “It was obvious that South Africa were going to give it everything. They did so. And that’s the only moment where we made mistakes, and that cost us. Matches last 80 minutes and we couldn’t close it out.

“We had solid defence, which put their key players under pressure and we didn’t allow them to play their game.

“We were good at the breakdown and in defence which were our main arms. We have to keep our feet on the ground with South Africa. We played well but the return fixture will be much harder.

“There are things to correct and others we need to repeat to stop them playing their game.”