Beauden Barrett will have the chance to face The British & Irish Lions with New Zealand next year after signing a new deal with the NZRU through to 2019. [more] 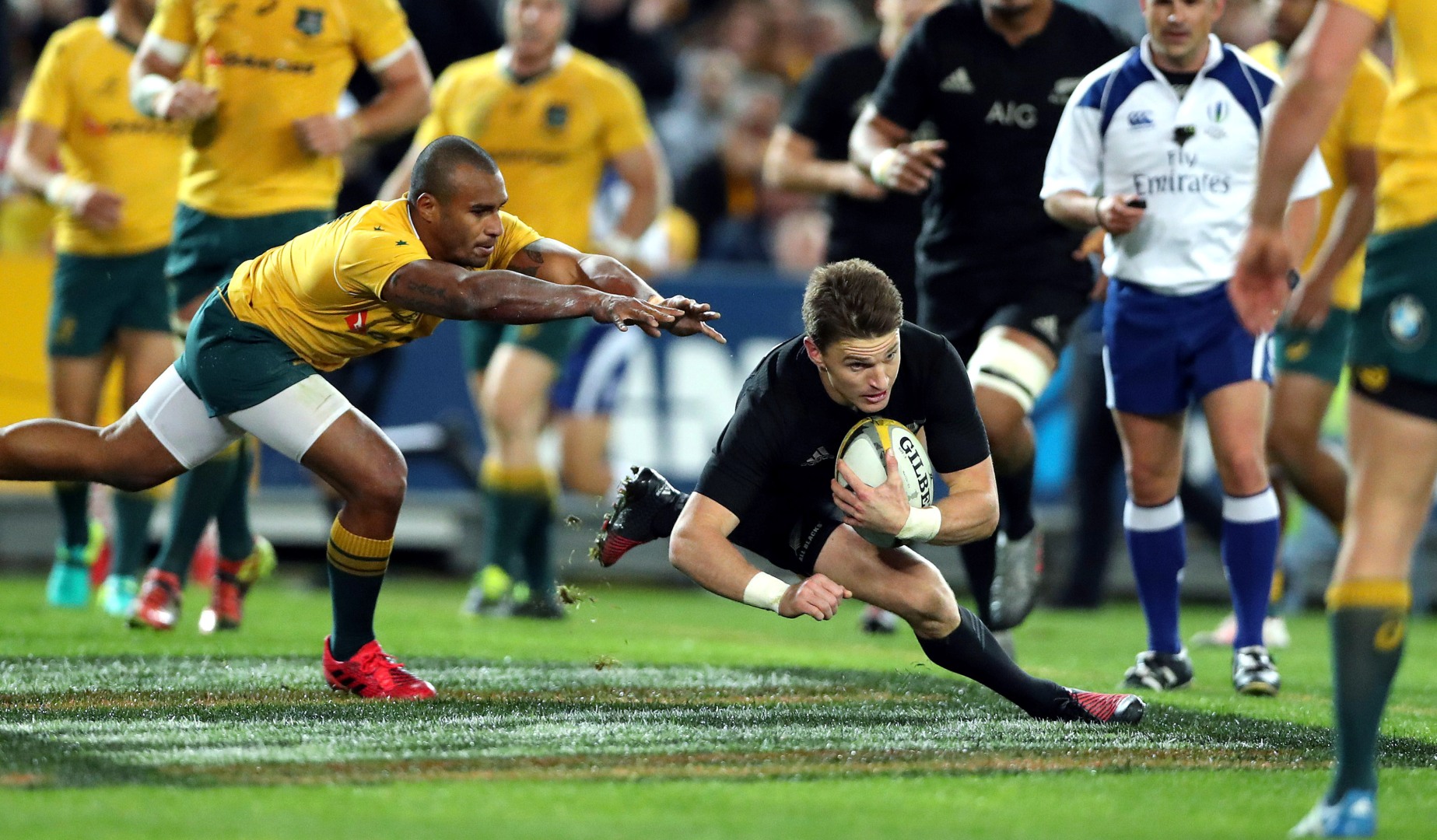 Beauden Barrett will have the chance to face The British & Irish Lions with New Zealand next year after signing a new deal with the NZRU through to 2019.

The 25-year-old fly-half pulled the strings as the Hurricanes claimed a maiden Super Rugby title this year, and was selected in the ten jersey for the All Blacks in both Bledisloe Cup victories over Australia.

And he has now extended his contract through to 2019, meaning that he will be in New Zealand for the visit of the Lions next summer.

Barrett admitted that the lure of international rugby meant it was an easy decision to stay put.

“Playing footy in New Zealand, it’s as good as it gets,” Barrett said.

“The black jersey was a huge factor. I love playing for the Hurricanes, I love the Naki, always a Naki boy, and obviously the black jersey, every opportunity I get to pull it on, it’s why I play rugby.

“To be honest, there were negotiations or approaches made to my agent, Warren, but that’s where it was left.

“I never got into any of those discussions, I was clear where I wanted to be and my job was just to focus on playing footy. It never progressed too far at all.

“I’ve just realised this last six years has gone really quick, so it’s always in the back of your mind, what’s going to happen down the track.

“When it comes to the serious negotiations or considerations, New Zealand rugby is the only thing in my mind at the moment.”

VIDEO | @beaudenbarrett announces his decision to re-sign with NZ Rugby through to 2019. #TeamAllBlackshttps://t.co/dPlunOUOiA


Steve Hansen has shown plenty of faith in Barrett, having handed him his debut back in 2012.

And while much of Barrett’s All Black career has seen him used as a super substitute, capable of changing a game from fly-half or full-back, the Rugby Championship has seen Hansen give Barrett the nod in the starting role.

“He’s fast becoming one of ‘the’ players in the world,” said Hansen.

“He’ll continue to grow − he’s not the finished product yet, by any stretch of the imagination − but as he does, I think we’ll see something pretty special, so it’s nice to have him signed up and secure.”