Alan Dymock is a journalist and the current features editor at Rugby World. He is the current SJA rugby journalist of the year. In his playing days he was a prop in his native Scotland. Here he talks about Glasgow Warriors. [more] 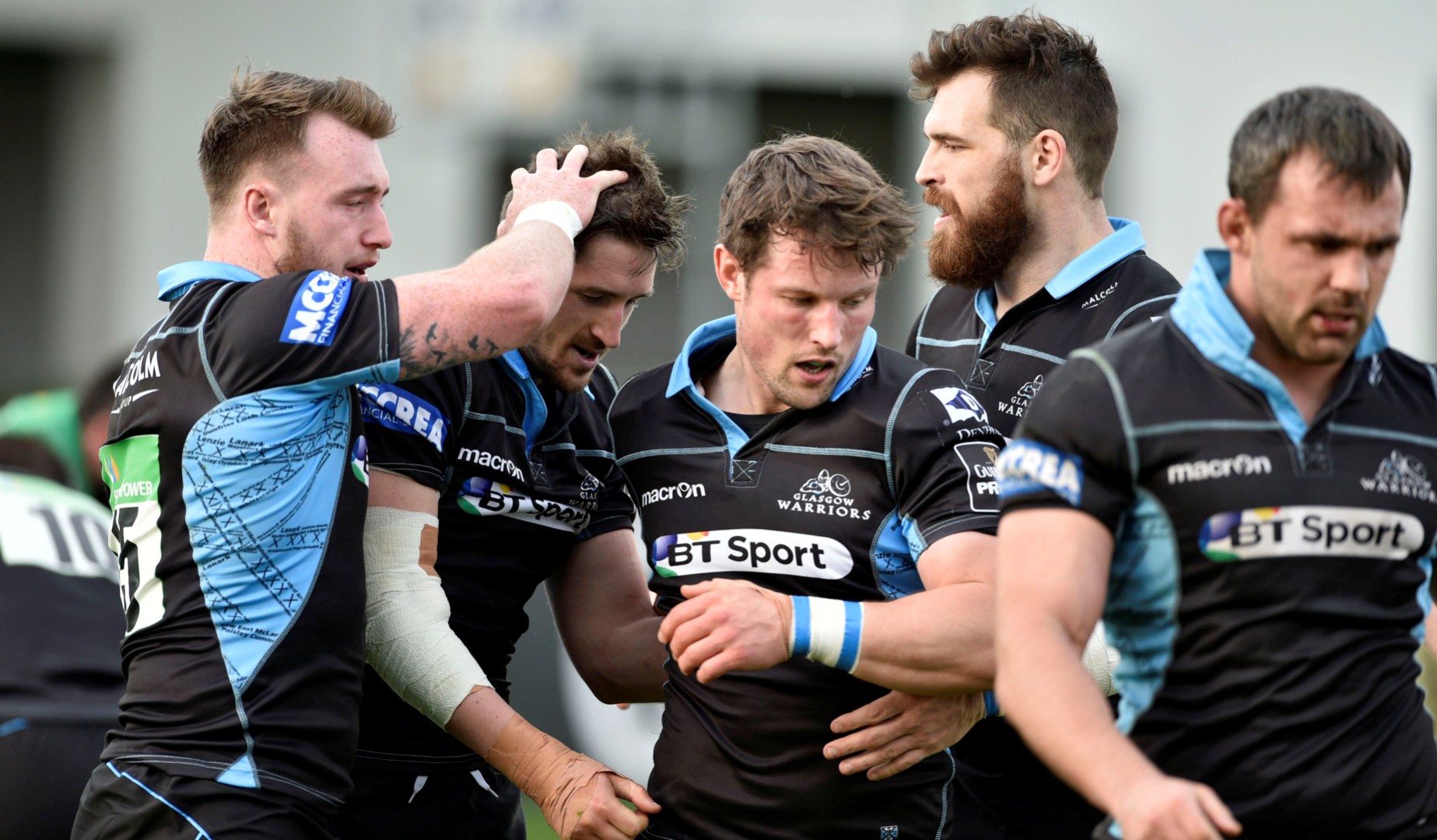 Alan Dymock is a journalist and the current features editor at Rugby World. He is the current SJA rugby journalist of the year. In his playing days he was a prop in his native Scotland. Here he talks about Glasgow Warriors.

It's an exciting time at Glasgow Warriors with the arrival of Super Rugby champion Dave Rennie at the helm next season but before then expectations are high for a big final season under Gregor Townsend.

The Guinness PRO12 champions in 2015 fell in the semi-finals back in May in the defence of their crown and enter their final season with Townsend before he takes on the Scotland job.

There are a number of players who will be vying for a spot in The British & Irish Lions squad for the 2017 Tour to New Zealand so there is everything to play for at Scotstoun this year.

To get a more informed view on what to expect from the Scots this year, Rugby World’s Alan Dymock gave us the inside track.

With plenty of recent success, Glasgow Warriors fans have been treated to exciting rugby in recent seasons, and according to Dymock, expectations remain high around the club.

He said: “I think the fans are quite expectant in Glasgow, and you would expect them to be. Over the last few years they have reached the play-offs, then they got to the final, and then they won the PRO12.

“Last year they only reached the semi-finals, but I think anything other than a play-off spot would be a disappointment.

“They have earned that expectation, and there will be some hope that they can do the same in Europe as well and finally make an impact.”

While the Warriors have enjoyed considerable success over the last few seasons, they remain a relatively young club in Lions terms.

“Everyone expects Stuart Hogg to be involved,” he added.

“He’s worked his way back into top form over the last season or two so he should be right in contention.”

After being named Player of the RBS 6 Nations Player for his performances in the spring, Hogg will be hoping to make his second Lions Tour, four years after being the youngest player in the 2013 squad.

But it’s not just Hogg who could be in contention according to Dymock, with a number of Warriors who could potentially make the plane.

“The Warriors will have a lot of players in the Scotland squad, so if they do even quite well this year, fans will expect some of those young players to be involved.

“There will be talk of Jonny Gray in the second row after his performances for Scotland and Glasgow."

While Hogg and Gray are perhaps the most obvious contenders, there are always a number of bolters who come from nowhere to get a spot in the squad.

And Dymock believes that at Scotstoun, three backs could yet stick their hands up for a spot.

"Perhaps Mark Bennett after his Olympic heroics could make a breakthrough, while there’s also Alex Dunbar, who is one of the best centres with front foot ball in the UK.

“Finally Finn Russell has experience of playing in New Zealand, having done the MacPhail scholarship out there, and he has a real swagger about him at fly-half. It will be interesting to see if he is considered.

"There's no question that they look a very dangerous team when he is playing at fly-half so he's an interesting possibility.”

Alongside those players who could be involved in the squad, there is also a question over whether any coaches at the Warriors will be part of the team heading out to New Zealand.

“We don’t know anything yet but there has been a lot of talk of whether Gregor Townsend will be involved with the coaching on the Lions Tour as an assistant.

“It’s also a big year for Mike Blair, coming in as an assistant at Glasgow, and he and Townsend both have experience with the Lions as players.”

History with the Lions

The club has been known as the Glasgow Warriors since 2005, although the amateur version came into existence all the way back in 1872. Despite that, the majority of their Lions contingent have come in recent seasons, including the aforementioned trio in 2013.

In addition to Hogg, Grant and Maitland, nine further players have played for both Glasgow Warriors and the Lions. Craig Chalmers was part of the squad that won 2-1 in Australia in 1989, with Rob Wainwright doing the same eight years on in South Africa, along with Tom Smith.

In 2001 Gordon Bulloch and Andy Nicol took on the Wallabies, while four years later Chris Cusiter took up the mantle.

During the 2009 Tour to South Africa, Mike Blair and Euan Murray were included, and in 2013 Richie Gray, then at Sale, was another former Warrior to feature.