Opening day hat-tricks don't happen that often, but for a hooker it's rarer still. [more] 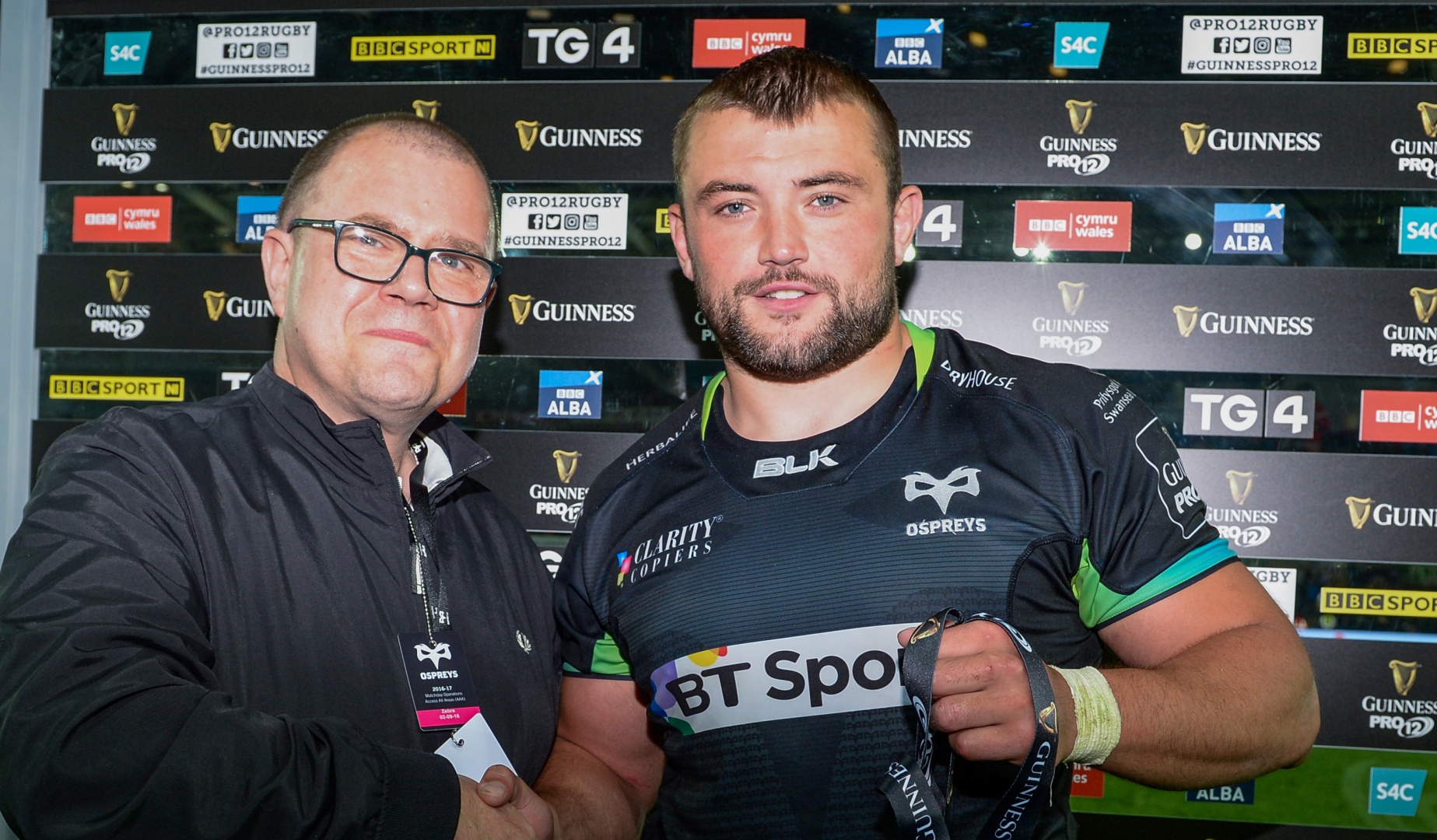 However Ospreys hooker Sam Parry got himself a terrific treble as the Welsh side ran in eight tries in all against Zebre.

Parry was the first man to cross from a rolling maul early in the game, and added a second just before half-time to secure the try-bonus point for the Welsh side.

And he completed the most unlikely of hat-tricks early in the second half to earn himself the man-of-the-match award in the 59-5 success.

On the first day of the Guinness PRO12 season – and in a year when places in The British & Irish Lions squad for the 2017 Tour to New Zealand – Parry couldn’t have asked for a better way to kick off the campaign.

And it was a record-breaking day for Parry, who became the first Ospreys forward ever to score a hat-trick.

Good to get the @ospreys season off to a positive start last night!Might remember that 1 for a while??Thanks for the support & messages????