The job of leading The British & Irish Lions is one few have the honour of undertaking, but Stuart Barnes believes Warren Gatland is the perfect man to lead the best of the four nations once again. [more] 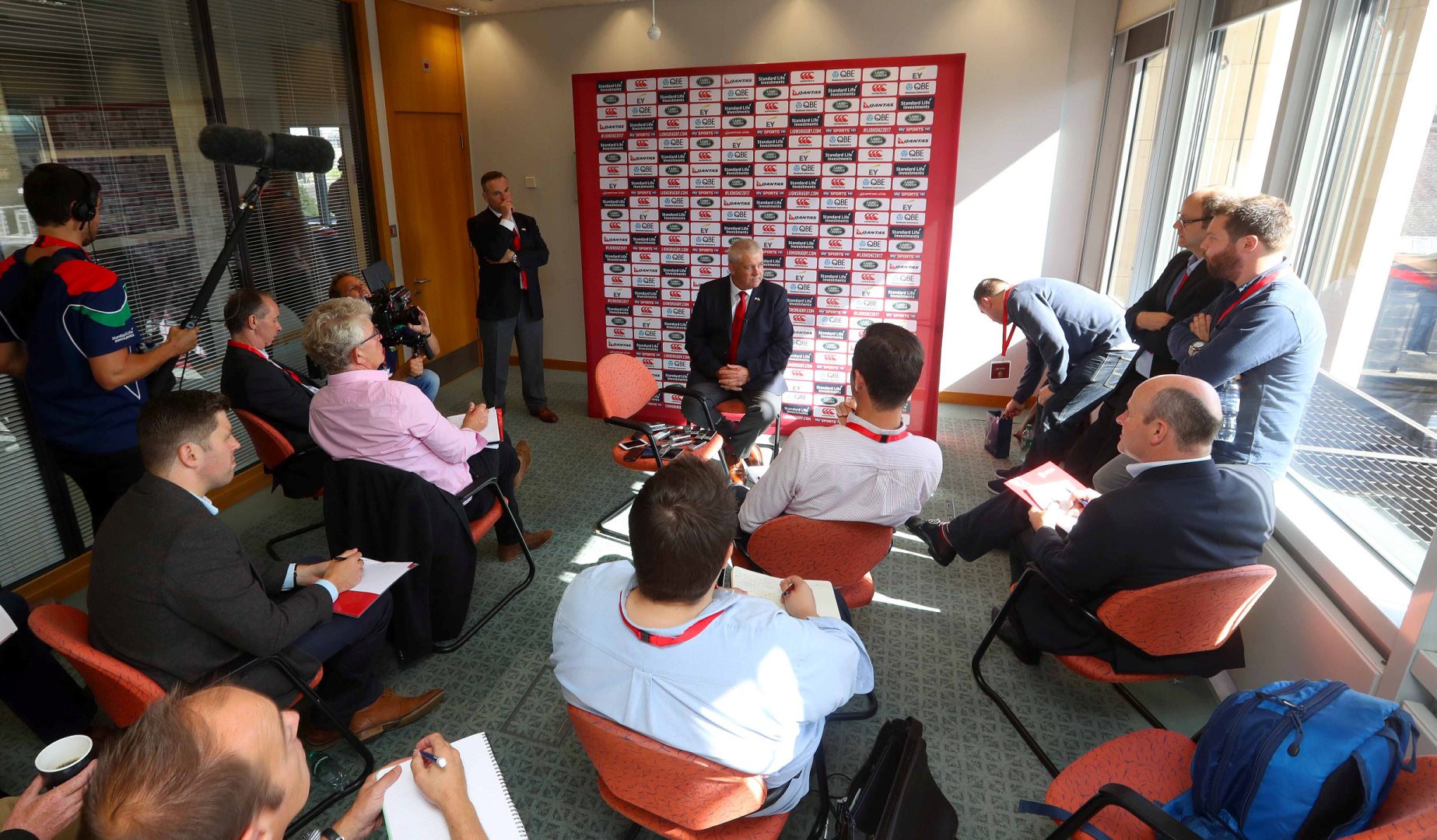 The job of leading The British & Irish Lions is one few have the honour of undertaking, but Stuart Barnes believes Warren Gatland is the perfect man to lead the best of the four nations once again.

Having coached those in the famous Lions jersey in 2013, Gatland already has a taste of what it takes, prevailing in Australia on the grandest stage of all.

It’s pedigree which Barnes, himself a Lion in 1993, believes will hold the kiwi Head Coach in good stead, citing a perfect opportunity to beat New Zealand for the first time since 1971.

“Gatland won a series in 2013, part of an extremely powerful British & Irish Lions side that were unfortunate to lose in 2009, and they couldn’t have anyone better for 2017. It’s the biggest test of Gatland’s career,” said Sky Sports’ Barnes.

“It’s such a different experience when you’re coaching players from four different countries, you have to bring them together quickly.

“But it’s not just about technical coaching, it’s also about getting them to understand what being a British & Irish Lion means.

“Gatland has that strong self-belief and he doesn’t want any players going, no matter how good they are, if they don’t believe they have a chance of winning. He has that belief and will instil that – it has to come from the guts.”

Media came from far and wide to descend on the press conference in Edinburgh and Standard Life House, with a packed-out press corps displaying just how much interest there is in The British & Irish Lions as far as ten months on from their contest with the All Blacks.

No such thing as mission impossible for Warren Gatland and his Lions….#rugby https://t.co/yMwEKFhrM9


And for Out on the Full’s Emma Thurston, the honour doesn’t just come from wearing the famous Lions jersey, but also reporting on those lucky enough to do so.

“He’ll have learnt a lot going to New Zealand with Wales, and now he’ll have a different squad to work with, who have different nuances and his own cultural knowledge will be something vital he can bring to the role,” she said.

“The Lions takes things up a gear, and getting players from the four nations is fantastic from a fan’s perspective, and that permeates right through to a journalistic point of view.

“Everything is on a bigger, grander, greater scale and you feel a lot of pride in being able to cover that.”

It’s a sentiment shared by fellow the BBC’s Bryn Palmer, looking forward to hearing who Gatland will decide on as his Tour captain.

“It’s no great surprise, but I think Warren is a great appointment. He’s had the experience of it before, and he won the first Tour for 16 years.

“Sam Warburton has captained very well, and done it very well too, but you have a number of candidates. Dylan Hartley has had a resurgence this year, and Alun Wyn Jones is also a leading contender.

“There’s a lot of talk about who Warren will select as coaches and players, something we’re talking about ten months out so there’s a lot to look forward to and a lot to be excited about.”

????Warren Gatland; @lionsofficial coach for next year to take on the best NZ can through at them He knows what is needed to win down under


Part of the team that faced the All Blacks back in 1993, Barnes knows just what it means to wear the famous jersey travelled to New Zealand.

But the Barnes knows that it’s just not the months overseas that makes your time with rugby’s elite special, insisting that the announcement of Gatland is the first step on an illustrious journey.

He added: “Yesterday the Lions Tour to New Zealand seemed a lifetime away. Then you hear Gatland talking, you see people like Andy Irvine and Gareth Davies walking around and you get excited, and today is the start of the Lions journey. There’s no doubt about that.

“I was fortunate to have that honour in 1993, and once you’ve been a Lion, you will always remember. Someone like Warren, who has been an assistant coach and coach, will let the players know that very quickly.

“The Lions won’t beat New Zealand just by being technically clever, they’ll have to want it and Gatland is a very strong man for that.”

Gatland, confirmed as Lions coach. Asked, your response those who say you have no chance. "Don't get on the plane. You've got to believe."