The Rugby Championship enjoyed a week off but returns with two enticing fixtures this weekend as New Zealand take on Argentina before Australia host South Africa. [more] 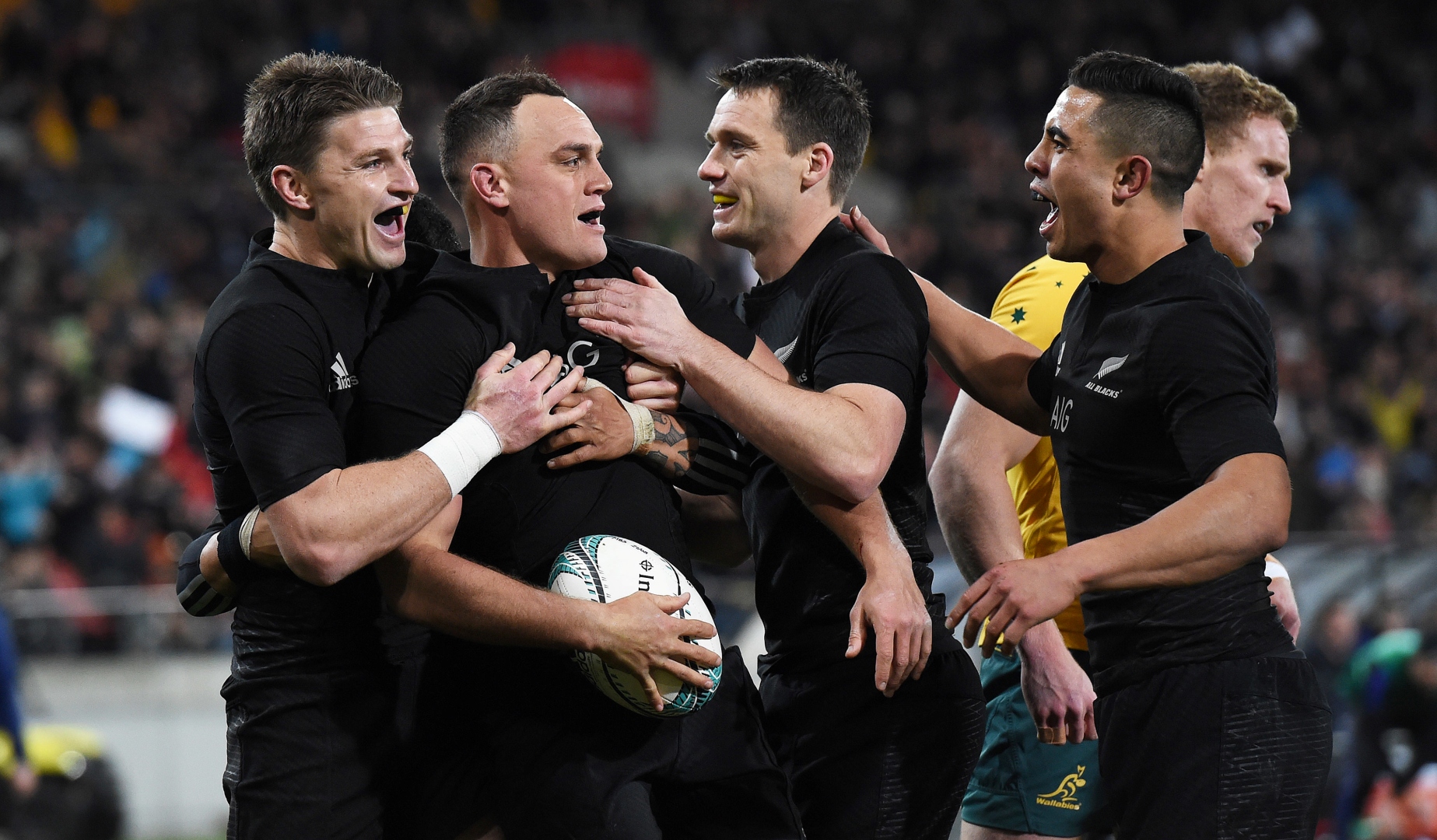 The Rugby Championship enjoyed a week off but returns with two enticing fixtures this weekend as New Zealand take on Argentina before Australia host South Africa.

The All Blacks, who this week discovered who will be leading The British & Irish Lions 2017 Tour to New Zealand as Warren Gatland was named Head Coach, are aiming to make it three from three in the tournament after back-to-back wins over Australia.

In Hamilton they face an Argentina team who won their last game against South Africa despite a late Springbok fightback, and are now targeting a first win over New Zealand.

According to the old adage you don’t change a winning team so there’s little surprise that Steve Hansen has avoided widespread changes with his team selection.

In fact the only new face in the starting lineup is Ryan Crotty, who makes his return from injury in the 12 jersey, taking over from debutant Anton Lienert-Brown.

The Chiefs midfielder did enough to keep a place in the matchday squad however, as he offers cover for the outside backs on the bench.

Elsewhere it’s unsurprisingly as you were, with Beauden Barrett again charged with running the show from fly-half after impressing in the Bledisloe Cup encounters.

Young Puma gets his chance

There are few tougher prospects in world rugby than taking on New Zealand on their own patch, but that hasn’t stopped Daniel Hourcade from bringing teenage lock Marcos Kremer into his matchday squad.

The 19-year-old is named on the bench after Tomas Lavanini was ruled out for six months with a torn cruciate ligament.

And while Guido Petti and Matias Alemanno will link up from the off, Kremer should win his first cap against the world champions as he aims to prove why he has earned rave reviews for his efforts at age-group level.

Once the Hamilton game is over, attention will turn to Brisbane where the Wallabies will be looking to maintain their recent record against South Africa at Suncorp Stadium.

While they are currently on a run of six straight Test losses, all coming against either New Zealand or England, the Wallabies in Brisbane has been about as tricky as it comes for South Africa, who have lost seven of their eight visits to the Queensland ground.

And despite the Bledisloe Cup losses, Michael Cheika has resisted the temptation to ring the changes, with Reece Hodge and Dean Mumm coming in for Adam Ashley-Cooper and Scott Fardy respectively.

Assistant coach Stephen Larkham explained that the players deserved the opportunity to get the Wallabies back on track.

He said: “Giving these guys another opportunity to work with one another is only going to make it easier for them on the field.

“A lot of the selection came down to making sure the combinations weren't changed too much last week.”

Up against the Wallabies will be a Springbok team still hurting from their loss in Argentina, and Allister Coetzee has made four changes to his starting lineup.

Lourens Adriaanse gets the nod at tight-head, but it’s in the backline where it’s all change as Francois Hougaard is included on the wing in place of the injured Ruan Combrinck.

And it’s a new-look midfield featuring Juan de Jongh and Jesse Kriel, in place of Damian De Allende and Lionel Mapoe, with Coetzee excited to see what they can bring to the side.

He said: “Looking at the impact that Juan and Jesse made when they came off the bench in Nelspruit and Salta, then I think now is the right time to give them a starting opportunity.

“It’s a great opportunity for them to play together as a centre combination and both have Test match experience.”
One man who will be starting again though is Eben Etzebeth, who becomes the youngest South African ever to 50 caps, after being named in the second row.

Still only 24, Etzebeth has established himself as the key man in the Springbok engine room since making his debut in 2012.