This week the LionsWatch spotlight turns to a repeat of last year's Aviva Premiership Final between Saracens and Exeter Chiefs. [more] 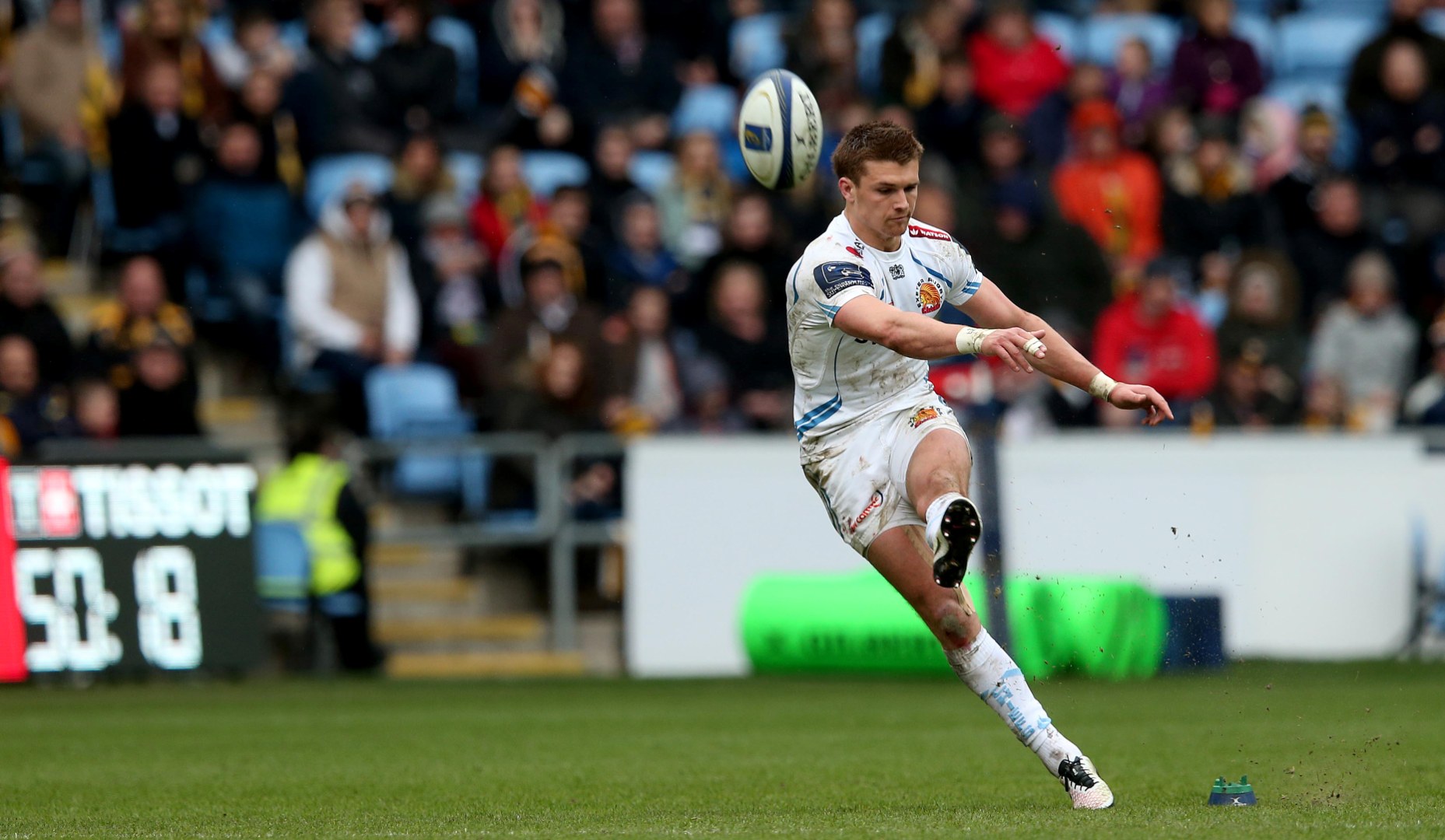 This week the LionsWatch spotlight turns to a repeat of last year’s Aviva Premiership Final between Saracens and Exeter Chiefs.

Saracens were the victors that day, clinching a European and English domestic double for the first time since Wasps in 2004, but the game looked almost over by half-time at Twickenham that day – with Saracens leading 23-6 – and Rob Baxter’s men will be hoping for a brighter start this time around.

The Premiership returned in style last weekend with a classic encounter between Leicester and Gloucester at Kingsholm, Richard Cockerill’s side completing the biggest comeback in Tigers’ long history to win 38-31.

And with The British & Irish Lions 2017 Tour to New Zealand a week closer, we’re hoping for more of the same as players put their everything into winning a red jersey.

Mark McCall’s side were held close for 40 minutes by Worcester Warriors at Twickenham last weekend, but showed their champions credentials with an explosive 15 minutes after half-time, finishing with a bonus-point win.

The atmosphere was amazing tonight at #Kingsholm Great fight back to get the W. Thanks for the support Tigers fans? pic.twitter.com/7Er0Cs81iu

Exeter had an altogether different challenge, falling 25-20 to Wasps at the Ricoh Arena, while they lost home and away to Saracens last season – though their loss to McCall’s men was their only defeat at Sandy Park all year.

Young guns on the prowl

Both Jamie George and Luke Cowan-Dickie are regarded as two of the brightest front-row talents in Europe, but neither are yet first choice for their country.

With England captain Dylan Hartley the man in possession under Eddie Jones, Cowan-Dickie and George have had to settle for time from the bench.

George backs up superb set-piece ability with deceptive fitness, good skills and strong ball-carrying, while Cowan-Dickie is arguably one of the most explosive front-rowers playing the game.

With three of the four locks who take to the Sandy Park field boasting significant Test experience, the lineout is bound to be hyper-competitive.

Geoff Parling returns to the starting line-up for Exeter to captain the side and brings with him potentially unrivalled expertise at the lineout, while George Kruis and Maro Itoje were imperious there for club and country last season.

George and Cowan-Dickie will have to find their mark early doors or risk suffering a serious drain on possession.
Both hookers are focal points in attack and whoever can rumble onto the front foot could go a long way to deciding the way this game goes.

Stern test for the Vunipola brothers

Greg Holmes may have had a seven-and-a-half-year hiatus in his Wallabies career, but the 33-year-old is still a wiley old operator and provides an experienced hand for Baxter a tight-head.

Mako Vunipola’s scrummaging has improved exponentially over the past 12 months and he will hope to add to his three Lions Test caps if he continues to shine, starting this week against Holmes.

Brother Billy Vunipola picked up against Worcester Warriors where he left off for Saracens and England last season.

He won man of the match against Worcester, carrying with his usual vigour and showing an added dimension in attack, shifting the point of attack on numerous occasions and laying down an early season gauntlet in a competitive position.

In Thomas Waldrom he faces off against one of the game’s most intelligent players and a man who scored 29 tries in his first two Aviva Premiership seasons.

It took him just three minutes to cross again when Exeter played Wasps and he continues to execute his game with remarkable speed of thought.

England No 9 Danny Care takes his Harlequins side on one of English rugby’s toughest away days to face Sale Sharks at the AJ Bell stadium looking to build on last week’s narrow 21-19 victory against Bristol.

Arguably the other tie of the round sees Wasps travel to Welford Road for an all-star clash with Leicester on Saturday.