The Guinness PRO12 made a triumphant return to action last week and now that we know Warren Gatland will be the Head Coach of The British & Irish Lions 2017 Tour to New Zealand the players know who they have to impress. [more] 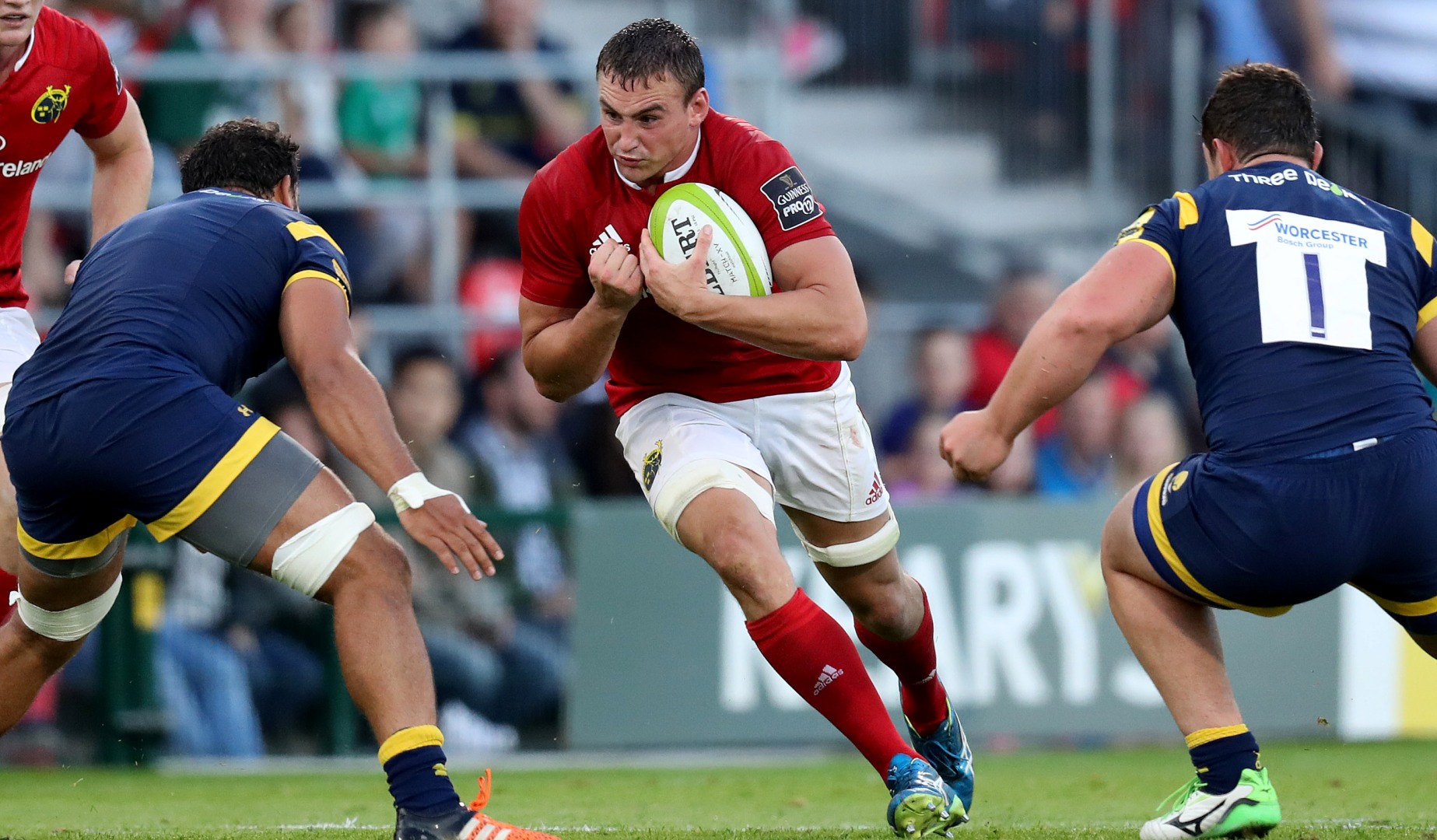 The Guinness PRO12 made a triumphant return to action last week and now that we know Warren Gatland will be the Head Coach of The British & Irish Lions 2017 Tour to New Zealand the players know who they have to impress.

The first weekend threw up some thrilling games and eye-catching results, with Glasgow Warriors grabbing the headlines as they won on the road away to champions Connacht.

There were also wins for the Ospreys, Leinster, Ulster and Cardiff Blues, as well as Munster on the road.

Both Munster and Cardiff Blues came into the new season hoping for improvements after missing the play-offs last season, and they made the perfect starts with wins on the opening weekend.

Munster began life under Rassie Erasmus with a 23-13 victory away to the Scarlets, showing their rock solid defence early on before taking two chances for tries in the first half.

Now they return home to host a Blues outfit in Cork after they managed a bonus point thanks to a brilliant second-half display against Edinburgh.

Despite going into the break with just a four-point advantage, the Welsh side eventually emerged 34-16 winners.

There will be some key match-ups all over the park, but one of the most intriguing will be in the back row where Ireland international Tommy O’Donnell will go head-to-head with Wales counterpart Ellis Jenkins.

O’Donnell was man of the match at Parc Y Scarlets, and will be the senior figure in the back row alongside Dave O’Callaghan and Jack O’Donoghue.

With his ability over the ball at the breakdown, he will be crucial for Munster in trying to slow down the Blues attacking threat.

Jenkins, meanwhile, comes into the game fresh from a fine summer where he made his Test bow for Wales against the All Blacks.

The latest in a long line of opensides from the Welsh capital, Jenkins got his chance in the summer after Dan Lydiate was ruled out at the last second, but grabbed it with both hands as he featured in all three Tests.

And he will be looking to convince Rob Howley, who has taken over the Wales job from Gatland after his Lions appointment.

If the outcome of the O’Donnell-Jenkins match-up will play a large part in determining the result in this encounter, both Erasmus and Danny Wilson will also be able to call on international pedigree for their back-row cover.

For the home side CJ Stander will be looking to build on a maiden international season when he impressed for Ireland as he gets his first action of the new season.

And Sam Warburton will offer quite a challenge as he gives Wilson plenty of firepower from the bench for the clash in Cork.

Warburton is not the only former Lion in action for the Blues this weekend, with two-thirds of the 2009 Test front row included in the matchday squad.

Club captain Gethin Jenkins will start at loose-head while hooker Matthew Rees, who he packed down alongside in the second Test in Pretoria, offers cover off the bench.


If the set-piece contest proves to be crucial, the Blues certainly won’t be lacking for experience.

While the clash in Cork is the featured game this week, there will be plenty for Gatland to watch out for across the league.

On Friday night Edinburgh host Scarlets in a game where both teams will be looking to bounce back from opening defeats, with Jonathan Davies getting his first start since returning to the club.

Then on Saturday Stuart Hogg will be aiming to build on his brilliant opening display in Connacht as the Warriors host the other team in last year’s final, Leinster, at Scotstoun.

Great win tonight. Enjoyed being back out there with the boys. Onto the next one now. #WarriorNation


Finally the Ospreys travel to Connacht looking to build on an opening day win against Zebre in which hooker Sam Parry grabbed a hat-trick.

That made him the first Ospreys forward to ever manage the feat, and Connacht will have to be wary of him at maul-time.