Australia edged to a narrow 23-17 win over South Africa in a game where they showed great resilience to fight back from an early deficit. [more] 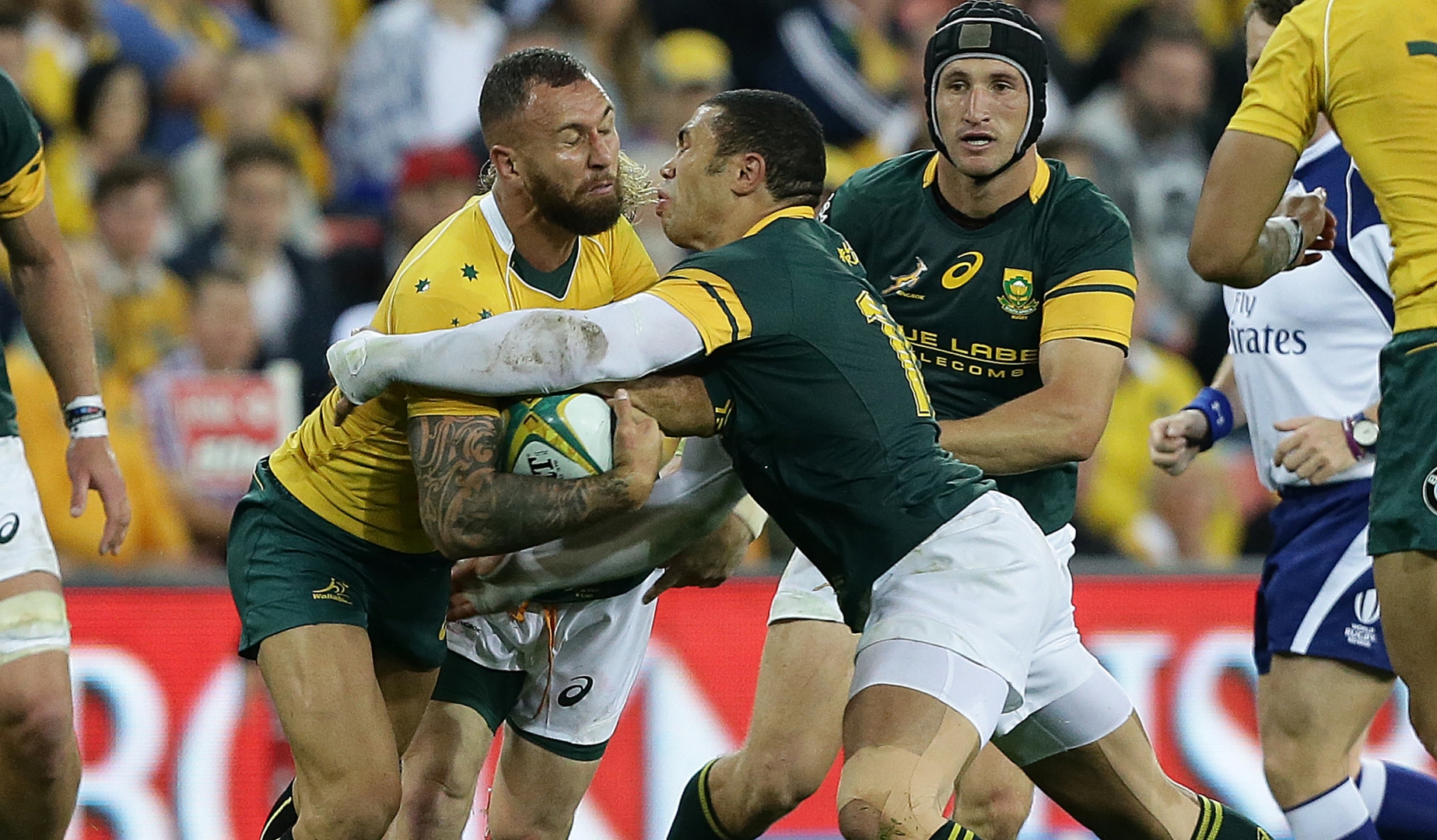 Australia edged to a narrow 23-17 win over South Africa in a game where they showed great resilience to fight back from an early deficit.

Australia headed to Brisbane having lost their last six Test matches, and when Johan Goosen was fastest onto Elton Jantjies’ grubber after an Adriaan Strauss interception, the Springboks looked in control.

That gave them a 14-3 lead after 17 minutes but Australia fought back, first through Adam Coleman’s close-range score, and also thanks to the boot of Bernard Foley.

The Wallabies then took the lead early in the second half with a Foley penalty before the Australian inside centre scored the crucial try that set up a 23-17 win.

For Michael Cheika it was a big relief to get back to winning ways, and having placed his faith in a playmaking duo of Quade Cooper and Foley, he was pleased to see that plan come to fruition.

“I thought their partnership improved again this week. They complemented each other well,” he said.

“Bernard played a bit flatter and ran with the ball as well. He's probably been a bit deep to attack in the last couple of weeks.

New Wallabies off the mark

The game marked Australia’s first win of 2016, a year in which they have handed seven players their international debuts.

Six of those were involved at Suncorp, with Dane Haylett-Petty, Samu Kerevi, Coleman and Reece Hodge all starting.

Alan Alaalatoa, who is now out of next week’s clash with Argentina in Perth because of a medial ligament strain, and Rory Arnold also came off the bench and Cheika was delighted for his rookies to get a win under their belts.

“It’s always nice, isn't it?” Cheika said of the victory.

“I know there have been many loud critics but our supporters, who we see on a daily basis on the street, we really wanted to repay them a little bit.

“We’re pleased for them and our debutants, we've had seven this year and that was the first time they've tasted a win.”