Of the 17 games in the Guinness PRO12 so far there have been a total of 88 tries scored. [more] 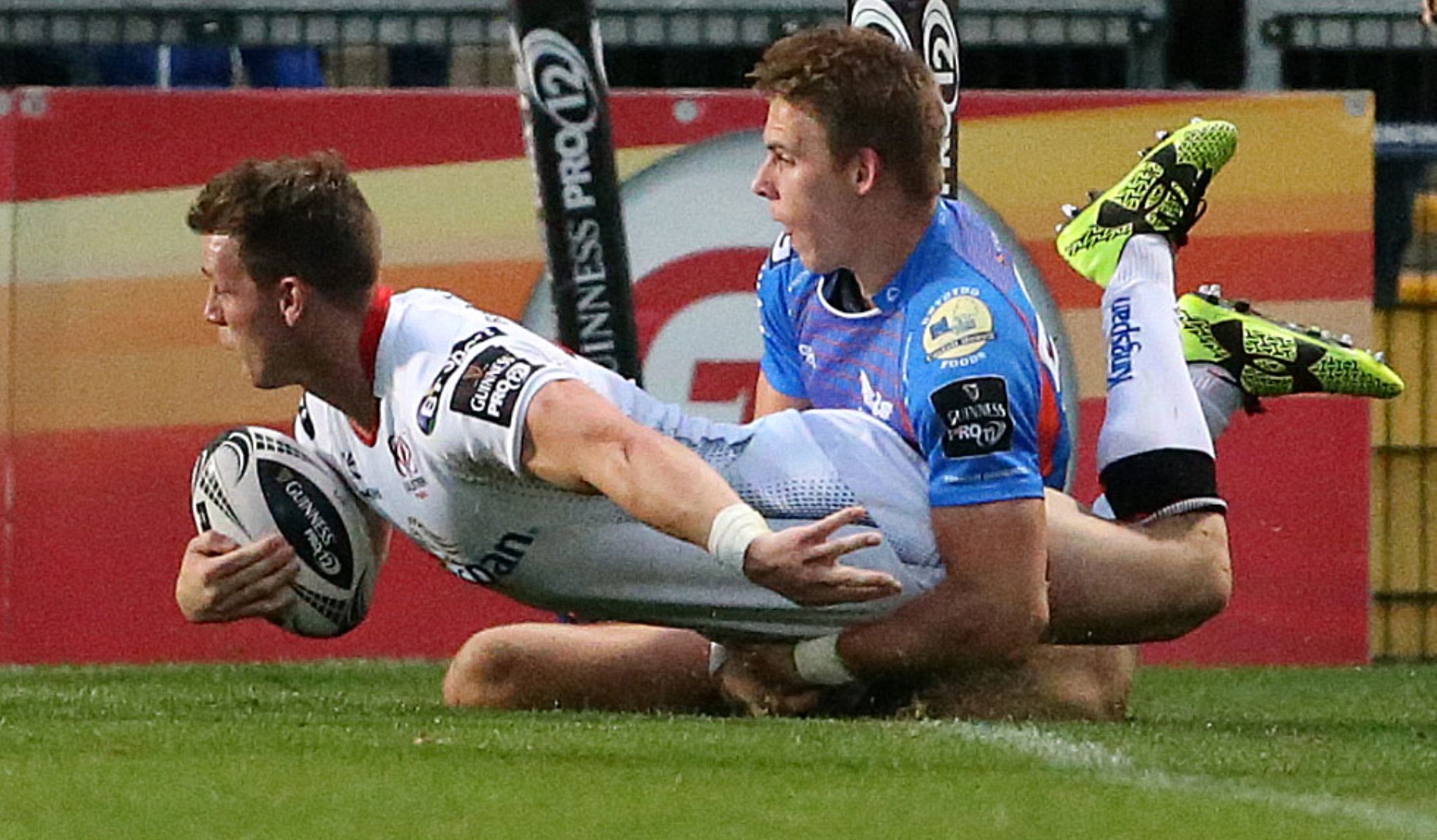 Of the 17 games in the Guinness PRO12 so far there have been a total of 88 tries scored.

That works out at an average of 5.18 per match – the best average the league has ever had after just three rounds and the attacking talents of Wales, Ireland and Scotland have been on full display.

Clear out on top are the Ospreys – they downed Treviso this weekend in style to leave them with a maximum of 15 points from 15 so far this season.

No team has ever before begun a Guinness PRO12 campaign with that form and – with The British & Irish Lions 2017 Tour to New Zealand coming up – there are some key stars impressing.

Full-back Dan Evans might still be awaiting his first Wales call-up – the likes of Leigh Halfpenny and Liam Williams are blocking his path to the international No.15 jersey.

But in league play he has been little short of spectacular so far this campaign – against Treviso this weekend he ran for 151m with ball in hand.

That was second only to Craig Gilroy, the Ireland international made an eye-popping 187m for Ulster in their win over Scarlets.

But Evans leads the way overall in the metres made chart with 343m from his first three games.

While Evans is attacking the line with verve, this weekend saw a couple of other Ospreys impress as Rhys Webb and Dafydd Howells both made four clean breaks each.

Again this was second only to the irrepressible Gilroy – the Ireland international enjoyed a night to remember on Friday at the Kingspan.

It is not just the flyers doing the damage, flanker Olly Cracknell led the Guinness PRO12 with 23 carries this weekend to take his total to 50 this season – more than any other player.

Howells has already made his mark in the statistics this weekend but it was Tom James who grabbed the headlines for the Cardiff Blues in their impressive win over Glasgow Warriors.

The winger took home the man of the match award for his 119m with ball in hand for the Blues – while fellow international and 2013 Test Lions Alex Cuthbert got on the scoresheet.

Throw in Hallam Amos – so lively for the Dragons this weekend in their defeat to Munster – and clearly Welsh speedsters out wide are a position of strength for interim Head Coach Rob Howley.

No player has made more tackles this season in the Guinness PRO12 so far than Billy Holland and he was at it again this weekend against the Dragons.

The versatile forward has been a mainstay for Munster so far this season and his total of 21 tackles against the Dragons was enough to take him top of the overall charts.

But Holland is not the only player starring on defence, flanker Josh Navidi made 19 for the Blues at Cardiff Arms Park while also setting up a try with a fine offload.

His back-row partnership with fellow opensides Sam Warburton – skipper of the Lions in 2013 and Wales international Ellis Jenkins looks to be reaping immediate rewards.

Scotland flanker Hamish Watson turned in a performance for the ages this weekend for Edinburgh.

His side may have ended up on the losing end of a 33-20 scoreline against Leinster but the openside was everywhere.

In total Watson made 11 carries for 65, made 17 tackles – including one try-saver – and showed remarkable poise and power to beat seven defenders in total.

That is more than any other player in the league this weekend – including the effervescent flyers like Gilroy and Amos who so caught the eye.

Watson has won two caps for his country but the last was before last year’s Rugby World Cup as his clubmate at Edinburgh John Hardie has impressed in the No 7 shirt for Vern Cotter.

But with continued form like this it will be hard for Kiwi Cotter to continue to overlook the 24-year-old.

In other news in the Guinness PRO12 this weekend Garry Ringrose continued his meteoric rise with a fine try in Leinster’s win over Edinburgh to strengthen his claims for an international call-up.

And defending champions Connacht had their game with Zebre called off due to bad weather at half-time while Munster ground out a win at Rodney Parade.