There appears to be no stopping the excitement in the Aviva Premiership following another thrilling round of action - with George North getting in on the act now too. [more] 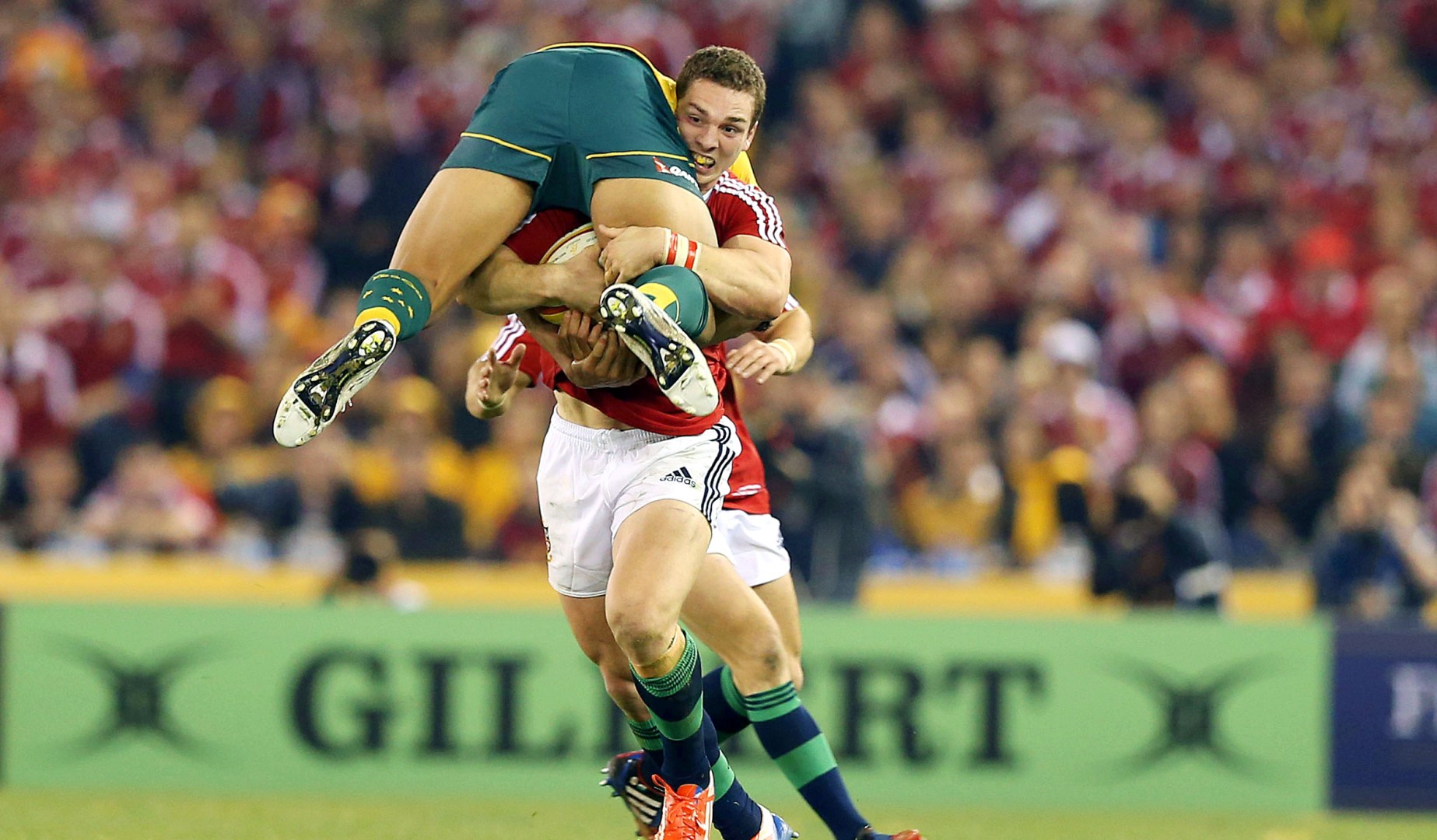 There appears to be no stopping the excitement in the Aviva Premiership following another thrilling round of action – with George North getting in on the act now too.

The British & Irish Lions wing was in scintillating form against Wasps, not only getting on the scoresheet but also rewriting his own personal record book along the way as he beat his previous best total of defenders beaten in a Premiership match.

However, it wasn’t enough to lead Northampton Saints to the win as Wasps were victorious 20-15 to remain the only unbeaten team left in the Premiership.

George North might have ended up on the losing side as Northampton Saints fell to Wasps at Franklin’s Gardens this weekend – but it certainly wasn’t for a lack of effort on his part.

North got on the scoresheet by finishing off a fine team move for his second Premiership try of the campaign – having grabbed five in the whole of the 2015/16 season.

But the winger also beat eight defenders, the most by any Premiership player at the weekend – joint most by a player this season – and his most ever in a Premiership match.

It led to Northampton director of rugby Jim Mallinder to declare North had “one of his best games for Saints” while it will certainly have buoyed newly-appointed British & Irish Lions Head Coach Warren Gatland.

Some great rugby there, but also bits we need to improve! Huge thanks for the amazing support. #coys ?

Despite North’s best efforts, Wasps beat Northampton Saints at the weekend thanks to Danny Cipriani’s magic and are now the only unbeaten team left in the Premiership after Saracens were downed by Harlequins.

Tim Visser and Charlie Walker crossed in the first half for Quins as they led 17-0 at the interval. Saracens launched a fightback after the break and scored a try through Richard Wigglesworth, but it was too little too late.

And one Saracen that will have felt the loss harder than most perhaps was starting lock Maro Itoje, with this his first defeat in 31 games for club and country.

10 May 2015- the last time before today @maroitoje started a game and was on the losing side. 31 wins in a row for @EnglandRugby & @Saracens

The 21-year-old’s last defeat in a game that he started arrived back in May 2015 against Exeter Chiefs, a run that has also seen him win his first seven games as an England star under new coach Eddie Jones.

He can console himself however with his own statistical showing, he now has made more tackles than any other player in the league this season.

Semesa’s speed comes to the fore

After all, it was the type of opportunity that has seen him score 24 tries for South Africa, including one against the 2009 British & Irish Lions in Pretoria.

But what the World Cup winner didn’t bargain for was Semesa Rokodugini, the Bath winger reacted before Pietersen had even left the ground.

The England winger plucked the ball out of the air before racing away almost 50 metres for a try, although Pietersen did have the last laugh as Tigers held on for a 34-14 victory.

England winger Rokoduguni has made more metres, clean breaks and beaten more defenders than any other player so far this season to serve a reminder to Eddie Jones of his special talents.