Liam Williams caught the eye as the Scarlets claimed their first win of the season in an intriguing round four of the Guinness PRO12. [more] 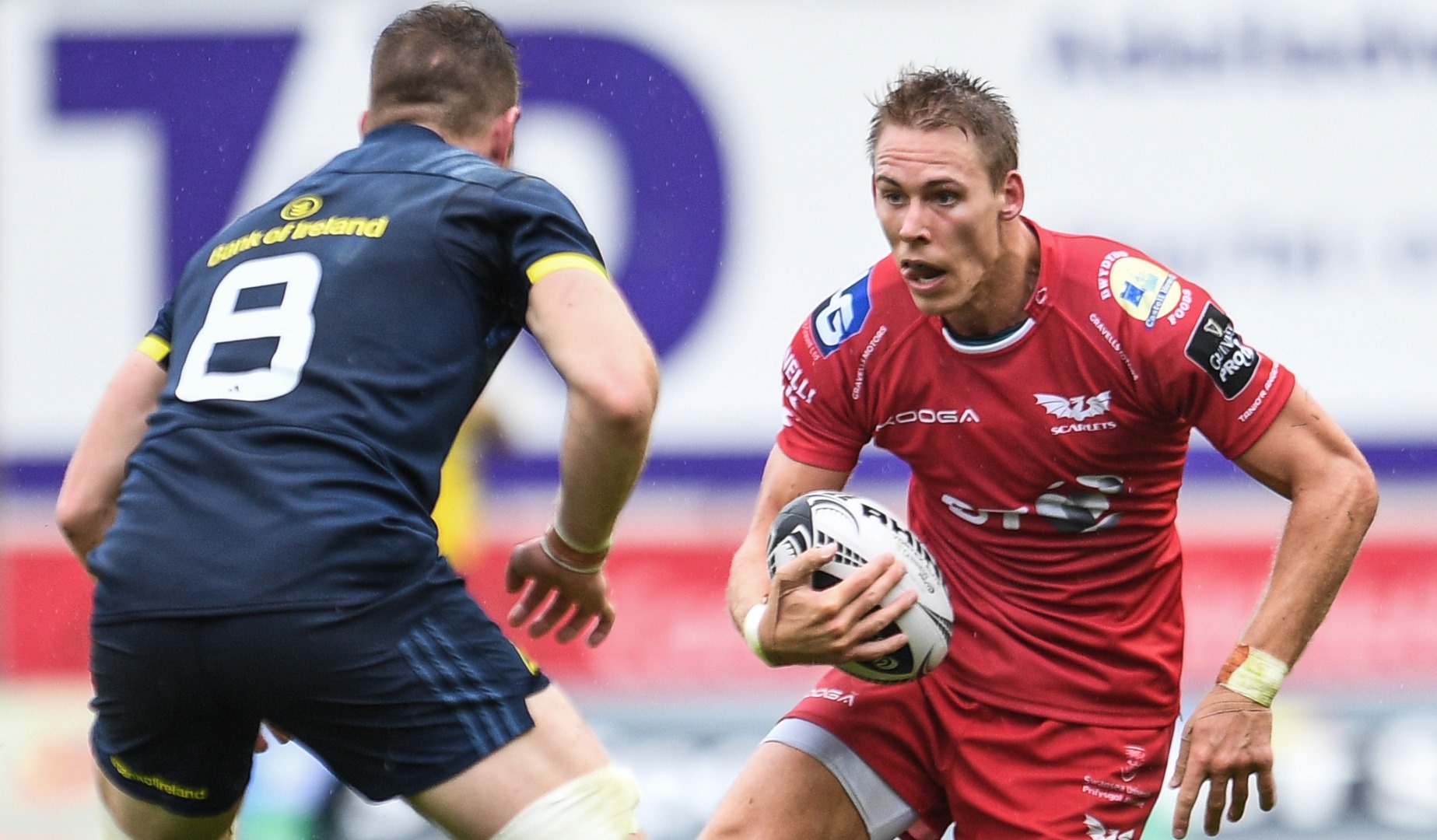 Liam Williams caught the eye as the Scarlets claimed their first win of the season in an intriguing round four of the Guinness PRO12.

The full-back made over 100m with ball in hand, scored two tries and was at the heart of everything good that the Scarlets did as they downed reigning champions Connacht at Parc y Scarlets.

Elsewhere, the Irish half-back pairing of Conor Murray and Jonathan Sexton may have sat out the start of the season but in Murray’s second and Sexton’s first starts of the season – they looked back to their best.

Sexton – who started all three Tests for the Lions back in 2013 – was supreme for Leinster as they turned on the style against the previously unbeaten Ospreys.

The No 10 – looking to impress new Lions Head Coach Warren Gatland – scored 16 points in all, including a try, four conversions and a penalty in a head-to-head battle with fellow Lions No 10 contender Dan Biggar.

Biggar was preferred to Sam Davies for the Ospreys, the former switching to full-back for the clash but the youngster still leads the way in the Guinness PRO12.

Even after a tough @PRO12rugby match, there's still time for a handshake and smile.


Davies has scored 42 points and created five tries already this campaign and will be involved in an intriguing head-to-head with Biggar all season which is encouraging strength in depth for Wales fans.

But Ireland fans will have also enjoyed Murray – who came off the bench in the third and final Test for the Lions three years ago – as he scored two tries for Munster in their dominant win over Edinburgh.

The half-back positions are highly-competitive for the famous red Lions jersey but Sexton and Murray certainly didn’t do their cause any harm this week.

Williams' impressive showing for the Scarlets was a stand-out performance in round four as they ended a three-match losing streak at home.

That takes him near the top of the overall metres made in the league this year – Ospreys Dan Evans leads the way with 368m but Hallam Amos’ 331 and Williams’ 327 are not far behind.

But while Williams was impressing in Wales, Lions man of the series in 2013 Leigh Halfpenny was making the difference in the Top 14.

He was not the only man turning on the style in France this week – Ian Madigan had a fine game for Bordeaux-Begles in their victory over Lyon.

The Irishman finished with 12 points and laid on a superb try for Adam Ashley-Cooper – the scourge of the Lions in the second Test in 2013 – with a perfect kick to the corner.

And another Irishman in James Coughlan was also on the scoresheet – the No 8 crossing for a try in Pau.

Tommy Seymour’s red-hot form continued for the Glasgow Warriors – despite the 2014/15 champions’ defeat to Ulster on Friday night.

Seymour now has seven tries to his name already this season and has made 11 clean breaks – both more than any other player in the league.

Other names to jump out of the Opta charts include Seymour’s opponents on Friday Ulstermen Jared Payne – who made over 100m with ball in hand on his first game of the season, and Sean Reidy who made 20 tackles.

Meanwhile Munster downed Edinburgh and alongside Murray there were two standouts in a dominant pack.
Billy Holland made 19 tackles to take his season’s tally to 72 – now way out in front of anyone else in the charts.

But it was CJ Stander who really caught the eye – the Ireland international back rower getting through a mountain of work at Thomond Park.


He made an astonishing 28 carries for 90m in the game and controlled the base of the scrum superbly as Munster made real inroads up front.

Another Irishman in Clive Ross also merits a mention – the Cork-born flanker now has made a league-high seven turnovers for Ulster to serve a reminder to Ireland coach Joe Schmidt of his talents.