With two semi-finals last season Wasps looked to be back among Europe's elite clubs and after kicking off the new season with four straight wins they have carried that momentum into the new campaign. [more] 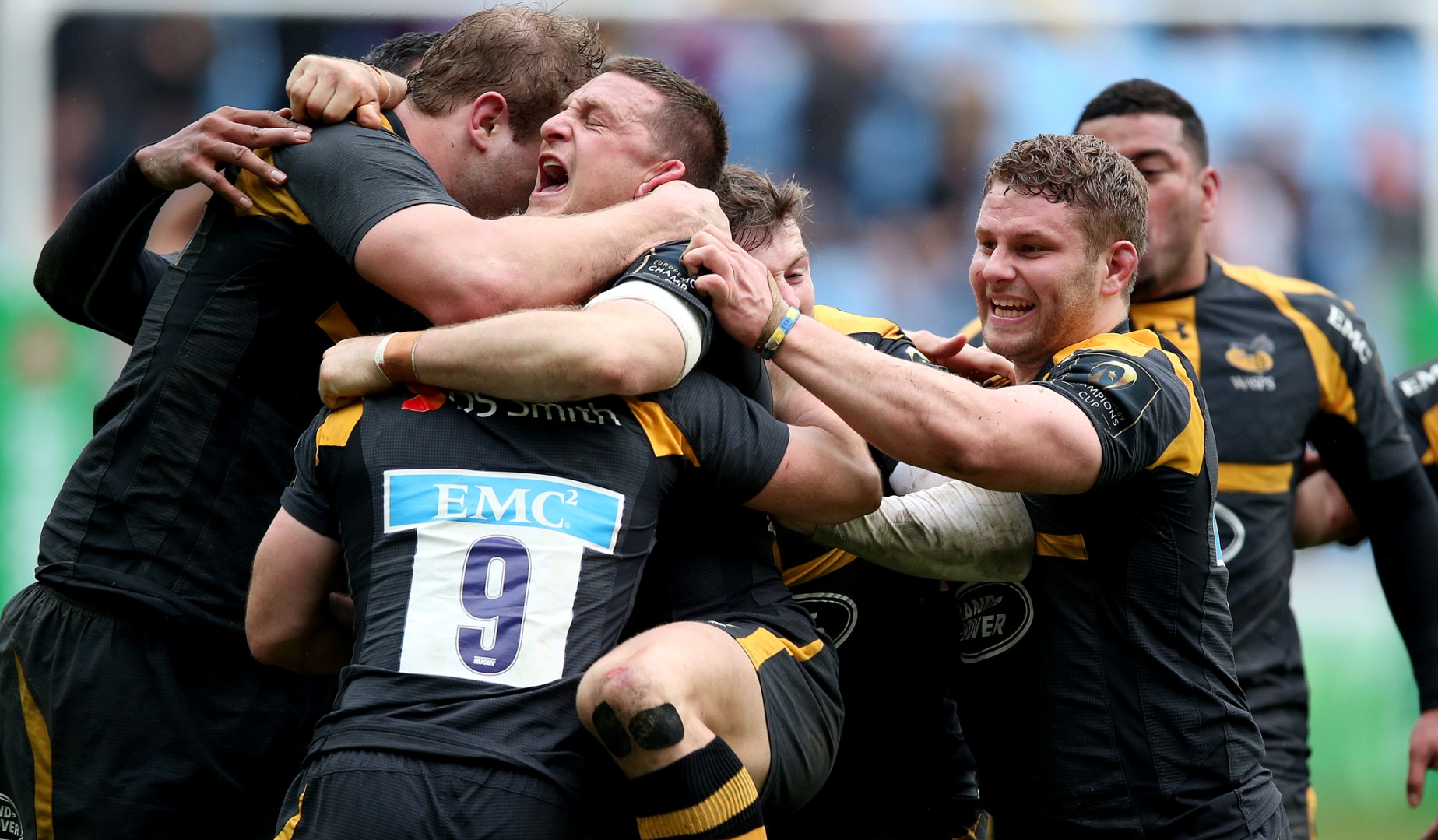 With two semi-finals last season Wasps looked to be back among Europe’s elite clubs and after kicking off the new season with four straight wins they have carried that momentum into the new campaign.

Now based in Coventry, Wasps have enjoyed success both domestically and in Europe, with six English titles alongside two European crowns, with their greatest year coming in 2003/4 when they won the double under the stewardship of British & Irish Lions Head Coach Warren Gatland.

Between Lawrence Dallaglio, Rob Andrew, Simon Shaw and many others, they have made their mark on The British & Irish Lions as well, and Rugby World Deputy Editor Sarah Mockford is tipping them for more involvement in 2017 in New Zealand.

“They are the only unbeaten team left in the Premiership, and have scored 19 tries in four games so they’ve carried on from last season,” she said.

“Charles Piutau and George Smith were so key last season but they’ve been able to keep it going. They’ve still got Willie Le Roux and Kurtley Beale to come so they are a scary proposition.

“Dai Young has done a great job bringing their players through and got the pack working really well even without Smith and James Haskell who’s injured at the moment.”

For all Wasps’ success last season, only James Haskell was a regular starter in Eddie Jones’ new-look England side.

Despite that, Mockford believes a trio of players at the Ricoh Arena could force their way into Gatland’s plans, including the aforementioned Haskell.

She said: “Everyone agreed that he’s had his best year for England in 2016 and the first two Tests in Australia were superb.

“Unfortunately he’s going to miss the first Autumn Internationals and the chance to impress, but in his favour Warren Gatland already knows him from his time at Wasps.

“There’s been a lot of talk about playing and out and out seven and it looks like Haskell has really learned a lot playing alongside George Smith, especially about when to attack the breakdown and when to stay out.

“He can play six and eight as well, so that versatility could be very useful on a Tour like that. He’s also a big character off the field. If he gets selected he’ll give the Lions cameramen a run for their money!

“We should also see Nathan Hughes get his first cap in the November Tests. There’s a lot of competition at No 8 but he’s got a game that could really work in New Zealand. His offloading offers something a little bit different, and when you see Kieran Read play for the All Blacks in the wide channels, you could see Hughes do something similar.

“He also has experience of playing in New Zealand which could come in handy.

“Finally I think Elliot Daly could be someone who is in contention. He’s been talked about for a couple of years, and is a regular in the England squad.

“He’s got a very strong kicking game, which isn’t always the case in midfield, is a great attacking threat, is a good goal-kicker and if he can make an impact for England, then he could be in with a chance.

“He also has experience of playing against the Lions after kicking a penalty in the Barbarians match three years ago.”

On current form Wasps are one of the teams to beat in Europe, and if they maintain this run, several other players could push their case.

The first priority will be getting into Jones’ England squad, but Mockford believes there are a number of wild cards who could come into contention, starting with the only Wasp with previous Lions experience.

“Christian Wade was involved in 2013 and has brilliant finishing skills. He’s one of those players who I love watching and has that experience of the Lions.

“You’ve also got Joe Launchbury whose leadership skills have come to the fore recently. Second row might be the most competitive area in the squad, so he’ll probably need to get back to being first choice for England again but he’s very strong across the board.

“There are also two scrum-halves in Joe Simpson and Dan Robson who are among the form nines in England. They are fighting each other for the starting spot at Wasps, but Simpson offers that spark and pace, while Robson is really consistent. It will be interesting to see if they get a chance if they can become first choice at Wasps.

“Similarly Guy Thompson and Sam Jones have earned rave reviews in the back row at the start of the season. The back row is such a tough area to break into, but if they continue on current form then they might start to push for a place in the England squad.

“Finally there’s Danny Cipriani who showed again this weekend that he can create that little bit of magic. It might not always come off but he’s certainly a wild card.”

While those on the pitch will be desperate to impress Gatland, Mockford believes there is one member of the coaching staff who could also come into contention.

“Lee Blackett is the attack coach at Wasps and we’ve all seen how good they been going forward. It’s a long shot but I think he’s a name that could start being mentioned.”

Since the 1980s Wasps have established themselves as one of the leading clubs in English rugby, and have contributed players to both England and the Lions as a result.

Nigel Melville had an injury-curtailed experience in New Zealand in 1983, while Andrew then played a key role in 1989 and 1993 Tours to Australia and New Zealand respectively.

Dallaglio is synonymous with Wasps, and went on three Lions Tours during his time at the club, most notably in the historic series win in South Africa in 1997.

Of the more recent vintage, Shaw, Josh Lewsey and Phil Vickery have all left their mark with the Lions, while Rob Henderson gave them some Irish representation in 2001.

Others to have made a big Lions impact have also spent time at Wasps, including Welsh trio Harry Bowcott – a 1930s tourist – Rob Howley and Stephen Jones, as well as Roger Uttley, part of the team that went unbeaten in South Africa in 1974.

From a coaching perspective, in addition to current boss Dai Young, a veteran of three Lions Tours in three separate decades as a player, they have previously been coached by both Gatland and Sir Ian McGeechan.

Sarah Mockford is the deputy editor of Rugby World and current chairman of the Rugby Writers’ Club.