The spotlight continues to shine on the Aviva Premiership ahead of The British & Irish Lions Tour to New Zealand next year, and Round Five is set for another rollercoaster weekend with a host of key battles both at the top and bottom of the standings. [more] 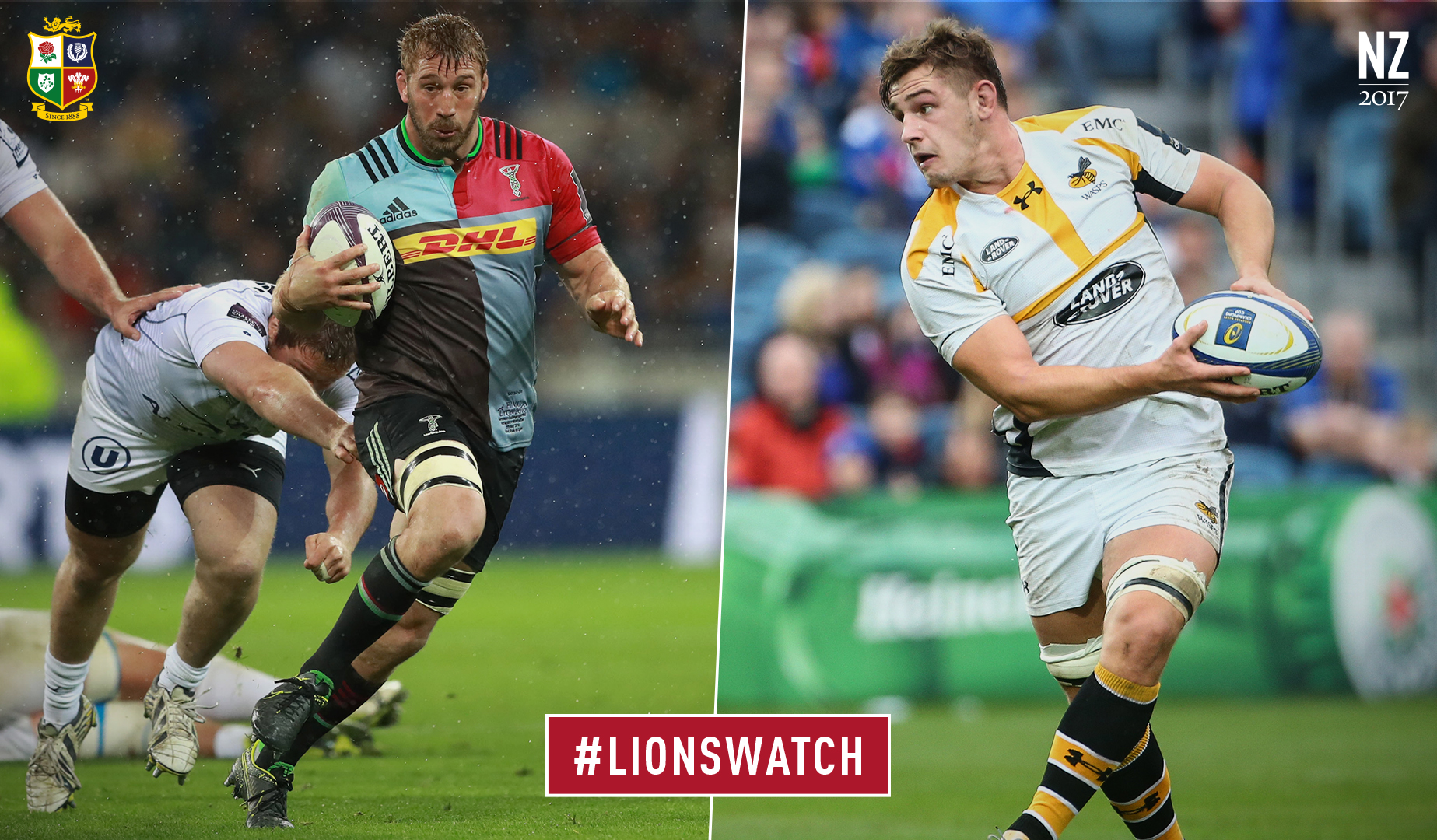 The spotlight continues to shine on the Aviva Premiership ahead of The British & Irish Lions Tour to New Zealand next year, and Round Five is set for another rollercoaster weekend with a host of key battles both at the top and bottom of the standings.

There are two clashes under the Friday night lights as champions Saracens look to bounce back from their first defeat of the season last weekend at Andy Robinson’s winless Bristol, and Northampton Saints chase their first home win with Exeter Chiefs in town.

The tie of the weekend however – and our featured game of the week with our British & Irish Lions hat on – comes on Sunday as the side that stopped Saracens last time out, Harlequins, look to pull off a similar trick at unbeaten Wasps.

Richard Cockerill hailed a Leicester Tigers performance of old last weekend, but their power up front will face arguably its toughest test of the season so far at Sale Sharks who are notoriously tricky to beat at home.

Meanwhile there is also another West Country derby in store as Gloucester welcome Bath, and in the midlands Worcester Warriors and Newcastle Falcons will look to strike an early-season blow in the race to avoid a relegation dogfight.

John Kingston’s side will have been on cloud nine last week after proving they are one of the only sides in Europe that can fluster London rivals Saracens.

A sterling defensive effort was the difference that day, but repeating that will be no mean feat against a free-scoring Wasps side who are the only team unbeaten in the Premiership.

Let by three-time Lion Dai Young, Wasps have made their best start to a league campaign since 1996/97 – and have won their last 11 matches at the Ricoh Arena in all tournaments.

Quins’ away form this year also makes for poor reading; they have won just once in the league since early January at relegated London Irish.

All over the pitch there are mouthwatering match-ups to keep your eyes on as rivals look to catch the eye in a season that culminates in the Lions  Tour to New Zealand.

Elliot Daly and 2009 and 2013 Lion Jamie Roberts will go toe-to-toe in the midfield, while Christian Wade and Marland Yarde also will be looking to hit their straps on the wings.

Up front, expect a fierce battle of the back rows with new England call-ups Sam Jones and Nathan Hughes hugely impressive so far this term in the absence of Red Rose flanker James Haskell.

Looking to nullify that power will be Chris Robshaw – Haskell’s partner-in-crime in England’s whitewash over Australia in the summer – Luke Wallace, and James Chisholm, with Australian James Horwill captaining the side in place of injured England scrum-half Danny Care.

Northampton Saints have not lost three in a row at Franklin’s Gardens in the Premiership since February 2011, and have brought in back-row Calum Clark for his first league action since the 2015 semi-final.

George North keeps his spot on the wing after an impressive try-scoring performance last weekend – beating more defenders and making the most breaks of anyone in the league – while their opponents Exeter Chiefs make five changes with young guns Ollie Devoto and Henry Slade joining forces in the centres.

Meanwhile with Saracens in town Bristol have an injury boost as Jack Tovey comes in as one of three changes for his Premiership debut after injury.

Saracens are still without injured 2013 Lions Owen Farrell and Sean Maitland, but will be confident despite last week’s defeat having won their last four encounters with Bristol in all competitions – and have George Kruis and Maro Itoje reunited in the second row.

Sale achieved a Premiership double over Leicester last season, but the Tigers have won two in a row on the road this season and have included Tom Brady in their line-up to make his debut against his former employers.

The Manchester outfit however have Mike Philips, a veteran of two Lions Tours, starting at scrum-half with Peter Stringer out injured.

Bath’s winning start to the new campaign came to halt at Leicester on Sunday, but they have lost just one of their last seven encounters with Gloucester – who welcome Scotland captain Greig Laidlaw, James Hook, and Billy Twelvetrees back into the starting XV.

With two wins from four matches Newcastle Falcons will be thrilled with their early-season form and name an unchanged starting line-up for their trip to Sixways.

The Falcons however have not won consecutive away Premiership matches since the 2011/12 season, and while Worcester are without skipper GJ Van Velze they welcome back fly-half Tom Heathcote.