The British & Irish Lions representatives will be out in force as the Guinness PRO12 campaign ramps up once again with another bumper weekend of action. [more] 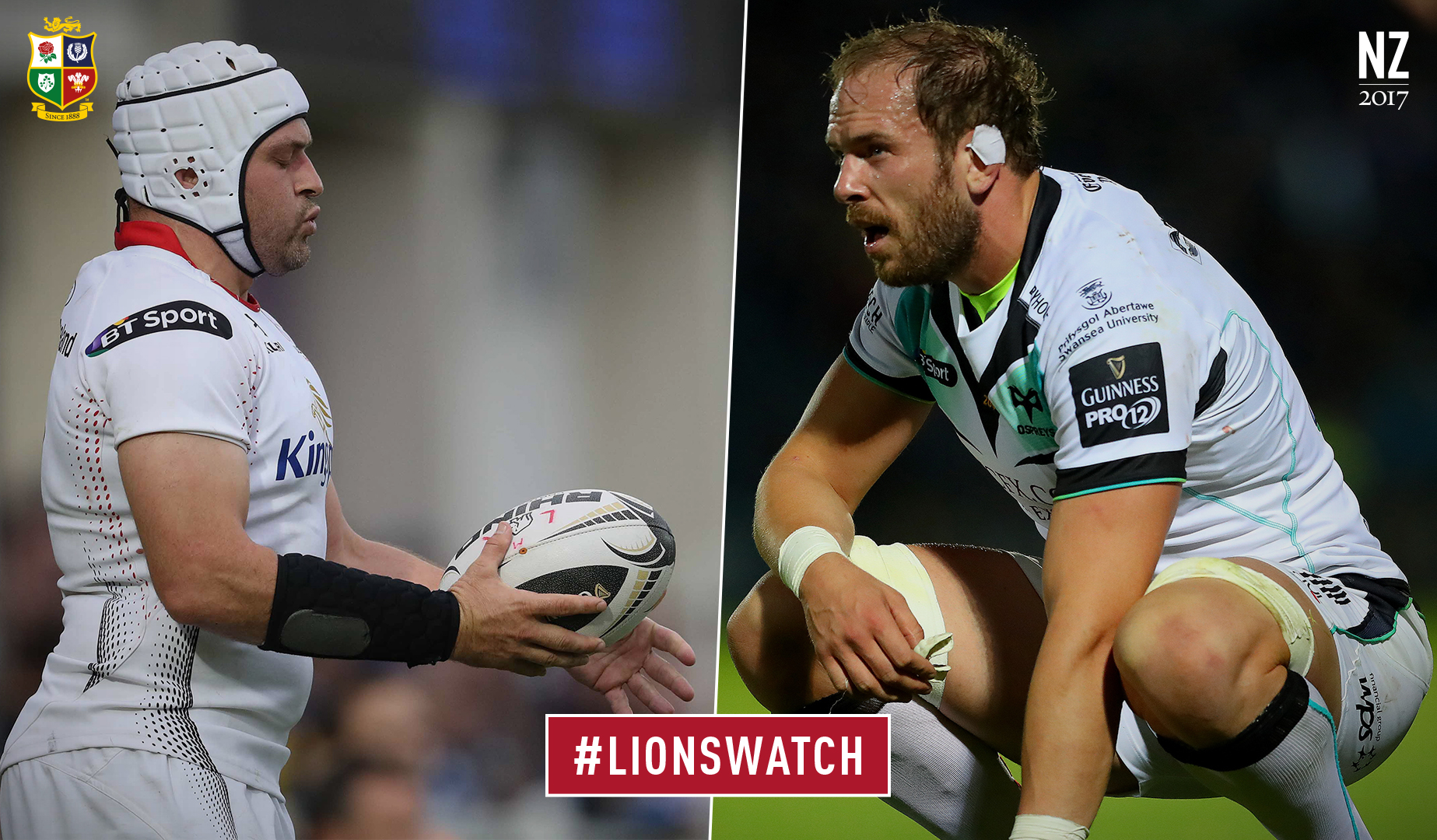 The British & Irish Lions representatives will be out in force as the Guinness PRO12 campaign ramps up once again with another bumper weekend of action.

The Cardiff Blues fought back to keep up their 100 per cent record with victory over Zebre, while Ulster are also perfect to start the season after victory over Glasgow Warriors.

Leinster also kept up their pace with a third win of the campaign, getting the better of Ospreys, while Scarlets edged out Connacht – that gave them a first victory this season.

And it's Ulster who currently atop the Guinness PRO12 table with four wins out of four, looking to maintain their winning start with the trip to Wales to face Ospreys.

Les Kiss' side prevailed 22-17 at the Glasgow Warriors last week, and a clash with the Ospreys will be the perfect opportunity for two Lions leaders to face off at the Kingspan Stadium.

In Alun Wyn Jones, Ospreys have experience in abundance, going on Tours to both South Africa and Australia, taking the captain’s armband three years ago in the decisive third Test. Jones also made his 200th appearance for Ospreys last weekend, and the lock will be keen to get his side back to winning ways.

But in his way will stand the returning Rory Best. He may have given up the Ulster armband this season, but having skippered Ireland in the 2016 RBS 6 Nations, the 34-year-old boasts a wealth of experience – not to mention his longevity to the province since 2004.


Best also grabbed a try in the two sides' last encounter back in May, the second victory of the season over the Ospreys – a win which secured a place in the play-off spots, although this marks his first game back from injury.
And that’s not the only Lions duo in action for the Ospreys, with Justin Tipuric continuing his own return from injury to take his place at openside flanker.

Cardiff Blues go into the weekend’s clash with Leinster with a spring in their step after Gethin Jenkins signed a new deal to stick with the region until 2018.

The 35-year-old prop, Blues skipper for the campaign and a veteran of three Lions Tours, may have a Wales record 126 caps to his name, but his side will have the challenge of facing Johnny Sexton, fresh from his eagerly-awaited Leinster return last week.

The fly-half is also skippering for the evening, while fellow 2013 tourist Jamie Heaslip takes his place on the replacements bench, as Leinster look to continue their strong start to the campaign.

Elsewhere, Edinburgh welcome back Ross Ford and a plethora of internationals for their trip to Connacht.
The 2009 Lion will be a boost to the Scots, losing out in Munster last week, with WP Nel, Grant Gilchrist and John Hardie also returning to the fore.

Scotland internationalists Nel, Ford, Gilchrist and Hardie return to the starting side for tonight's match against Connacht! #blacknredarmy pic.twitter.com/zhBJIHmZDh


While their Scotland rivals are welcoming back new faces, it’s all about solidity in selection for the Glasgow Warriors as Henry Pyrgos and Finn Russell continue their half-back partnership, as do Alex Dunbar and Mark Bennett in midfield.

Tommy Seymour is in the fold, looking to add to his seven tries from four matches, while opponents Newport Gwent Dragons will have Hallam Amos looking to add his own impact from the wing.

Then on Saturday, Munster will be looking to add to last week’s victory over Edinburgh when they face Zebre, with  the returning Peter O'Mahony fit enough for a place on the bench, while the Scarlets travel to Italy to take on Benetton Treviso.

V Scarlets @SimonZebo recorded a #MaxVelocity 10.2m per second, our fastest yet on GPS! Munster's fastest man is back tomorrow #MUNvZEB pic.twitter.com/ZpAPE9CRU8