The dust has settled after another pulsating round of Guinness PRO12 action and with a view to The British & Irish Lions Tour of New Zealand next summer, we analyse some of the best performers of the weekend. [more] 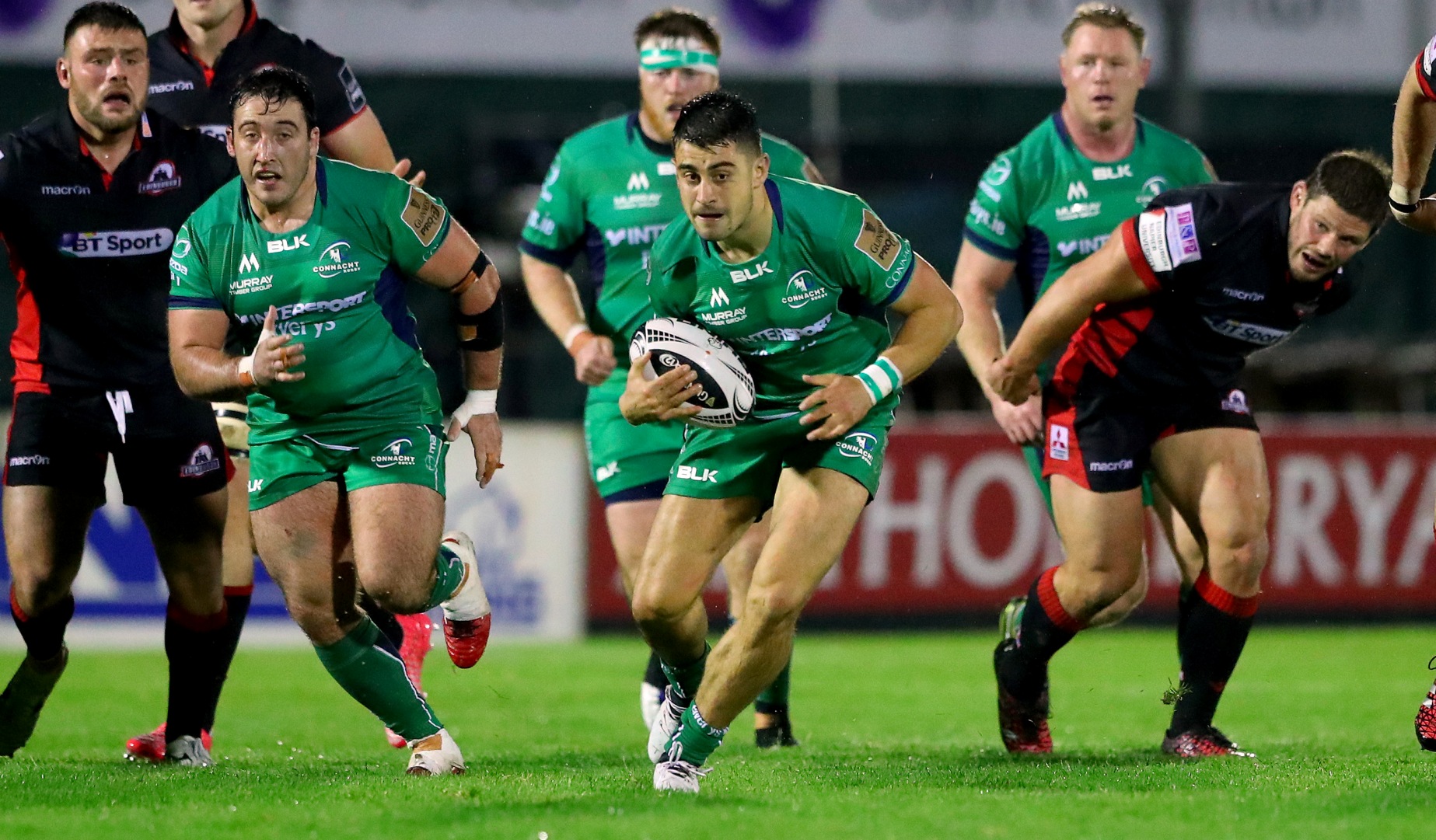 The dust has settled after another pulsating round of Guinness PRO12 action and with a view to The British & Irish Lions Tour of New Zealand next summer, we analyse some of the best performers of the weekend.

It had taken a while for Connacht to wake up this season but the Guinness PRO12 defending champions came alive this weekend – and no better was that exemplified than by Tiernan O’Halloran.

The full-back received his first Ireland caps during the summer tour of South Africa and against Edinburgh, delivered a performance of the ilk that brought the Sportsground to its feet so many times last season.

O’Halloran led all players on number of clean breaks (3) and defenders beaten (6) in the game, racking up 148 metres made in the process.

The only thing that was missing for the 25-year-old was a try, but Connacht’s back division profited from his efforts as Niyi Adelokun, Peter Robb and Cian Kelleher all crossed in a 28-15 win.

Good to be back in @PRO12rugby last night. Well done Connacht v Edinburgh a great game & a pleasure to ref you both pic.twitter.com/Hs5Zlbz2bx


Though it was not the result that Duncan Hodge was looking for in his first game since replacing Alan Solomons at Edinburgh’s helm, his forwards put in hard work in spades.

Ulster and Ospreys’ players also earned their crust in a bruising encounter at the Kingspan Stadium that saw the hosts eke out a 9-7 victory and keep up their unbeaten record.

Jared Payne rarely disappoints defensively in the centres and the Ireland international allied 11 tackles with four defenders beaten and two offloads made.

Sean Reidy was also a colossal presence for the hosts – chipping in with 15 tackles – but no one outworked Justin Tipuric.

Despite being on the losing side, the Wales flanker and 2013 Lion recorded 18 tackles, five carries and four gain-line successes – and he was duly given the man-of-the-match award.

Ospreys full-back Dan Evans also carried on his fine start to the season too – beating two defenders, making two breaks, and adding 56 to the league-best 424 metres he has made in total.

In more good news for Ulster, a two-time Lion returned to the fray:

A super sight, seeing @TommyBowe14 back in action at @KingspanStadium! He was looking sharp too ? pic.twitter.com/U9gjxlEuu0


In it to wing it

Another two backs who have started the season in fine fettle are Tom James and Tommy Seymour, and Round 5 was no exception.

In a game that saw both attacks stymied, Blues flyer James beat the most defenders (3) and only Leinster’s Dave Kearney matched his two clean breaks – though Jonathan Sexton’s boot brought a win for the Irish province.

Seymour drew a try-scoring blank for Glasgow Warriors – he has already scored seven this season – but the raw statistics suggest he has not lost a jot of his good form.

Along with his 75 metres made, Seymour’s three defenders beaten, and an off-load and clean break apiece, were influential in the Warriors’ 26-17 triumph away at the Newport Gwent Dragons.

At Munster, Darren Sweetnam is an up-and-comer to keep tabs on as the 23-year-old has found his feet under new director of rugby Rassie Erasmus.

The #GUINNESSPRO12 Man of the Match is Darren Sweetnam of @MunsterRugby presented by Jamie Murphy and Denise O'Brien #MUNvZEB pic.twitter.com/fqXmMgPCkL


Sweetnam, a gifted hurler who might well have gone on to become a star for his native Cork had he not opted to pursue a rugby career with Munster three years ago, scored a try and earned man-of-the-match honours as his side beat Zebre 49-5.

Leigh Halfpenny built on a solid start to the campaign – after his injury-wrecked 2015 – by impressing in Toulon's 28-6 win over Montpellier in the Top 14.

The Wales full-back, unerring with the boot during the Lions Tour of Australia in 2013, contributed 13 points off the tee as Toulon jumped up to third spot with victory.