The Scarlets will be hoping to maintain their Guinness PRO12 record of finishing inside the top six, something they've done every year since 2009/10. [more] 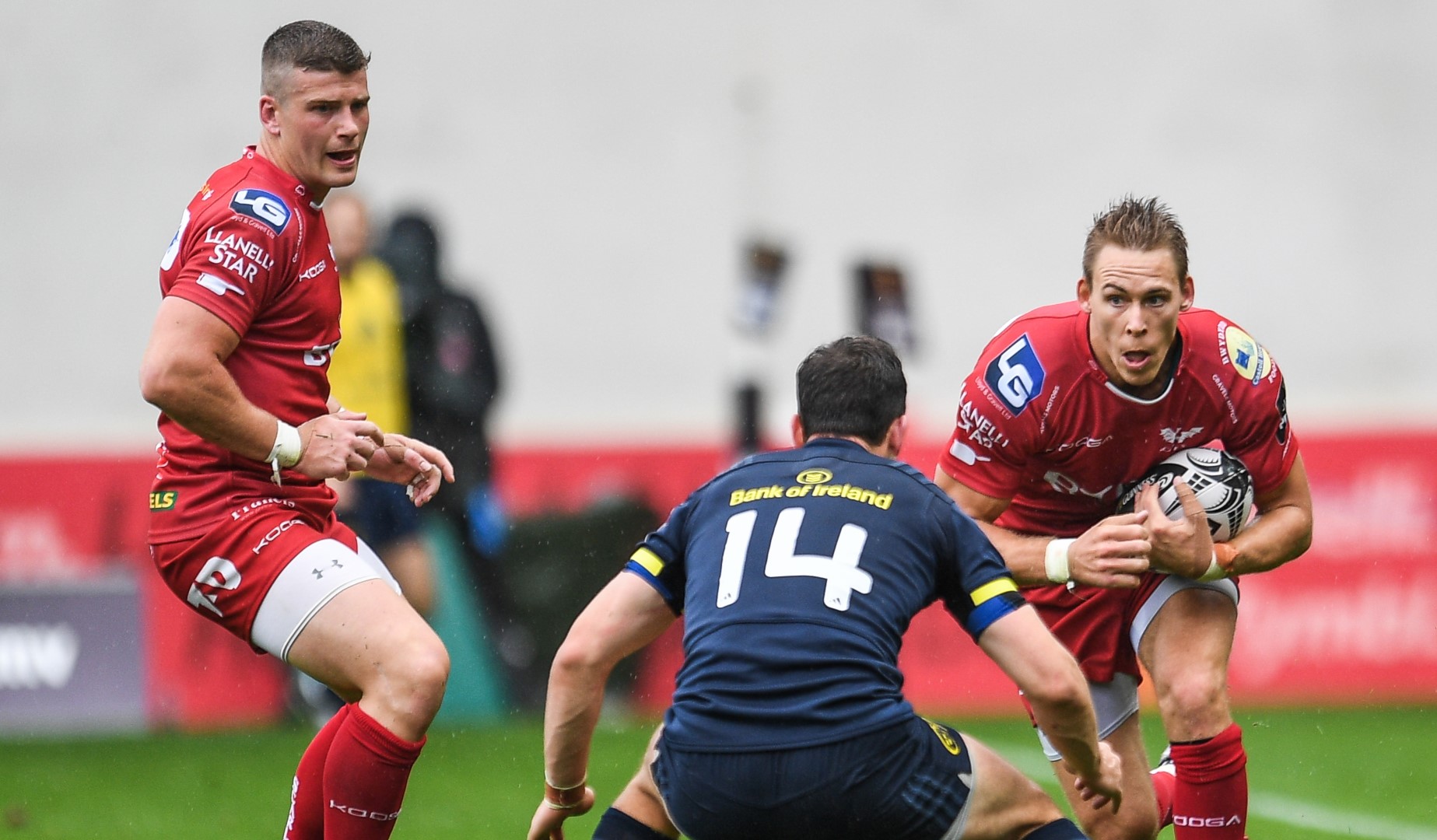 The Scarlets will be hoping to maintain their Guinness PRO12 record of finishing inside the top six, something they’ve done every year since 2009/10.

After finishing their first three games this campaign winless, pointless and with only two tries scored – alarm bells were ringing for Wayne Pivac’s men.

But since then they have downed defending champions Connacht and Benetton Treviso to begin climbing back up the table to their current position of eighth.

And with internationals like Samson Lee and Rob Evans gradually returning to the pack in front of a backline that on a good day contains a full-blown international in every position – optimism remains high.

Rhys Patchell’s move from the Welsh capital to take over the No.10 jersey is now paying dividends and Sky Sports pundit and two-time former Lion Scott Quinnell is confident the best is still to come.

“The start of the season was a little bit disappointing – losing at home to Munster in particular, but now they have a bit of confidence under their belt,” he said.

“The backline we are able to put out has been talked about a great deal – but the frustration is that maybe the forwards were a bit undercooked at the start of the season.

“But when they pick up form with guys like Rob Evans and Samson Lee coming back into the reckoning they will have built up some momentum before long.

“The back-row balance needs a bit of work, we need a ball carrier there. James Davies is a wonderful ball player, Aaron Shingler, Jonny Barclay – they are all very gifted but it is about finding a nice balance.

“In the backline Rhys (Patchell) is taking time to settle and guys like DTH (van der Merwe ) missed a lot of time.


"But they will pick up confidence and when they get that platform in place up front their first aim will be to get back into the top six and I know that they can do that.

“From there the aim will be to get back into the play-offs for the first time since the 2012/13 season.”

It is in the backline that Quinnell is most confident that the Scarlets have Lions contenders – not least Jonathan Davies who started all three Tests in Australia in 2013.

Throw in Liam Williams, who has starred on the wing and at full-back for Wales in the last year, and the former Lion is excited to see what his former region’s backs are capable of this season.

“Jon Davies has always had a huge amount of talent but now he combines that with being a seasoned international,” added Quinnell.

“He was absolutely superb in Australia under all that pressure – particularly in the third Test – and should be a Lion again in New Zealand. He impressed there this summer as well.

“Jon brings fantastic leadership qualities and the confidence of having one of the best players in the world in your side.

“Then there is Liam (Williams) who is just fantastic. He plays his heart out every week and is pushing so hard for the Wales No.15 jersey.

“Liam is so versatile and that will be a big help, he can play on the wing and for the last few months has become increasingly important for Wales."

Two other backline names jump out for Quinnell in centre Scott Williams and scrum-half Gareth Davies but the duo must work their way into the Wales side first.

Scott Williams has Jamie Roberts for competition while Gareth Davies has Rhys Webb.

“Scott Williams has been highly rated by everyone who sees him regularly in Wales but there is a battle for game time with Jamie Roberts and Jon Davies,” added Quinnell.

“Three of them are battling for two spots but if Scott can make the break through and get into the Wales midfield then he looks a good bet to get on the Tour.

“Staying in the backline and Gareth Davies made a great start to last season for Wales but with Rhys Webb back now he will have to win that battle first and foremost if he wants to get in the Lions.

“Then in the forwards Samson Lee is coming back into the fold – he has had a couple of pretty long injury lay-offs but if he bounces back he will be one of the guys pushing for the tighthead jersey in the front row.”

It is in the forwards – more specifically the back row – that the Scarlets’ potential bolters reside according to Quinnell.

John Barclay is a Scotland international while James Davies is awaiting his first Wales cap but both are names Quinnell likes the look of.

“James Davies has been outstanding – last year he was fantastic for the Scarlets and then in the summer he went and won a silver medal in Rio at the Olympics,” said Quinnell.

“If he gets on the Lions Tour then you would have to make a film about his life! He has started to take a bit of the limelight off his brother.

“But the first thing he needs to do is get that first Welsh cap – but if he could top it off and make the Lions Tour he would be one hell of a tourist – he is a real character and who knows what tattoo he would get next?

“It might feel strange to call John Barclay a bolter? He has been playing some wonderful rugby for the Scarlets and Scotland.

“And if the Lions want to compete in New Zealand they will need players who can get on the ball and also who can play ball and John certainly ticks those boxes.

“He came back into the Scotland team after a few years in the wilderness but Vern (Cotter) likes what he offers and while he might be a long shot – I think he has the type of game that could be what they need.”

The Scarlets as a region have only existed since 2003 but in that time have produced 13 Lions in total.

Simon Easterby was a revelation as an injury call-up to New Zealand in 2005 while last time out in 2013 Jonathan Davies and George North were the representatives.

But go back before that to the days of Llanelli RFC, Llandovery and Camarthen Quins, and there are well over 50 former Lions who plied their trade in West Wales.

The likes of Phil Bennett , JJ Williams and Ray Gravell stand out not to mention Quinnell himself who toured in 2001 and 1997 and his father Derek who toured three times – including the famous 1971 side that beat the All Blacks.

“If you go through the history books there are some great players – from Stephen Jones and Dwayne Peel through Phil Bennett, JJ Williams and Ray Gravell,” added Quinnell.

“We had all the Scarlets Lions that were alive at the time together for the closing of Stradey Park – that was a fantastic photo and a fantastic moment and I hope there are many more to come.”

Scott Quinnell is a two-time Lion who played for Llanelli, Richmond and Llanelli Scarlets while also winning 52 Wales caps. He is a pundit for Sky Sports.