Wales international Eli Walker scored a try-double as Ospreys secured the Welsh bragging rights in the Guinness PRO12 with an impressive 46-24 victory over Cardiff Blues. [more] 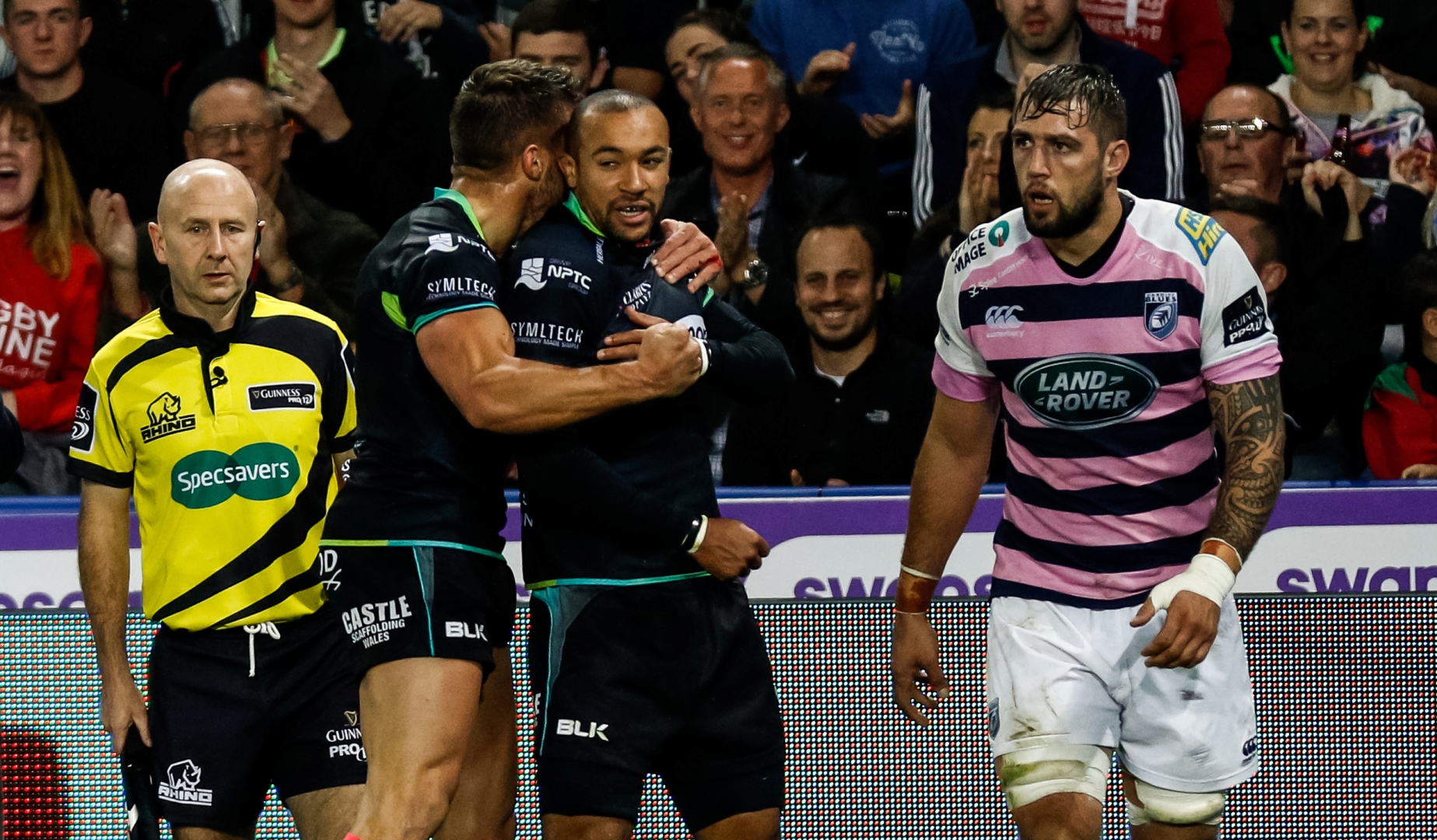 Wales international Eli Walker scored a try-double as Ospreys secured the Welsh bragging rights in the Guinness PRO12 with an impressive 46-24 victory over Cardiff Blues.

Both teams had suffered slender, low-scoring losses at the respective hands of Ulster and Leinster the week before but this was a match that showcased attacking flair in spades.

And with The British & Lions Tour to New Zealand swiftly approaching, several players furthered their claims for both club and country.

It was looking rosy for the Blues with 12 minutes gone as hooker Kristian Dacey gave the visitors a 10-3 lead.
But it was all Ospreys from there on out, with two-time Lion Alun Wyn Jones scoring the equalising try – and his 100th point for the Welsh region.

Walker then showed a neat turn of speed – with the Blues down to 14 men after Dan Fish’s yellow card – to finish in the right-hand corner.

Moments later Ospreys’ star finisher came to the fore once again, this time Dan Evans making the key break before Walker did the rest.

No let up in the second half

The Ospreys eventually reached the break 27-10 up – and their Welshmen continued to impress after the interval.
Ben John, after verification from the TMO, bullied his way across for his fifth try of the season while Evans and Josh Matavesi scores followed shortly after.


Matavesi's was in particular a powerful effort that epitomised Ospreys' all-action performance.

Wales wing Tom James wrenched a try back for the Blues on the hour-mark but by then it was too far gone, as the Ospreys leaped into second in the Guinness PRO12 table ahead of Saturday’s games.