LionsWatch: Records tumble in round six as the top dogs start to emerge

New attacking records were set in the Guinness PRO12's inaugural Big Weekend while over in England defending champions Saracens re-asserted themselves on top in the Aviva Premiership. [more] 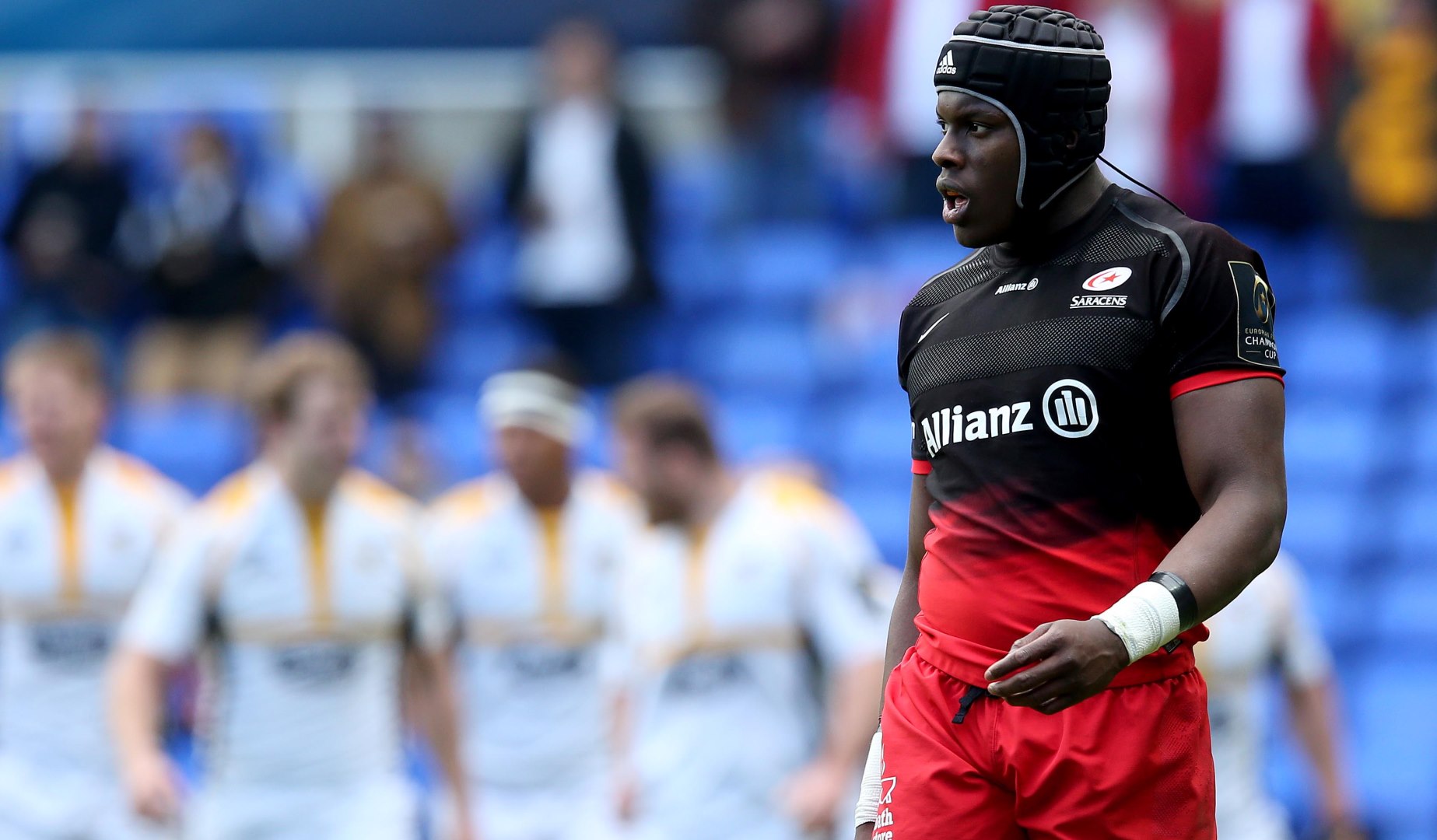 New attacking records were set in the Guinness PRO12’s inaugural Big Weekend while over in England defending champions Saracens re-asserted themselves on top in the Aviva Premiership.

For the first time since the Italian teams joined the PRO12  back in 2011, a total of 45 tries were scored across the weekend – more than ever before.

In addition, a new record for bonus points was also set with nine earned (six try bonus points and three losing bonus points) across the Championship.

The glut of tries came as the intense competition in the Guinness PRO12 continues with just four points separating leaders Ulster Rugby from sixth-placed Cardiff Blues.

Leinster dominated Munster in their interprovincial clash while defending champions Connacht finally look like they are clicking into gear.

Over in England Sarries ended Wasps unbeaten start to the campaign with a dominant display at Allianz Park to leapfrog their conquered opponents at the summit, while Quins scrapped hard to down Northampton.

Here we take a look at some of the top performers over the weekend:

Much has been made of the attacking rugby on show this season – 188 tries and counting in the PRO12 and 182 in the Premiership.

But rugby is about more than just scoring points and Maro Itoje continues to go above and beyond his job description to get Saracens victories.

Billy Vunipola walked off with the man of the match honours on Sunday while 2013 Lion Sean Maitland’s tally of 185 metres over the gainline is the most by a player this season, and in fact the most by any Premiership player since December 2014.

But Itoje continues to rack up the numbers for Mark McCall’s men. He made 16 tackles – more than any other player in the game – won two turnovers, claimed six lineouts and stole another.

That means that the workhorse lock now tops the turnover charts in England with nine and counting while he also leads the way for lineout steals with four.

There was one turnover in particular that was freakish in its brilliance for a man that does not turn 22 until later this month.

Itoje has been used exclusively at second row so far this season by Saracens and yet leads every player in the Premiership for turnovers.

Just behind Itoje in the charts is his England colleague Chris Robshaw who has won eight while over in the Guinness PRO12 there is yet more international competition.

Olympic silver medallist James Davies has pilfered eight turnovers for the Scarlets to lead the way while internationals John Barclay and Justin Tipuric have seven each.

Davies won silver with the GB 7s Olympics team this summer but it still awaiting his first Wales cap.

Sam Warburton and Tipuric will take some stopping, not to mention Ellis Jenkins, but if Davies continues his jackalling brilliance he could come into Rob Howley's mind.

Itoje could be in line for a flanker’s berth for England this autumn as injuries have destroyed Eddie Jones’ back-row options.

And if his breakdown work is anything to go by, he will clearly have more than enough about him – he has outperformed every flanker in Europe so far this season.

BOTH BACKS AND FORWARDS RUNNING RIOT

It is the attacking flair that has really caught the eye in the PRO12 – Tommy Seymour continues to lead the way in try scoring charts with seven.

But Ben John has five while Tom James and has four to round out the top three.

By contrast, in the Premiership it is the forwards that are doing much of the damage, Jamie George’s double this weekend against Wasps moves him clear on top with five tries.

But in the glut of players behind on four there are two Exeter Chiefs forwards in Luke Cowan-Dickie and Thomas Waldrom.

The Chiefs – runners up last year, were held to a draw this weekend against Gloucester and have some work to do to catch the current top four in the Premiership of Sarries, Wasps, Bath and Leicester.

Tackle counts continue to rise throughout the league and it was Wales international Ross Moriarty cutting down everything that moved this weekend.

He finished with a Premiership high of 22 for Gloucester in their draw with Exeter, but his teammate Tom Savage continues to lead the way with 76 overall.

But in the PRO12 Billy Holland has racked up more still, the Munster forward has 90 and counting although he was powerless to prevent their defeat to Leinster on Saturday at the Aviva Stadium.

Stuart Lancaster's influence on Leinster is already clear to see as they prepare for the return of European rugby this weekend  – Isa Nacewa's double the highlight of their win in the Irish capital.

Other statistical leaders across the two leagues include Waldrom’s 104 carries in the Premiership versus CJ Stander’s 82 for Munster.

Stander's haul however, has come from only 355 minutes of game time as the Ireland international has hit the ground running since the summer Tour to South Africa.

Semesa Rokoduguni’s 440 metres may lead the way for Bath in England but full-back Dan Evans is up to 537 for the free-scoring Ospreys – they put seven tries past local rivals Cardiff Blues on Friday night to re-assert their dominance in a strong start to the campaign as Sam Davies was preferred at fly-half to Dan Biggar.

Other stand-out performers included Graham Kitchener who won 12 lineouts himself for Leicester Tigers in their bonus-point win over Worcester to lift them back into the top four, and Magnus Bradbury scored a try and beat four defenders for Edinburgh to take his overall tally of defenders beaten to a PRO12-high of 22.

Edinburgh were too strong for Treviso while their Scottish rivals Glasgow Warriors had enough about them to down Zebre elsewhere in Guinness PRO12 action.

And now all attention must turn to Europe with the European Champions Cup – held by Saracens – and the Challenge Cup – held by Montpellier – up for grabs.

The first round of Pool matches kick off on Thursday when Harlequins – runners up in the Challenge Cup last year – take on Stade Francais.

Some of the marquee match-ups over the weekend include Glasgow Warriors against Leicester Tigers on Friday night, RC Toulon against Saracens on Saturday and Racing 92 against Munster on Sunday.