The brilliant boot of Owen Farrell helped reigning European Rugby Champions Cup holders Saracens get their title defence off to the perfect start by beating Toulon 31-23 in an enthralling clash in France. [more] 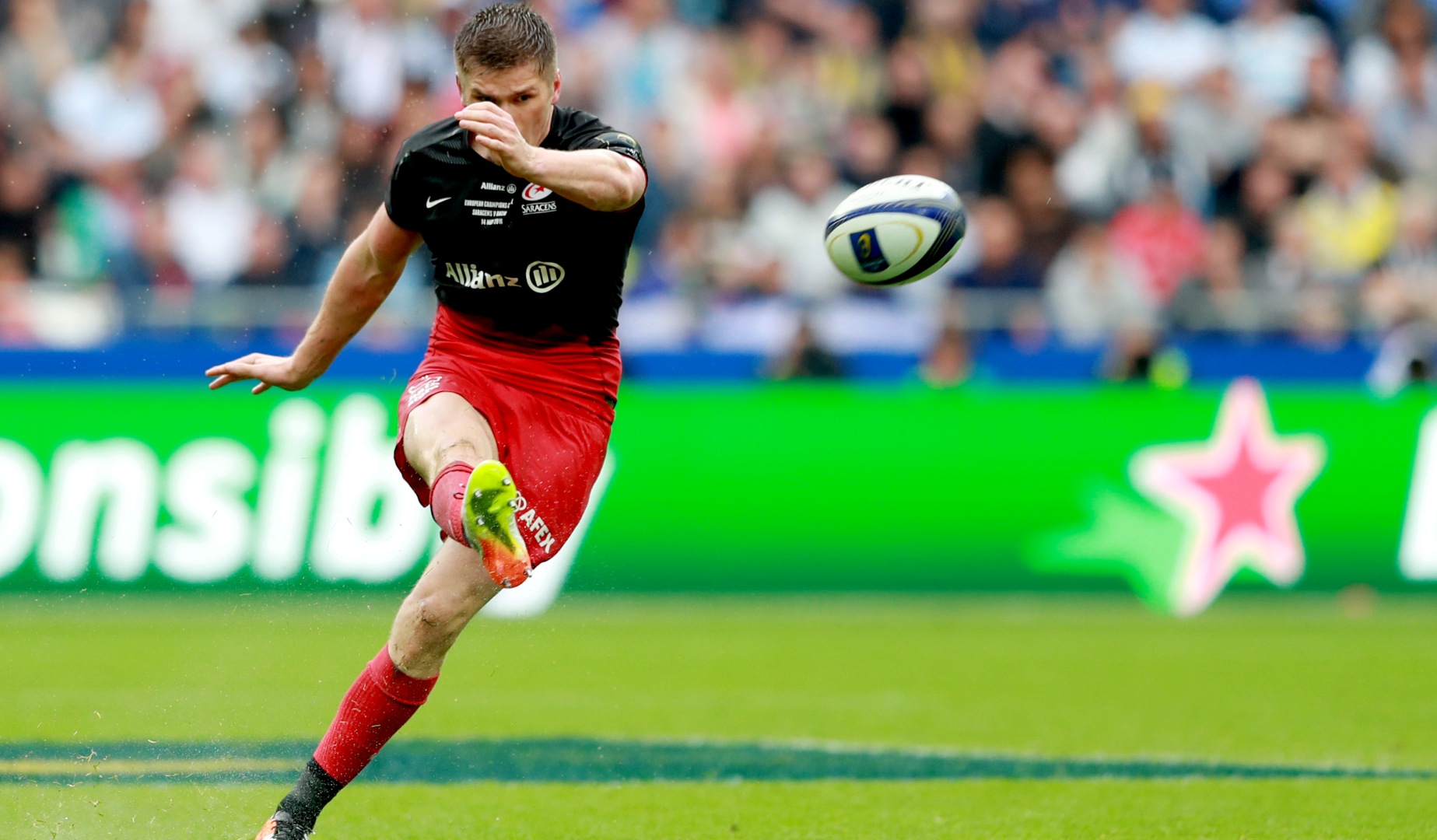 The brilliant boot of Owen Farrell helped reigning European Rugby Champions Cup holders Saracens get their title defence off to the perfect start by beating Toulon 31-23 in an enthralling clash in France.

With Toulon having lifted the trophy each year from 2013 to 2015, the winners of the last four Champions Cups squaring off always promised to be a genuine heavyweight clash – and it didn’t disappoint.

Farrell – who came off the bench in the third Test as The British & Irish Lions sealed a memorable series victory in Australia in 2013 – kicked 13 points as Saracens raced into a 28-9 lead before Toulon roared back with tries through Levan Chilavhava and Bryan Habana.

But the 43-cap England fly-half held his nerve to secure the victory with 78th-minute penalty, ensuring that Sarries became the first-ever visitors to record a Champions Cup victory at Stade Felix Mayol.

A proud @Saracens changing room. What an effort from every single player. Capt @bradbarritt leads the post game talk pic.twitter.com/VAaRxmiY1j


Farrell was far from the only man with his eyes on The British & Irish Lions Tour to New Zealand in 2017 to impress as Toulon’s Welsh full-back Leigh Halfpenny slotted 14 points to help instigate the French side’s comeback.

In what proved to be a fascinating head-to-head between two of the best No.15s on the continent, Halfpenny’s opposite number Alex Goode also showed off his defensive credentials with a fantastic try-saving tackle on Habana just after the hour.

Cip’s a kind of magic

Danny Cipriani demonstrated once again what a dynamic threat he is with ball in hand and from the tee as Wasps cruised past Zebre with a 12-try, 82-14 triumph at the Ricoh Arena.

The 28-year-old produced a world-class display in pulling the strings from No.10 and converted all six of the Aviva Premiership side’s first-half tries.

Cipriani also conjured up some magic early on as he drew in two Zebre defenders and delivered an inch-perfect, no-look pass to Joe Simpson for Wasps’ third try, while his man-of-the-match performance helped the hosts to their biggest-ever points haul in the Champions Cup.

.@WaspsRugby ran in 12 tries as they thrashed Zebre, including this from the KO! HIGHLIGHTS: https://t.co/HgqjSGGA5c https://t.co/F0TK9T5CIr