Iconic Lions Jersey is made available to pre-order

The eagerly-awaited British & Irish Lions replica match jersey has been made available to pre-order and Head Coach Warren Gatland believes fans will again show their support by wearing the iconic jersey. [more] 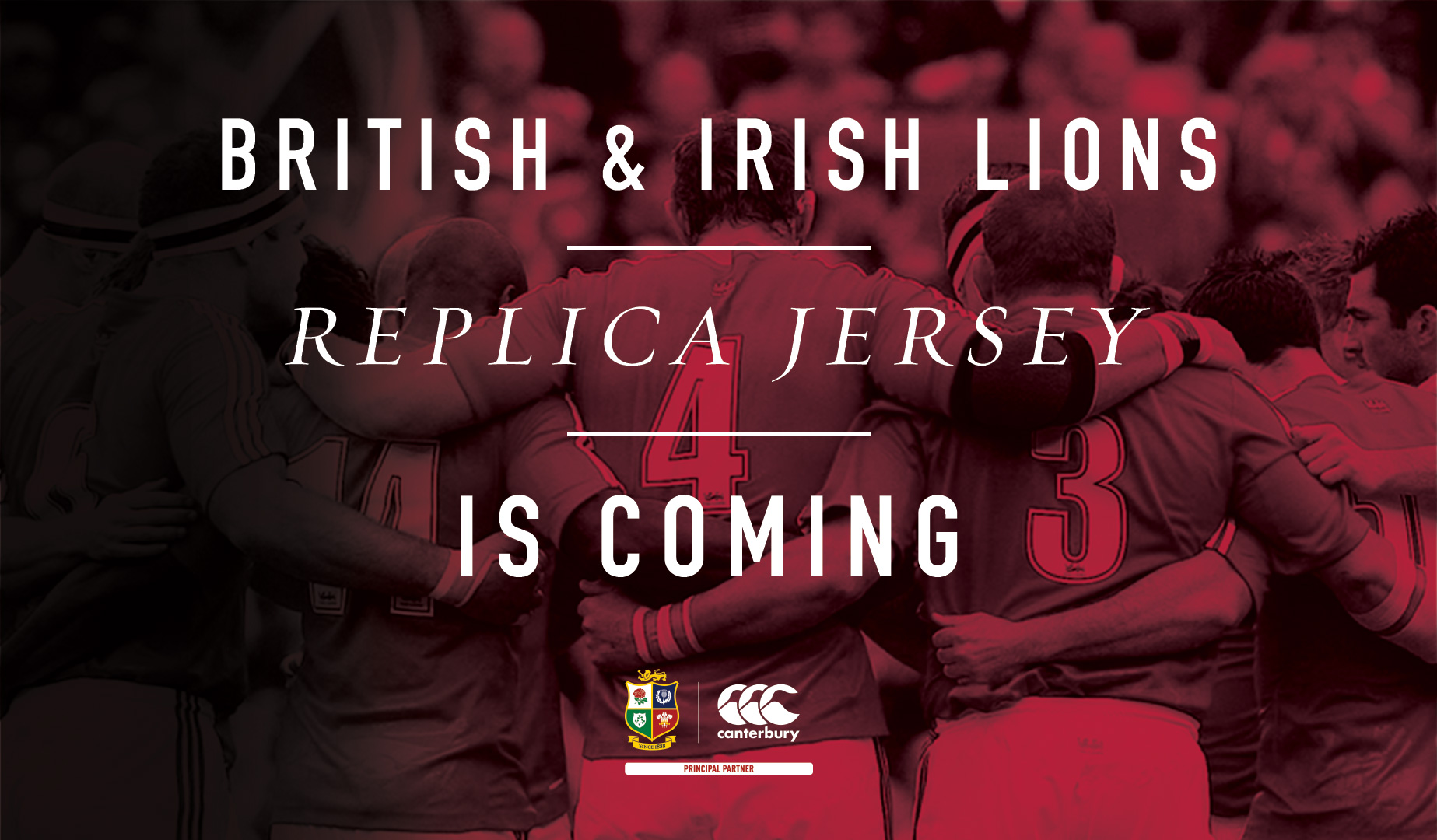 The eagerly-awaited British & Irish Lions replica match jersey has been made available to pre-order and Head Coach Warren Gatland believes fans will again show their support by wearing the iconic jersey.

The pre-order announcement ahead of the jersey’s unveiling on November 1, 2016 marks the latest step on the road to New Zealand for Canterbury who were selected to partner the Lions due to their unrivalled experience in rugby dating back more than 100 years.

Pre-order your Jersey at the Official Lions store!

After four years of waiting, fans are now able to purchase the replica of the jersey that will be worn by the Lions when they begin their Tour of New Zealand, with the first match set to take place on June 3, 2017.

"The Lions jersey is special – it’s Untouchable until you have earned the right to wear it,” said Gatland.

"This moment only comes once every four years and I am sure the Lions fans can’t wait for the jersey to be unveiled.

"To see tens of thousands of supporters wearing Lions jerseys at home and on Tour is a sight to behold and I know this one will be a hit with them."

Canterbury will also give 25 fans who pre-order the replica jersey an exclusive opportunity to see it before the rest of the world; a reward to the world’s most committed rugby fans.

"With more than 100 years’ experience in rugby, we understand the significance this famous jersey holds and have remained true to this heritage while ensuring the jersey is designed to enhance performance on the pitch.

“We also understand that this is a huge moment for Lions fans that only comes around every four years, so we wanted to make sure it was incredibly special for the most committed of those supporters.

"By offering them a chance to see the jersey first, we will be championing those that appreciate what the iconic red jersey means.”

The British & Irish Lions replica jersey, set to be officially unveiled on the November 1, is available to pre-order now at www.canterbury.com where fans can win the chance to see it before the rest of the world.