There's been plenty of activity at Edinburgh to start the season with Duncan Hodge stepping into the top job at the end of September as they look to challenge for a place in the Guinness PRO12 play-off places. [more] 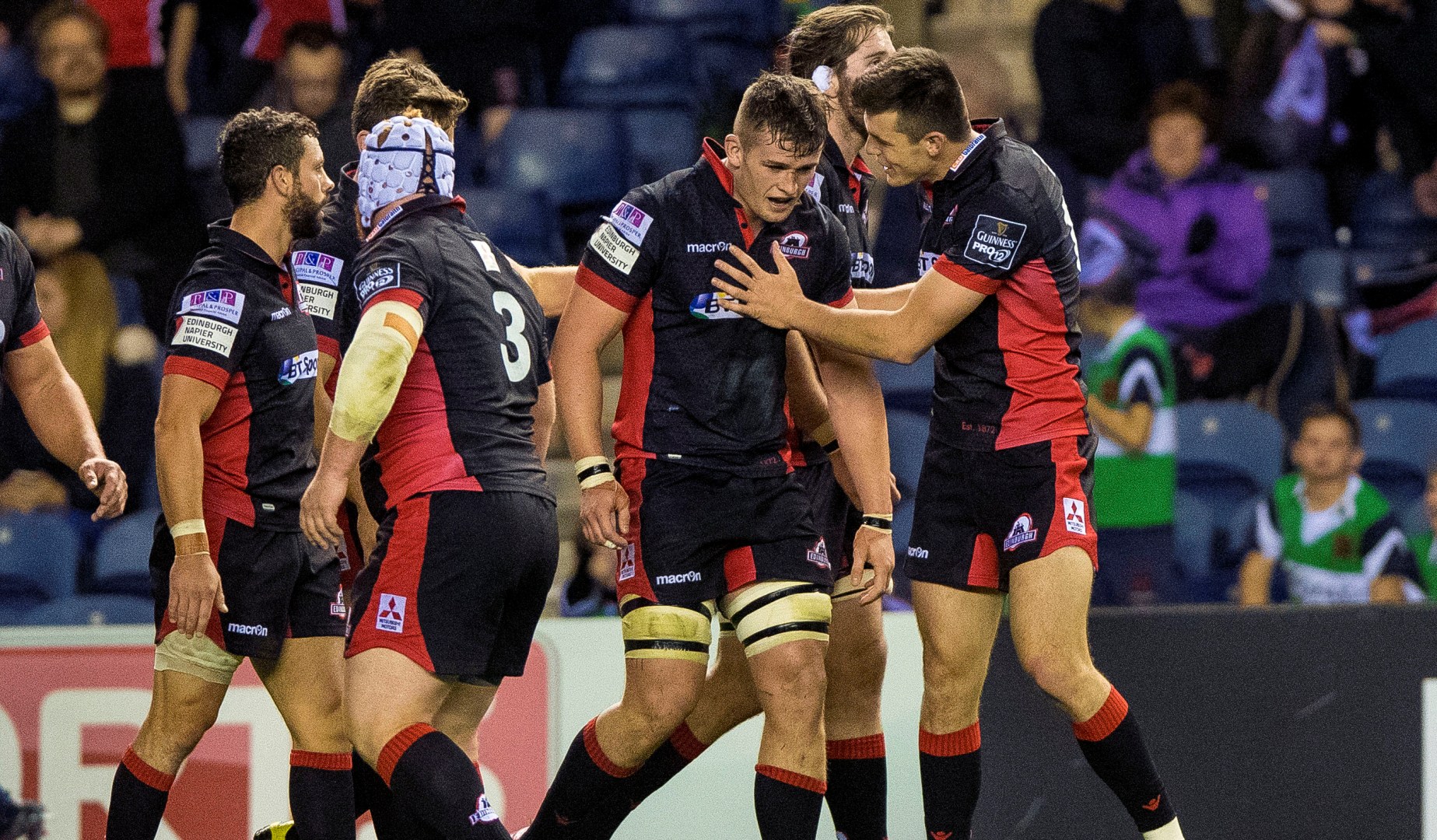 There’s been plenty of activity at Edinburgh to start the season with Duncan Hodge stepping into the top job at the end of September as they look to challenge for a place in the Guinness PRO12 play-off places.

In recent seasons they have enjoyed more success in Europe, including a Champions Cup semi-final back in 2012 and a Challenge Cup final in 2015.

But having built up a powerful pack which contributes plenty to Vern Cotter’s Scotland, the onus is now on Hodge to make the most of the Edinburgh backs.

“I think the SRU see him following the Gregor Townsend template and hope he can take advantage of this opportunity,” he explains.

“He’s been given a run until the end of the season to stake a claim to keep the job permanently.

“The signs so far are that the players are enjoying it and they’ve already scored 16 tries in just two games. Regardless of the opposition, they got 55 all of last season, so it’s a promising start.”

When it comes to The British & Irish Lions, Edinburgh’s strength looks to be in the pack, where they have a number of Scotland internationals, including the entire front row.

Leading the way for many, including Palmer, is tighthead WP Nel, who has established himself over the four years in the Scottish capital, and on the Test scene since 2015.

“Nel has been outstanding since he came to the club,” said Palmer.

“He’s been a revelation as a scrummager, but he also scores a lot of tries even if he’d admit that most of them have come from a cumulative distance of about three metres!

“He plays 80 minutes virtually every week and always wants to play, which isn’t that common for a tighthead.

“At this stage I think he’d be right in contention for a starting spot, and he’s also a great team guy so you’d think he’d be a good fit on Tour.”

The other two contenders for Palmer are also in the pack, flanker John Hardie and second row Grant Gilchrist, although he admits both face plenty of competition.

He added: “John Hardie was outstanding last year at the World Cup, and he also has the advantage of knowing New Zealand well.

“He’s incredibly hard-working and just a nuisance around the park. He doesn’t win that much ball on the deck, but makes up for it by being all over the place and he also gets a fair few tries from the back of mauls.

“Grant Gilchrist is another who was named Scotland captain by Vern Cotter when he first came in.

“Unfortunately he’s had a really tough run with injuries which means we’ve seen very little of him at Test level. Toulon tried to sign him last year but the SRU stepped in, so it shows how highly he’s rated in Scotland.

“There’s huge competition, firstly in Scotland with the Gray brothers, then with the Lions, but if he can stay healthy then he can start to push those guys.”

Alongside their established internationals, Edinburgh have a number of players who have shone for Scotland Under-20s in recent seasons and are now starting to force their way into the first team plans.

Leading the way is winger Damien Hoyland, who racked up eight tries in the Guinness PRO12 last season and made his first Test start in the summer against Japan.

Palmer said: “When it comes to Lions bolters Hoyland is a really promising young winger.

“He needs to push himself into the Scotland team on a more regular basis but if he can do that then he could get into contention.”

As well as Hoyland, young back-row duo Magnus Bradbury and Jamie Ritchie are also edging closer to international radar, and while Palmer admits they will more likely be targeting 2021, he’s been impressed by what he’s seen so far.

“Jamie Ritchie broke into the team last year and is very flexible with his ability to play six and seven quite comfortably.

“He was very close to getting into the international team last year although in the end they decided he was probably better off going with the Under-20s, but he’s started this season well.

“Magnus Bradbury is a big guy and has really done well so far this year. Cornell du Preez is now eligible for Scotland but Bradbury has been playing ahead of him in some games. His mother is also going to become the first SRU female president so he’s from a strong rugby background.”

Edinburgh’s history stretches back as far as 1872, playing the first-ever inter-district game against Glasgow – and that tradition continues today with the 1872 Cup.

Their current iteration dates back to 1996 and the advent of professionalism and they have had representation on three Tours during the 2000s.

Simon Taylor featured both in 2001 in Australia, and four years later in New Zealand, while Mike Blair and Ross Ford were both selected to travel to South Africa in 2009.

Taylor and Blair have since retired, but Ford is still going strong, and Palmer believes added competition at hooker in Edinburgh could push him to reach top form.

“With Stuart McInally there as well Ross Ford has as much competition as he’s had in a while and that could really push him on,” he said.

“He’ll win his 100th cap in the autumn and he’s an incredible physical specimen. You’ve got to hope the extra competition could see him step up a bit more.”

Mark Palmer is the Scottish Rugby Correspondent for the Sunday Times

News Scotland
Previous story Your Club Your Lions: Salisbury RFC
Next story Read’s All Blacks ready for fired up Wallabies