Paddy Jackson got Ulster's European Rugby Champions Cup campaign off the ground with a dramatic late drop-goal that sealed a 19-18 win over Exeter Chiefs at the Kingspan Stadium. [more] 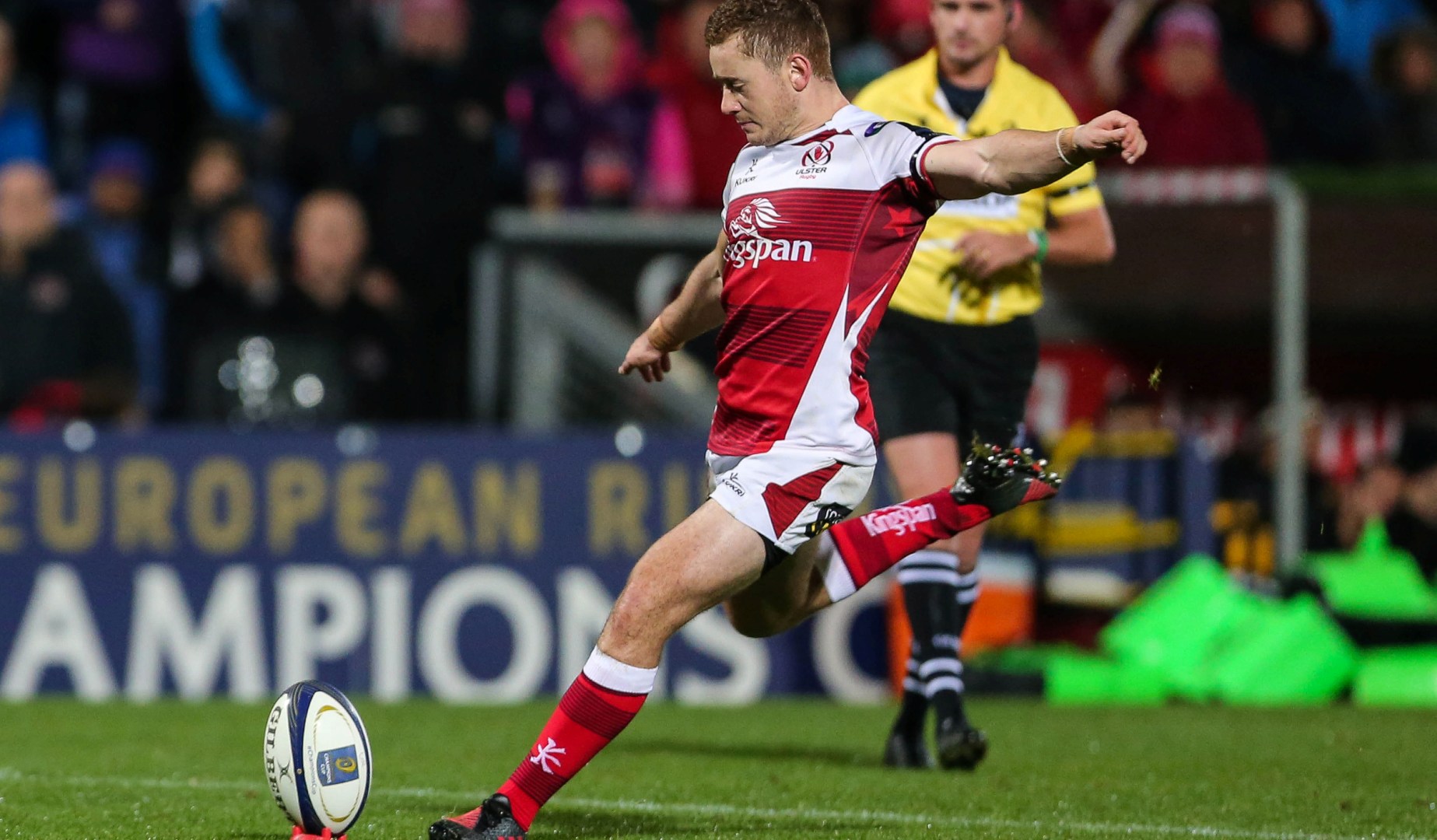 Paddy Jackson got Ulster’s European Rugby Champions Cup campaign off the ground with a dramatic late drop-goal that sealed a 19-18 win over Exeter Chiefs at the Kingspan Stadium.

Gareth Steenson’s drop-goal had put Rob Baxter’s side in front with three minutes left on the clock, only for Ireland stand-off Jackson to fire back with one of his own.

There was even time for Steenson to narrowly miss another drop-goal attempt of his own as the two sides fought out a must-win game.

Both sides had lost their opening encounters – Exeter falling to Clermont Auvergen 35-8 and Ulster 28-13 to Bordeaux Begles – leaving the two teams under pressure to deliver in Belfast.

It was Charles Piutau who produced the game’s real moment of brilliance, eluding the tackles of Jack Yeandle, Lachie Turner and Moray Low before passing to Irish-qualified flanker Sean Reidy to cross.

Yet in a tense encounter, there was always the sense that the two Irish stand-offs would decide proceedings with the shoe.

Steenson can hold his head high after 18 points, but Jackson showed fine composure at the death.

Jonathan Sexton takes to the field against Montpellier tomorrow, but Jackson combined excellently with Ruan Pienaar all night, was mature in possession and – after starring for Ireland in their win over South Africa in the summer – will hope to push the Leinster man for a spot in Joe Schmidt’s side.