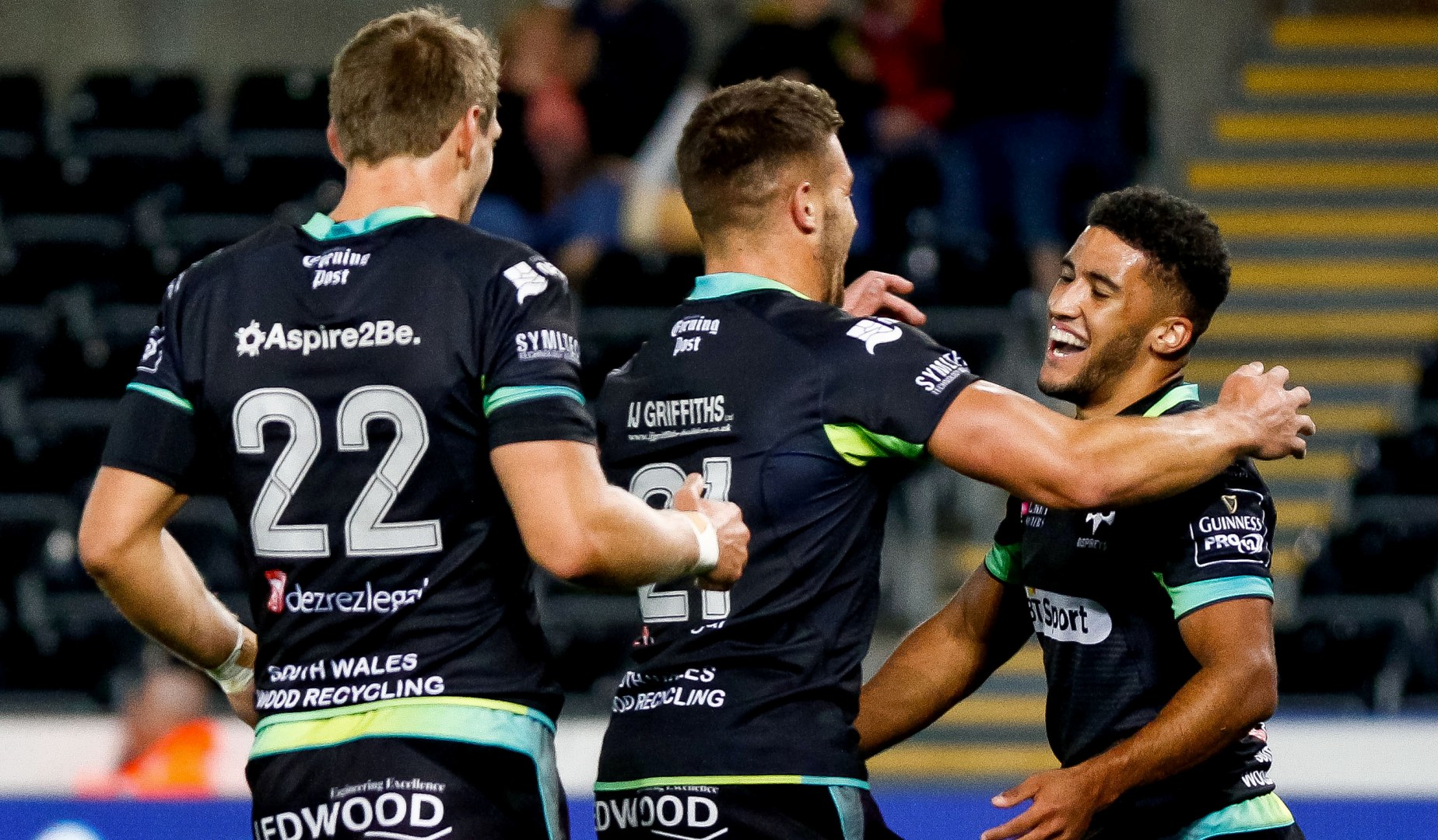 Keelan Giles was the star of the show for the Ospreys as the teenager lit up Lyon with a hat-trick in the Welsh region’s 31-13 Challenge Cup victory.

You’d have thought the Englishman had never been away"

Keelan Giles was the star of the show for the Ospreys as the teenager lit up Lyon with a hat-trick in the Welsh region’s 31-13 Challenge Cup victory.

The wing needed just 16 minutes to open the scoring, capping off an exhilarating length-of-the-field try for Ospreys' first try of the evening.

And it seemed the 19-year-old was only dealing in stunning efforts, touching down under the posts to help his side to a 17-3 lead at the interval.

Not even the perfect script could have summed up this performance for Giles, completing the hat-trick with an interception in his own 22 – going on to run in his treble to cap off a scintillating evening in France.

2013 British & Irish Lion Justin Tipuric also came on  as a replacement before Sam Parry secured the bonus point with a fourth try.

Backs take to the stage at Murrayfield

It was billed as a battle of the forwards at Murrayfield, but it was Edinburgh's backs who stole the limelight and the victory in a thrilling 11-try encounter with Harlequins.

Many had at least half an eye for LionsWatch on Joe Marler’s keenly-fought battle with fellow international WP Nel, with the two starring for their clubs so far this season, but the hosts’ backs who had the final say in the narrow 36-35 victory.

Edinburgh had as many as five tries in the first half, with Allan Dell and Blair Kinghorn touching down before Nasi Manu – a hat-trick hero against Timisoara Saracens last week – made it three.

And when Hamish Watson and Damien Hoyland made it 31-14 at the break, it seemed a long way back for England international Chris Robshaw’s Quins.

But fight back they did, with a second penalty try sandwiching scores from Kyle Sinckler and Mat Luamanu to give the English Premiership side a narrow 35-31 lead thanks to the boot of Tim Swiel.

But there was still time for Tom Brown to work his magic, triumphing in the aerial battle to seal an exhilarating 36-35 win for the Scots.

Elsewhere in the Challenge Cup, Jonny May’s dream return in a Gloucester shirt continued as he followed up last week’s score with another try in victory over Treviso.

You’d have thought the Englishman had never been away, making a mockery of his ten months on the sidelines to cross for Gloucester’s second try on the stroke of half-time.


And the Cherry and Whites kept on going with Matt Scott, who continues to impress for both club and country Scotland, crossing after good work from Billy Twelvetrees, a man who toured Australia with the British & Irish Lions in 2013.

Ian McKinley was making history for his Treviso side as the first man to wear protective goggles against a Premiership side in England, kicking his side’s only penalty in the 37-8 defeat.

Brive had not won in three previous visits to England, but two tries in the last 20 minutes helped them to a 25-24 win over Worcester Warriors.

Said Hireche and Thomas Acquier were the men to cross, while centre Ben Te’o dotted down for Warriors before a late Andy Short try proved not enough to prevent a seventh successive Challenge Cup defeat.

But there were no such problems for Ensiei-STM, winning in Russia for a second successive week after victory against Newport Gwent Dragons.

Stanislas Selskii touched down twice for the hosts, now victorious in four out of five home games, while backs Pat Howard and Sam Beard couldn’t prevent a 38-18 defeat for Dragons.