Thomond Park witnessed heady European days when Anthony Foley was in his pomp, but the 26,500 inside Munster's grand old ground will never forget the relentless tribute that an inspired province laid on against Glasgow Warriors on Saturday. [more] 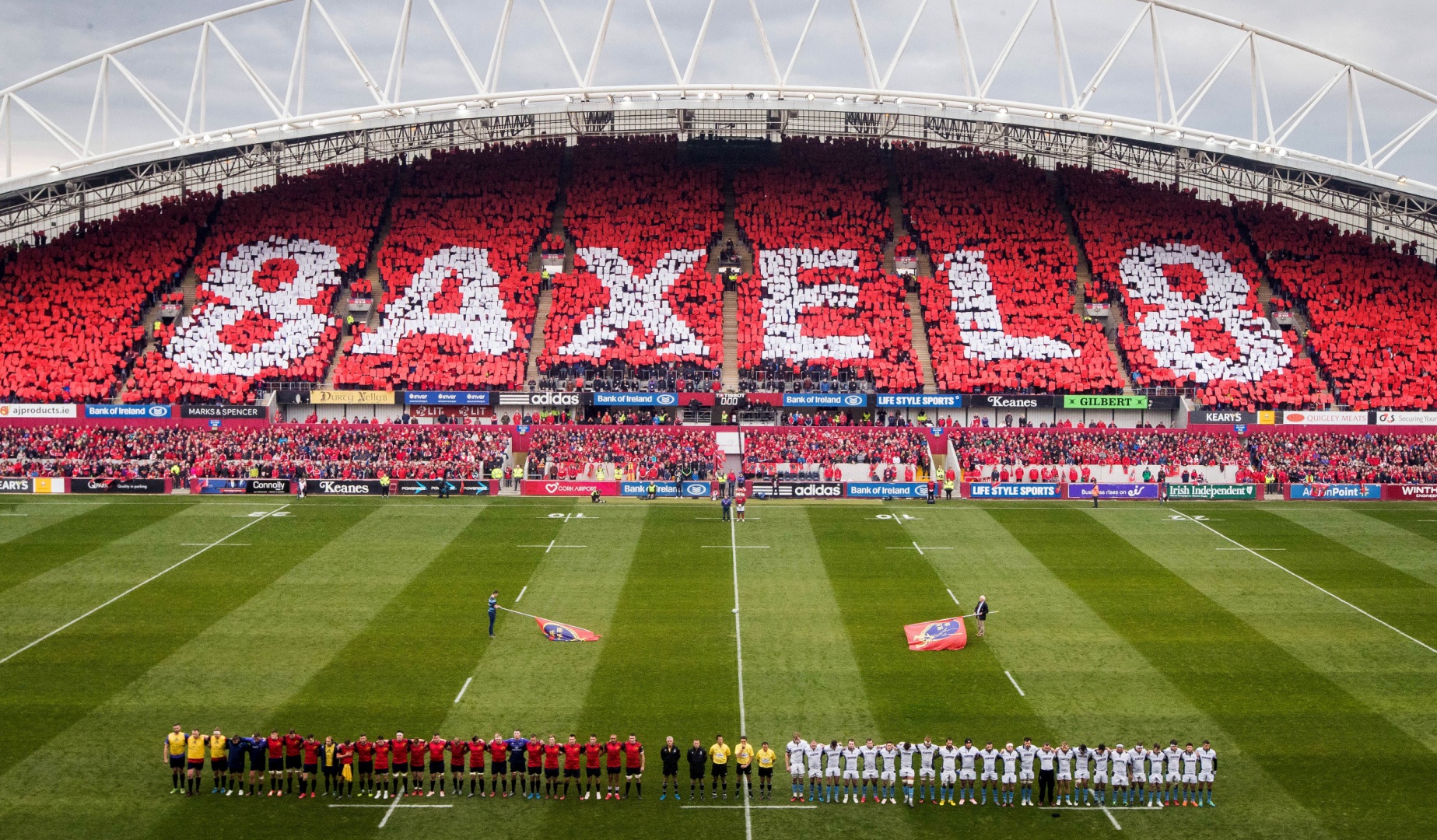 Thomond Park witnessed heady European days when Anthony Foley was in his pomp, but the 26,500 inside Munster’s grand old ground will never forget the relentless tribute that an inspired province laid on against Glasgow Warriors on Saturday.

The Scottish side – so convincing in their 42-13 win over Leicester Tigers – were out-scrummed, out-rucked and out-thought by an inspired 14-man Munster side. The ground ‘where miracles happen’ witnessed yet another as the Munster faithful inspired their Men in Red to a performance fitting to the great heritage that Foley so embodied.

Tyler Bleyendaal set the tone with an impeccably taken solo score, before he was again at the heart of Jaco Taute’s fine try, his delayed ball sending the South African over in the corner.

Keith Earls’ dismissal scarcely seemed to affect Rassie Erasmus’ men, as the occasion lifted them to ever greater heights.

Peter O’Mahony, a pall-bearer at Foley’s funeral on Friday, and CJ Stander were at the heart of a Munster performance for the ages.

Wonderful scene in Thomond Park as Axel's sons Tony and Dan join the squad for Stand Up And Fight #SUAF #MUNvGLA pic.twitter.com/DCVZHDjAn2

Simon Zebo scored Munster’s third on the half hour, while Bleyendall was unerring with the boot and Glasgow struggled to deal with the hosts’ intensity.

There was no sign of a let up after half-time as Munster pressed their dominance in the scrum, earning a penalty try that took Munster 31-3 ahead.

Glasgow rallied with tries from Pat MacArthur and Mark Bennett, but it was undoubtedly Munster’s day as Rory Scannell capped a stellar individual performance with a try with five minutes remaining.

As Munster remembered one of their all-time greats, Foley's two children were welcomed into Munster's full-time huddle as the Irishmen signed off on an emotional week.