Ioane gets All Black tour chance

Auckland Blues teenage winger Rieko Ioane could be set to make his international debut for New Zealand after being included in their squad for their northern hemisphere Tour. [more] 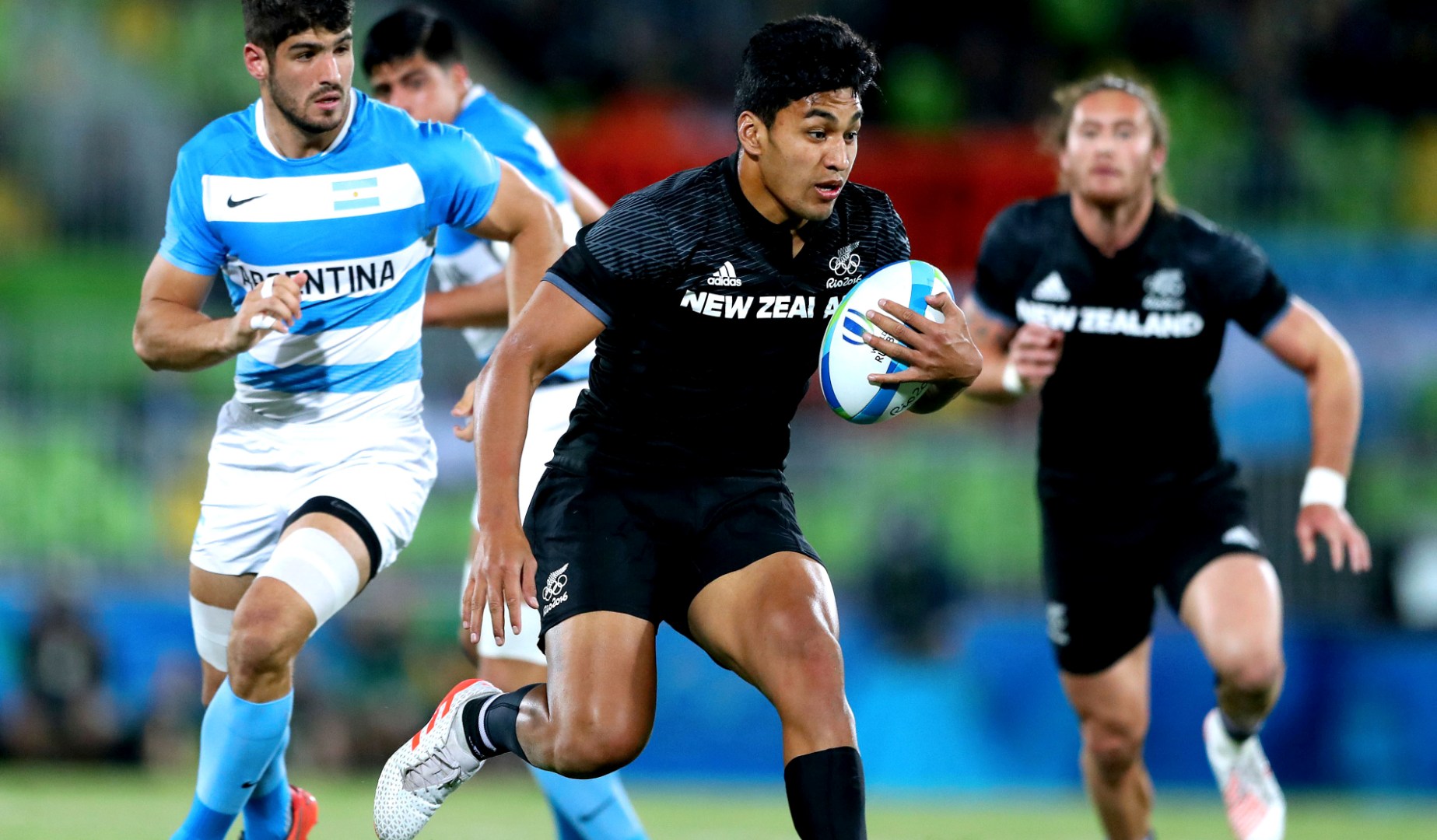 Auckland Blues teenage winger Rieko Ioane could be set to make his international debut for New Zealand after being included in their squad for their northern hemisphere Tour.

Steve Hansen has named an extended squad for the four Test matches against Ireland, twice, Italy and France as New Zealand aim to extend their winning run which currently stands at 18.

They achieved that with victory over Australia on Saturday, in what is currently scheduled to be their final home game before the arrival of The British & Irish Lions next year.

And now Hansen has given a chance to Ioane, who was part of the New Zealand Sevens squad that competed at the Olympics in Rio this summer.

He said: “Firstly, the selectors would like to congratulate all players selected for this Vista 2016 All Blacks Northern Tour.

“It’s always particularly exciting being named in a touring All Blacks squad. We welcome in Rieko who has been picked for the first time. He has shown tremendous abilities and deserves his opportunity.

“The Tour gives our leaders and the team the opportunity to continue to grow, in what will be different environments and against opposition that will bring a different style of game and skillsets. This will ask questions of us and, in doing so, challenge us.

“Younger players will get more experience within the All Blacks environment, and it'll allow the selectors and coaching group to keep working on blending the mixture of young talent with the more experienced players in our group. This will allow our game to continue to improve and will help ensure the team is future-proofed.

“As always, coaches, players and management will also need to continue to grow their skillsets and challenge themselves to improve their core roles.”

Ioane is joined in the squad by uncapped hooker Liam Coltman of the Highlanders while Steven Luatua is also recalled.

It will also be a family affair for the Barrett family with fly-half Beauden joined by his brothers Scott, the second row including as cover for Sam Whitelock, and Jordie, who will travel as part of New Zealand’s apprentice scheme which previously saw Ardie Savea travel with the team in 2013.

Hansen added: “We think it has huge benefits for a young player. Jordie will get all the experiences of touring and being part of the All Blacks group without the pressures of having to perform on the park. He is an outstanding prospect and has a big future in the game.”

The All Blacks will begin their tour in the USA when they take on Ireland in Chicago before travelling to Rome, Dublin and then Paris.