The opening fortnight of Champions Cup action is in the books with a range of impressive displays from players across the four nations. [more] 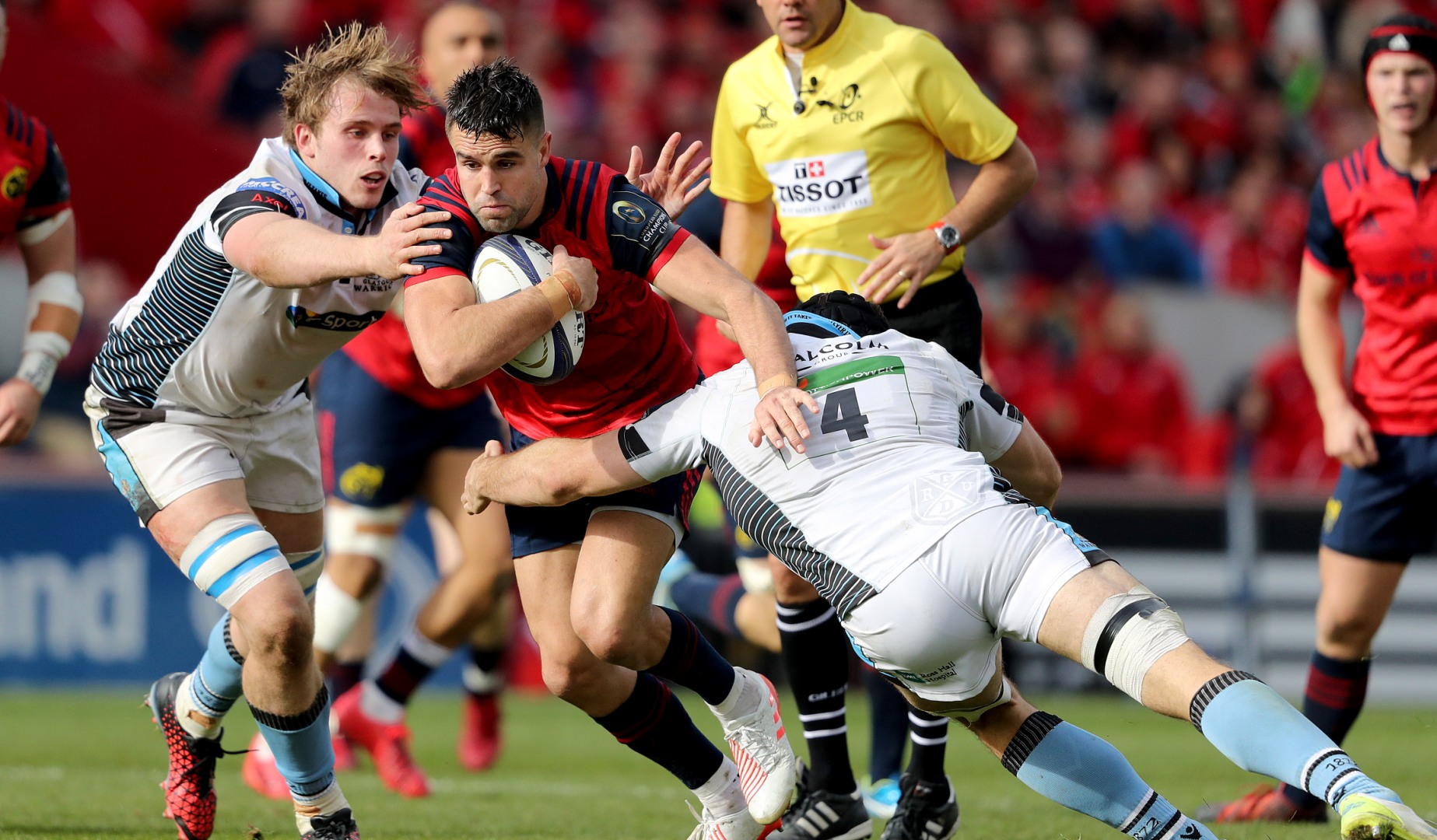 The opening fortnight of Champions Cup action is in the books with a range of impressive displays from players across the four nations.

On Saturday all attention was on Thomond Park where Munster triumphed on an emotional day against Glasgow Warriors, saying a fond farewell to club legend Anthony Foley.

Dominating the territory and possession game, the two-time champions were clinical when they got chances, claiming a 37-18 success despite playing an hour with 14 men.

That puts them top of Pool  1, while Leicester Tigers got off the mark with victory over Racing 92 in a must-win game for the East Midlands side.

Elsewhere Saracens are two from two after their bonus-point success over Scarlets, moving top of Pool 3, with Leinster’s losing bonus point in Montpellier edging them top of Pool 4.

Finally Connacht sit top of Pool 2 thanks to successive wins over four-time champions Toulouse, and then Zebre.

The role of a modern day second row stretches far beyond simply winning the ball at the lineout, and Jonny Gray has shown the value of having a defensive rock in the heart of your pack.

The Glasgow Warriors lock is way out in front of the tackle stats with 31 made and none missed from clashes with Leicester Tigers and Munster. Obviously, the nature of the match against Munster must be taken into account.

It was a difficult weekend for the Warriors as they came up against an inspired Munster team who paid the perfect tribute to Foley in the first game since his passing.

Wonderful scene in Thomond Park as Axel's sons Tony and Dan join the squad for Stand Up And Fight #SUAF #MUNvGLA pic.twitter.com/DCVZHDjAn2


But despite the 37-18 loss, Gray still managed 15 tackles to take his overall tally to 31 in two matches.

That’s seven more than the next best player with a perfect record, Saracens No 8 Billy Vunipola on 24, following another strong display in their bonus-point success against the Scarlets.

In between, Wales and Scarlets flanker Aaron Shingler has made 27 tackles, missing three, Jack Yeandle of Exeter Chiefs and another Scarlet, Will Boyde, have 25 tackles for three misses.

While Gray leads the way in defence, it's Connacht's Cian Kelleher who has been the leading threat on attack over the first two rounds.

The 22-year-old arrived from Leinster in the summer in search of more game time, and so far has taken advantage of the opportunity he's been given.

After two rounds of European Champions Cup action, the winger or full-back leads the way in most of the major attacking categories including metres made, clean breaks and defenders beaten, helping Connacht to two wins from two over Toulouse and Zebre.

Way out in front in terms of metres made, Kelleher has racked up 246 metres in all, 59 more than anyone else in the competition. Again, there's a caveat of sorts and at this early stage all stats must be treated with caution.

But as the only man to have reached 100 metres in both games to date, Kelleher's achievement bears marking.
He leads a pair of English full-backs in Ben Foden and Alex Goode as the leading metre-maker of Lions-eligible players.

That has helped Connacht to the top of Pool 5, as they secured a 52-7 win away to Zebre, their biggest-ever win in the competition.

Given they are in a pool that features Wasps and Toulouse, winners of six European titles between them, it’s a promising start to the campaign for Pat Lam’s men.

While back three players tend to dominate the metres made charts by virtue of running back kicks, defenders beaten is another case entirely. Yet Kelleher, with his dazzling feet, leads the way here as well, along with another young Irish talent.

Joey Carbery led Leinster to victory in round one against Castres and came off the bench away to Montpellier as the Irish side claimed a potentially crucial losing bonus point.

Johnny Sexton played 40 minutes in the south of France, but Leo Cullen will have been grateful to have a player in the form of Carbery waiting in the wings.

He and Kelleher have beaten 15 defenders apiece to sit top of the pile in the competition, level with Clermont’s Wesley Fofana.

Joint third in terms of home nations players, Nathan Hughes has beaten eight defenders so far, and none more crucial than Paul Perez on Sunday in Toulouse.

The Wasps No 8 went over in the final minute against the four-time champions to earn a precious draw in France.

HIGHLIGHTS: Once again @jimmygopps shows nerves of steel for @WaspsRugby. Take a look at their trip to the Stade Ernest Wallon #ChampionsCup pic.twitter.com/uFoUjW2X64

Finally the lineout has been of huge importance so far in Europe, with the chance to attack off first phase ball invaluable.

At 2m11 Devin Toner towers over the vast majority of opponents, so it’s no surprise to see him near the top of the lineout charts.

Only former All Black Bryn Evans has managed more lineout takes than Toner’s 13 for Leinster across two games, which is a major reason behind Leinster’s spot at the top of Pool 4.

Next for the home nations are a pair of English locks, Graham Kitchener and his former Leicester Tigers teammate Geoff Parling, now at Exeter, who have managed 11 apiece, including one steal for the latter.

Despite Parling’s efforts, it wasn’t enough to give Exeter victory away to Ulster, as Jackson’s late drop goal was the difference in a thrilling 19-18 success in Belfast.

Kitchener, meanwhile, was part of the Leicester team that got a first European win of the campaign against Racing 92 on Sunday, playing his part against a struggling visiting lineout in the 27-18 win.

HIGHLIGHTS: Watch @LeicesterTigers turn around Round 1 and take a vital victory at home #ChampionsCup pic.twitter.com/VMblFvHBX8