Your Club Your Lions: Whitland RFC

To produce one British & Irish Lion on a winning Tour is a cause for celebration for most clubs. Having two on the same Tour? That's reserved to very few. [more] 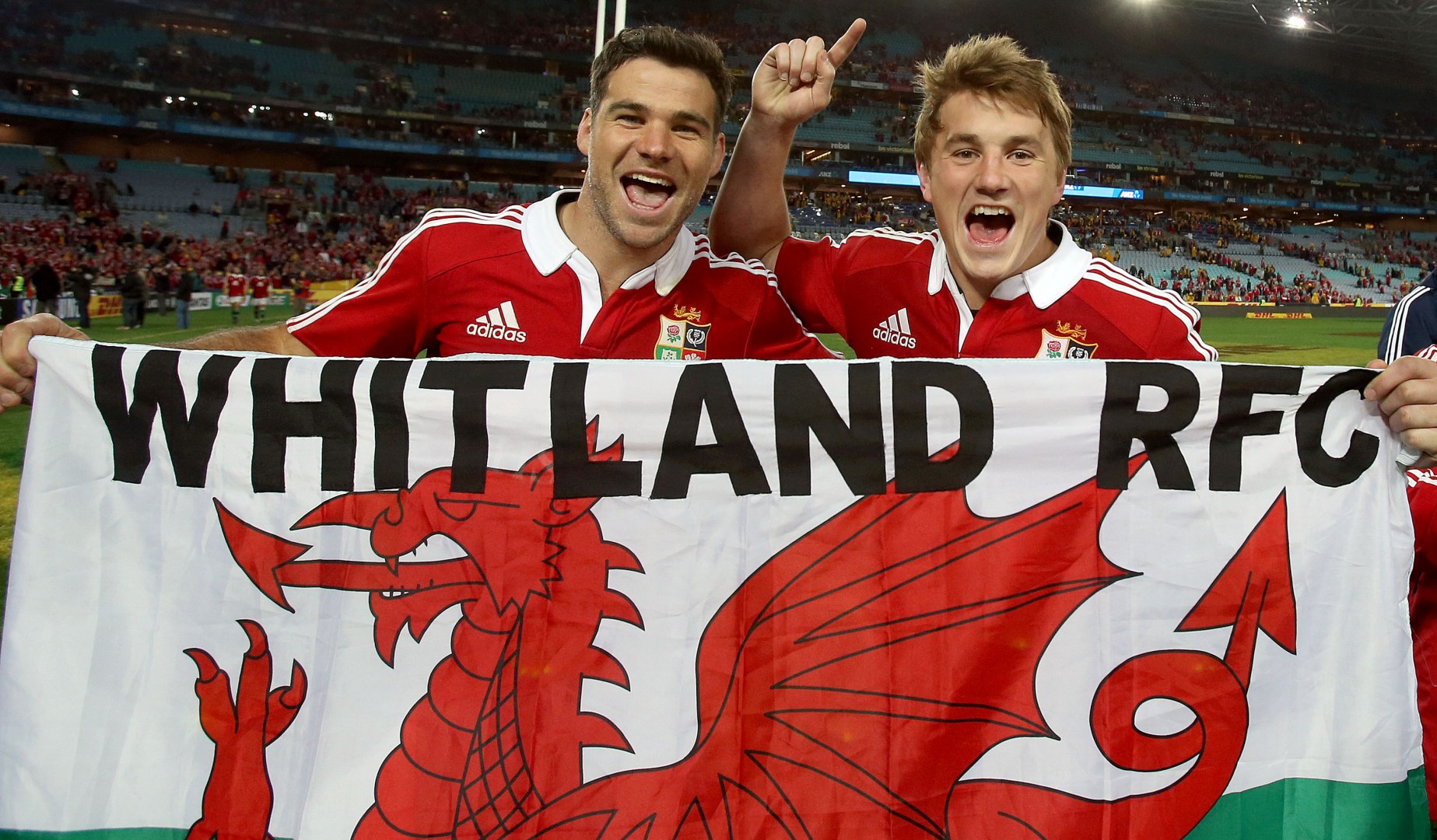 To produce one British & Irish Lion on a winning Tour is a cause for celebration for most clubs. Having two on the same Tour? That’s reserved to very few.

And yet Whitland RFC, based in the small town of the same name with a population of less than 2,000, provided two of the starters for the historic third Test victory over Australia back in 2013.

A veteran of two Lions Tours, Mike Phillips was joined by another Whitland old boy in Jonathan Davies for that momentous win in Sydney.

For the Borderers it was a special moment to see the pair thrive on the biggest stage, and Phillips and Davies paid tribute to their childhood club after the game.

Now playing for Sale Sharks after spells with three of the Welsh regions, Bayonne and Racing 92, Phillips certainly hasn’t forgotten his roots, even if he was playing a different position back in those days, starting life as a flanker.

Brian Cook, the former Whitland president recalls: “Mike started playing at Whitland from about seven or eight years old, and it was clear even as a youngster that he was very talented.

“He never received any youth or school caps though, but he had impressed a lot and was a special player, so I got him involved with (invitational side) Crawshays.

“He came on as a half-time replacement in his first game, and after the match people were coming up and asking, 'where has this boy been?'

“That is where he really cut his teeth and made an impression – but he had been impressing at Whitland for a while and showing that he was a class above.

“His brother Rob was a scrum-half as well, and Mike has always been a very physical and dynamic half-back, which he obviously showed in a Lions shirt.

“We were all absolutely delighted to see him playing for the Lions. It was a very proud moment for everyone at the club, and then to see him playing alongside Jonathan in 2013 made it even better – we are clearly doing something right!”

That is certainly true, with Davies Scarlets and Wales centre partner Scott Williams another to have started out at Whitland.

And the club can even lay claim to an Olympic silver medallist following the exploits of James Davies – the younger brother of Jonathan – in Rio this summer for Team GB’s 7s team.

And having seen their heroes achieve the highest honours in the game, there is hope that a new generation of players at Whitland will be inspired by Phillips and co.

Cook added: “Mike is a lovely guy away from the field, he's very sociable and friendly and he will always stop by to say hello when he is home.

“I remember once being at the club about 10pm at night and he was driving past and saw the lights on in the clubhouse, so he just stopped in to see how everything was going.

“He was also a very good cricketer in his day. He was man-of-the-match for Whitland in a youth final once – a very good all-rounder, he could bowl very quickly.

“It's always great to see him back, and he is brilliant with the kids – they all look up to him for obvious reasons.”

A focus on youth has been apparent in recent years for Whitland, but the club’s history goes back much further – in fact they celebrated a 125th anniversary last year.

And having had two players in Australia three years ago, they will be optimistic of more when the Lions travel to New Zealand next June.