LionsWatch: Scannell holds his nerve but Ulster show their class

Rory Scannell's late drop goal condemned Ulster to a heart-breaking defeat against their provincial rivals Munster on Friday night but rugby's true values shone through on a tough night in Belfast. [more] 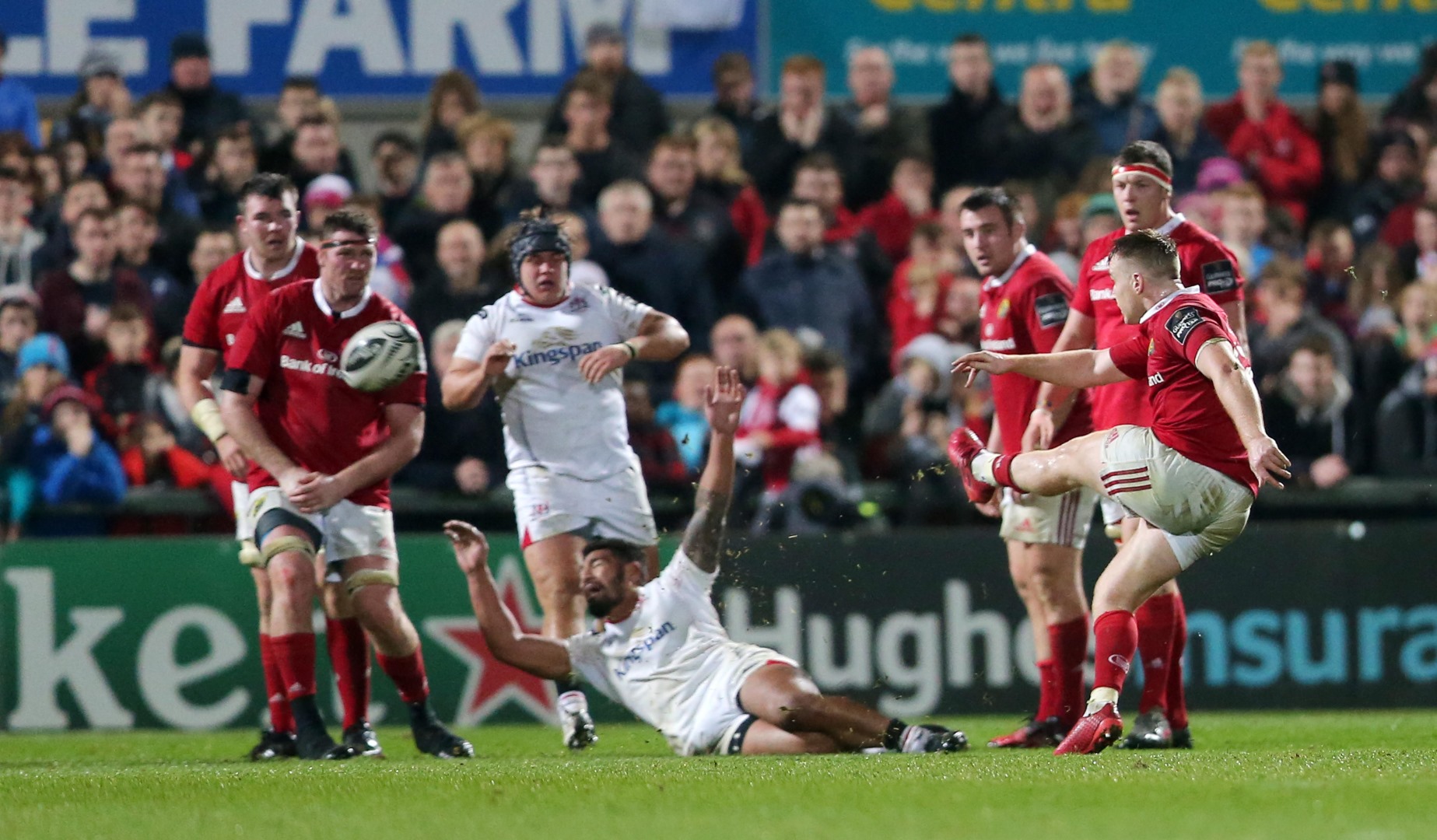 Rory Scannell’s late drop goal condemned Ulster to a heart-breaking defeat against their provincial rivals Munster on Friday night but rugby’s true values shone through on a tough night in Belfast.

Still less than a fortnight since the tragic death of Munster and Ireland legend Anthony Foley, both sides shared a beer in the changing room afterwards in honour of the great man.

It mattered not that Ulster had let slip a 14-0 lead and surrendered top spot in the Guinness PRO12 table – they showed true class to commiserate with their Irish comrades in the away changing room.

And Munster director of rugby Rassie Erasmus was blown away by the gesture after the game.

“From last week with the funeral, Les Kiss was down, Rory Best was there, the supporters wanted to help up,” Erasmus said.

“I have so much respect for Irish people from the last two weeks. I always had respect for them, but I just couldn't believe the way they stand for each other here.

“From before the game, to after the game, it’s always tough when you lose a game. But they came in there with a few protein shakes and beers afterwards into our team room and offered them to the guys.

“That takes special men to do that, so they obviously have a great spirit here. It’s not for nothing that they were leaders of the log.

“It’s humbling to know this, because it doesn’t really happen in professional rugby anymore with guys coming over to your changing room to share a beer with you. It was nice.”

Ulster and Ireland fly-half Paddy Jackson had been the drop-goal hero last weekend in Europe for the Ulstermen as they edged out Exeter Chiefs.

But they were on the receiving end against their provincial rivals at the Kingspan Stadium on Friday, as Scannell held his nerve before Jackson’s own effort in response drifted just wide.

All Black Charles Piutau had put the hosts into an early lead with his first try for his new club before Rob Lyttle – a first-half injury replacement for Darren Cave – produced a moment of magic to make it 14-0.

And with Ian Keatley enduring a disappointing night from the tee for the visitors it looked like they had done enough.

But 23-year-old Scannell stepped up to move Munster above Ulster in the standings and Ulster director of rugby Les Kiss insisted rugby friendships mattered more than the scoreline on nights like this.

“We just made a commitment beforehand that whatever happened, we’d do it,” said Kiss. “As you know, we put the plaque up there for Axel and it was just a gesture to stand with him and have a beer and a chat.

Great to have this fitting tribute from @UlsterRugby in our changing room. Close to our hearts #Axel #RugbyFamily pic.twitter.com/87s7IJHZHD


“While it’s a battle out there and you go at each other, there are some things that are bigger and better than the game.

“One of those things is that we go in there and respect that, because they’ve been through some tough times.

“We did it out of respect and to honour Axel, really, and it’s just a shame that the beer wasn’t as sweet as I would have liked it to be.”