LionsWatch: The wide men making ground after Round Seven

The Aviva Premiership and the Guinness PRO12 returned to action last weekend and there were plenty of moments to savour in a dramatic round seven. [more] 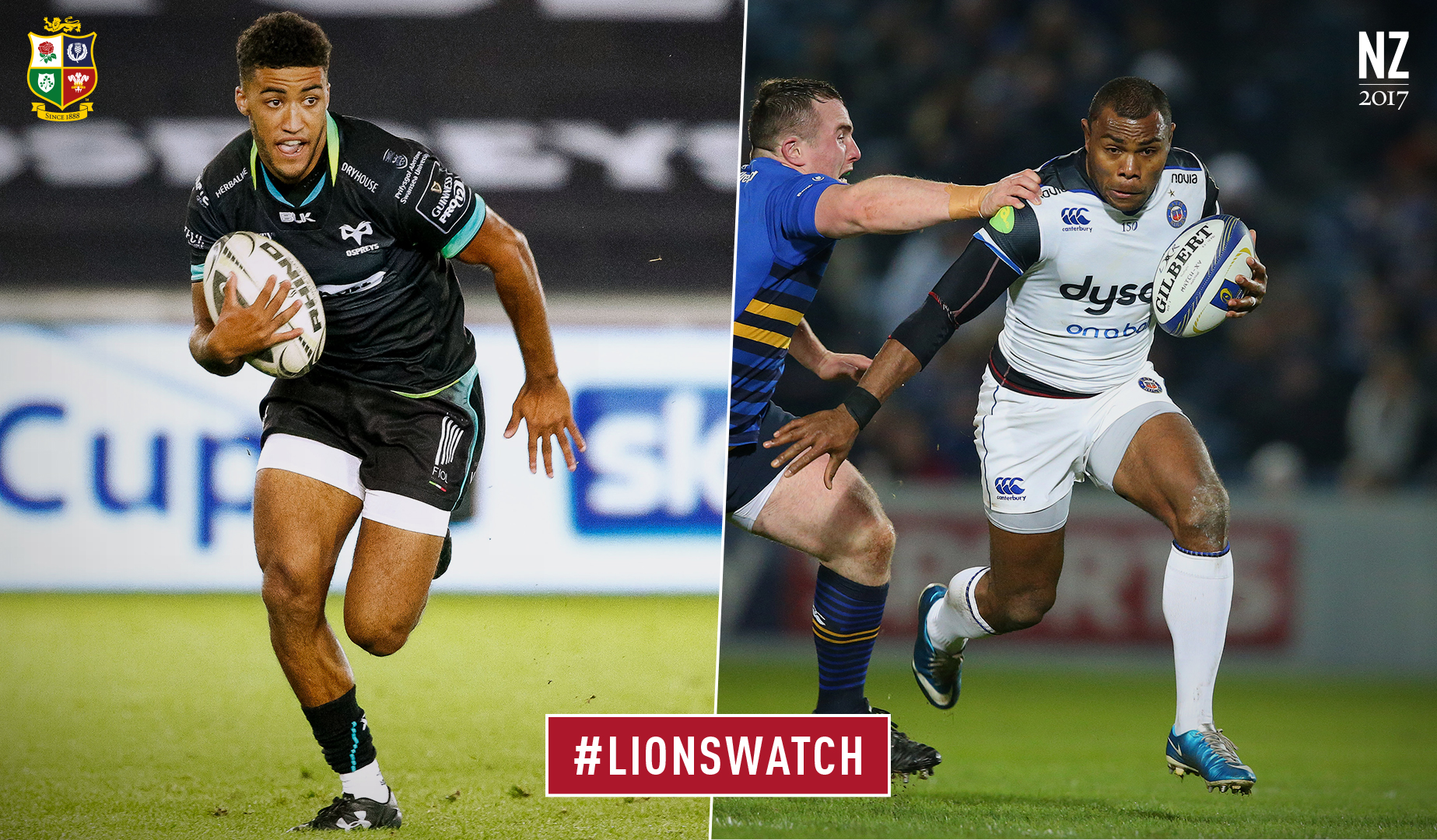 The Aviva Premiership and the Guinness PRO12 returned to action last weekend and there were plenty of moments to savour in a dramatic round seven.

On Friday night Rory Scannell’s nerveless late drop goal lifted Munster over their inter-provincial rivals Ulster – before both sides showed admirable class in sharing a beer after the game in honour of the departed Anthony Foley.

The Scarlets continued their recent upsurge with a fourth win on the spin in the league against rivals Cardiff Blues while Glasgow Warriors showed their class in downing Benetton Treviso.

In England, Saracens proved they are still the team to beat with a resounding victory over Leicester Tigers on Saturday.

Later that day Leinster moved to the top of the Guinness PRO12 standings with their revenge win over defending champions Connacht.

And on Sunday Joe Launchbury tuned up for England’s autumn with a man of the match display in their bonus-point win over Newcastle Falcons.

But we begin our in depth LionsWatch at the final game of the round at Sandy Park where a certain winger saved his best for last.

Semesa Rokoduguni has been one of the stand-out players in the first seven rounds of the Aviva Premiership and his last-gasp try for Bath on Sunday secured a dramatic win over Exeter Chiefs.

The Fijian-born flyer had to wait until the eighth minute of added time to strike, shrugging off both Gareth Steenson and Olly Woodburn to score the decisive try.

That was Rokoduguni’s fifth try of the season – taking him joint top of the Aviva Premiership standings and was yet more evidence that both England, and potentially The British & Irish Lions should take note.

.@bathrugby's @Dmjattwood on @rocco3225: "If I could pick my player to be I'd probably be him." pic.twitter.com/FcftmZJrXC


A quick look at the Opta statistics tells you everything you need to know about his influence in the West Country.

The winger has made more metres with ball in hand (541m), clean breaks (12) and beaten more defenders (26) than any other player in the league.

But it was not just Rokoduguni that was making waves out wide in England this weekend, a special mention must go to both Joe Marchant and Mike Haley who starred for Quins and Sale respectively.

Haley – who just last week was called up by England – beat nine Bristol defenders in the Sharks’ win at Ashton Gate, the most by a player this season and almost twice as many as the Sale man had managed in a Premiership game previously.

While Marchant, who at only 20 has been a revelation in midfield for Quins this season, made 140 metres from only eight carries against Worcester – including a crucial intercept score.

Most clean breaks in the Aviva Premiership and Guinness PRO12 after seven rounds:

But it is not just in England that the wide men are holding sway, in the Guinness PRO12 this weekend there were star attractions to behold.

Not least 18-year-old Keelan Giles who continues to turn on the style for Ospreys with eight tries in his last four games for the region.

He bagged a double this weekend as they had too much for Newport Gwent Dragons but his stats make for even more eye-popping reading.

The speedster – who has been invited to train with Wales this autumn and went to New Zealand in the summer as injury cover – beat seven defenders and made four clean breaks for 98m with ball in hand.

Up in Glasgow, Rory Hughes was equally impressive, making a whopping 166m with ball in hand and helping himself to two of the Warriors five tries in their win over Treviso.

Leading the way in the Guinness PRO12 for overall metre makers however are two Welshmen, Dan Evans and Tom James.

Both, like Rokoduguni, have broken the 500m barrier already and the latter also bagged a try for the Blues this weekend to take him joint second in the Guinness PRO12 try charts on five, two behind Tommy Seymour who still leads the way on seven.

But it is not all about the flair players out wide, Lions Tours are won by players putting in the unseen work in the middle – the hard yards.

And no-one epitomises that selfless spirit more than 2013 Lion Brad Barritt – the centre has made more tackles than any other back across the home nations so far this season.

He was at it again on Saturday as his tally of 24 tackles was the most ever recorded by a back since Opta began collecting this data in 2008.

His Saracens cohorts Jim Hamilton (22) and Jackson Wray (21) were not far behind him while over in Ireland there were some huge defensive displays on show.

Sean Reidy made 25 tackles in defeat for Ulster against Munster to take his tally to over 100 for the season while his back-row teammate Robbie Diack managed 20 of his own.