LionsWatch: Kearney among those to return to Ireland’s XV against New Zealand

Joe Schmidt has opted for experience ahead of this weekend's clash with New Zealand as the Ireland head coach recalls a trio of British & Irish Lions for the game in Chicago. [more] 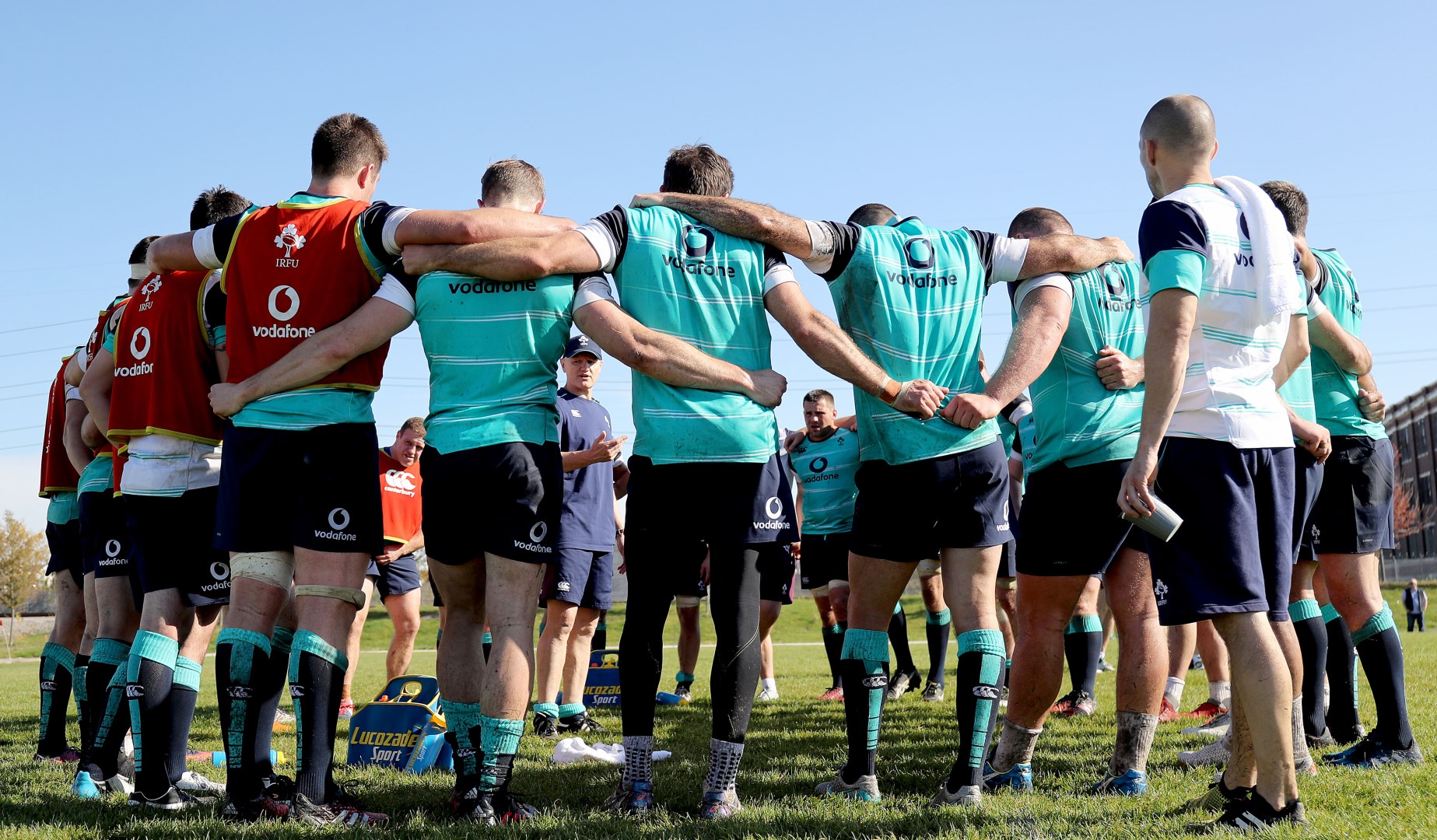 Joe Schmidt has opted for experience ahead of this weekend’s clash with New Zealand as the Ireland head coach recalls a trio of British & Irish Lions for the game in Chicago.

Joe Schmidt has opted for experience ahead of this weekend’s clash with New Zealand as the Ireland head coach recalls a trio of British & Irish Lions for the game in Chicago.

Rob Kearney, who was part of the 2009 and 2013 Tours, comes in at full-back at Soldier Field on Saturday having missed the summer Tests with South Africa due to injury.

Another two members of the British & Irish Lions squad from three years ago, Simon Zebo and Johnny Sexton, were also absent for the 2-1 series defeat this summer but return on the wing and at fly-half respectively.

Kearney’s reintroduction sees Jared Payne move back to centre as he rekindles his partnership with Robbie Henshaw, while another Lion, Conor Murray, looks to pull the strings against the reigning world champions from scrum-half, with two-time tourist Jamie Heaslip once again at No.8.

Prop Tadhg Furlong will make his second international start, as Schmidt opts for Donnacha Ryan to partner Devin Toner in the second row, ahead of Ultan Dillane.

The head coach has gone with the tried and trusted against New Zealand and decided against starting Leinster’s talented youngsters Garry Ringrose and Joey Carbery, but both are in line to make their international debuts from the bench.

Schmidt said: “I think they are pretty excited. It is a bit daunting for them but it is a great opportunity for them to learn because when they do get out there the pace will be pretty sharp.

“Those two youngsters can run all day and hopefully they won’t just be chasing shadows and they will have a shot with the ball and they can demonstrate a little bit of the talent we have seen in them.

“There were a number of variables in that (the selection), including the balance of what was coming off the bench and what was starting.

“We have tried to go with a little bit of experience because of the magnitude of the game and the quality of the opposition to be honest.

“That is the starting point for us and once the young boys come on it will give us the chance to assess them against a very high standard of opposition but at the same time it will give them the chance to see what it is like to play at the very, very top level.”

The last time these two sides met it produced one of the greatest international rugby matches in recent memory.

New Zealand headed to the Aviva Stadium in November 2013 looking to become the first team in the professional era to win all their Tests in a calendar year.

Standing in their way was a passionate Ireland side and they looked set to record their first ever victory over the All Blacks with less than 30 seconds remaining, as they led 22-17 having gone 19-0 ahead inside the opening 18 minutes.

But New Zealand were to produce a remarkable score through replacement Ryan Crotty, after travelling almost 60 yards up the pitch, and after confirmation of the try from the TMO, there was to be further drama as Aaron Cruden denied Ireland even a draw with a retaken conversion, having seen his first effort drift wide.

The iconic All Blacks have since gone on to make further history, as last month’s win over Australia saw Steve Hansen’s men become the first top tier nation to win 18 consecutive test matches.

You can read who Hansen named in his All Blacks XV here.