The Guinness PRO12 once again takes centre stage this domestic weekend, and with five teams separated by just three points at the top of the pile, there are certainly plenty of intriguing Friday night fixtures to whet the appetite. [more] 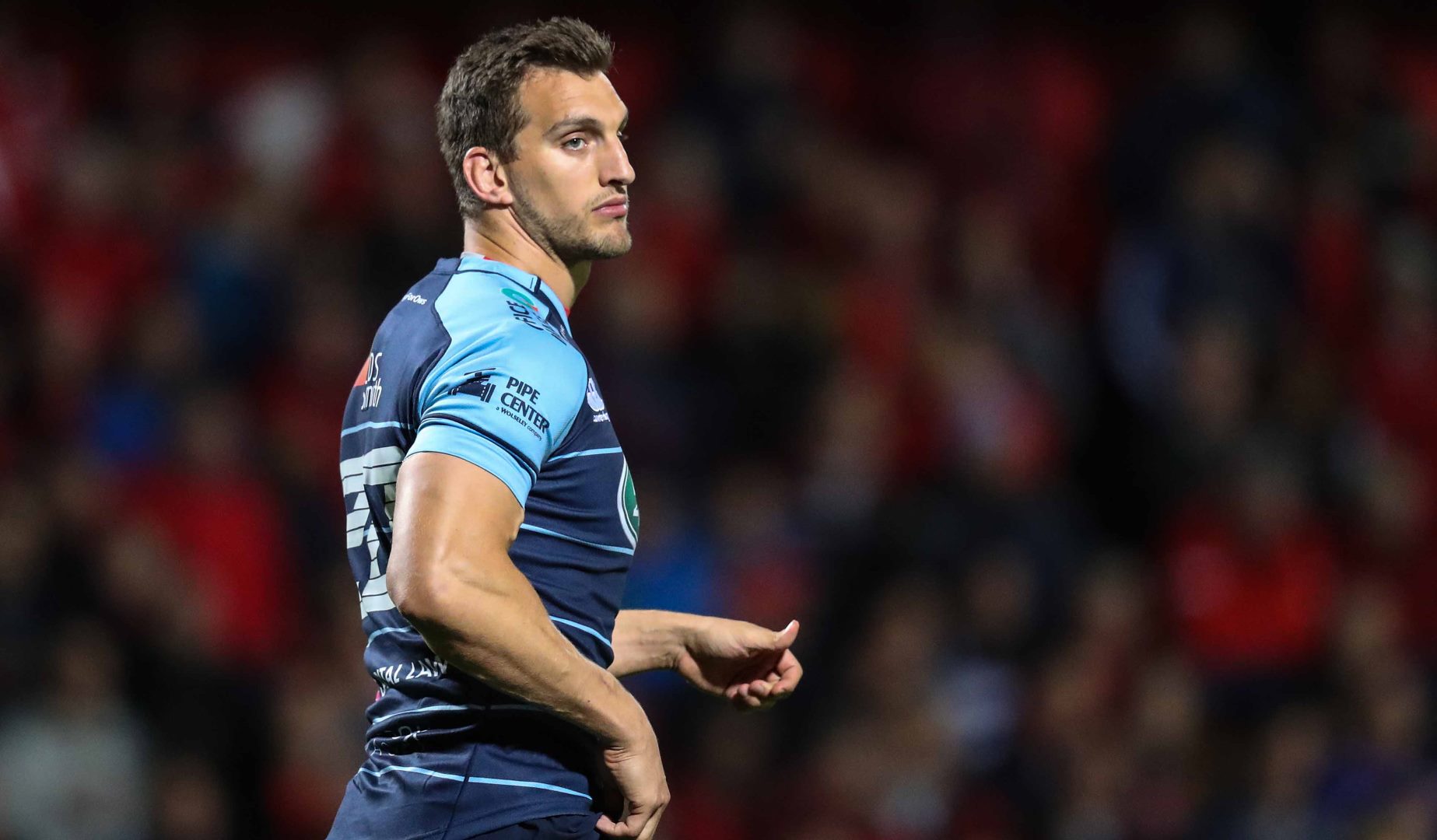 The Guinness PRO12 once again takes centre stage this domestic weekend, and with five teams separated by just three points at the top of the pile, there are certainly plenty of intriguing Friday night fixtures to whet the appetite.

Munster and Ospreys have enjoyed similar starts to their campaigns, both sitting with five wins to their name, but it’s the Welsh region who have the early march as vital bonus points have seen them keep pace with Leinster.

Edinburgh and Ulster are also set to go head to head at Murrayfield, while Newport Gwent Dragons and Connacht take to the field at Rodney Parade.

There's also a familiar face making a much-anticipated return to the pitch, with Sam Warburton coming back from injury for Cardiff Blues.

With preparation for the Autumn internationals in full swing, players and teams alike across the Guinness PRO12 are looking for their form to peak at the right time.

And while many are feeling the loss of their international stars, Ulster have two-time Lion Tommy Bowe to call upon for their trip to Scotland’s capital.

The Ulsterman is still in the early stages of his return following a six-month lay-off, but Edinburgh will have to be on their toes to keep out the exuberant wing.

The Scottish side do have good news of their own, however, with Duncan Weir named in the 23 having suffered a broken jaw earlier in the season.

But it’s an unchanged back line for acting head coach Duncan Hodge, as Blair Kinghorn, Damien Hoyland and Tom Brown once again get an opportunity to impress.

But while Edinburgh v Ulster will be a key clash in its own right, the game of the week could take place in Munster.

The Irish province have been in a rich vein of form in recent games – losing just one of their last five – and welcome an Ospreys side who themselves have been at the top of their game.

The Welsh side have won each of their last four in all competitions, and there’s a certain 18-year-old prodigy who has come to the fore in recent times.

Keelan Giles has scored a mesmerising eight tries in his last four outings, with last week’s double against Newport Gwent Dragons the latest feathers in his ever-growing cap.

Some have already called for the young Welshman to pick up international honours, though he has this time missed out on Rob Howley’s plans.

Peter O’Mahony and Tommy O’Donnell once again occupy spots in the back row for Munster as they look to prove their fitness and earn a spot in Ireland's Autumn International plans.

While there is plenty already riding on Glasgow Warriors’ trip to Parc y Scarlets, there is also the prospect of John Barclay once again facing his former club to factor into the equation.

The flanker enjoyed eight years with the Warriors, but made the switch to Wales in 2013 and has since fought his way back onto the international scene.

Barclay forms part of an unchanged Scarlets team, which also sees DTH van der Merwe and Rhys Patchell feature in the XV bidding for a sixth win in seven.

A Scottish quartet return for the Warriors as Rob Harley, Peter Horne, Tim Swinson and Mark Bennett take their place having been released from the Scotland squad.

The champions are in town in Newport as Connacht are the latest visitors to face the Dragons, with John Muldoon once again leading the line with the captain’s armband.

Eoin McKeon returns to the back row for a side he has been with since he was a teenager, and Pat Lam also brings in Shane Delahunt – a try-scorer last week – in search of a third win of the league campaign.

Wales captain and 2013 Lion skipper Warburton starts for Cardiff Blues as they make a Friday night trip to Benetton Treviso, with the 28-year-old delighted to be back for his first game since the start of October.

He’s joined in the XV by another Lion, Matthew Rees, who toured South Africa in 2009, while Matthew Morgan and Ellis Jenkins also feature in a side looking to bounce back from last week’s loss to regional rivals Scarlets.


And the league leaders also have Lions representation in the form of Sean O’Brien, with the back-rower joining up with a youthful Leinster side when they travel to Zebre.

A blend of youth and experience comes to the fore as the Anglo-Welsh Cup swings into action this week with all 12 Aviva Premiership sides taking to the field.

There’s a big boost for Exeter Chiefs as Dave Ewers returns from injury to take his place against Harlequins, while Ollie Devoto is another to join him in the XV.

And finally, the experience continues for Saracens too, who have Scotland international Kelly Brown starting alongside numerous debutants for the Premiership champions who take on Gloucester.

News
Previous story McGeechan: November a perfect chance for players to impress
Next story Maori All Blacks impress against USA