Maori All Blacks impress against USA

The Maori All Blacks made the perfect start to their end-of-year Tour with a dominant display against the USA in Chicago. [more] 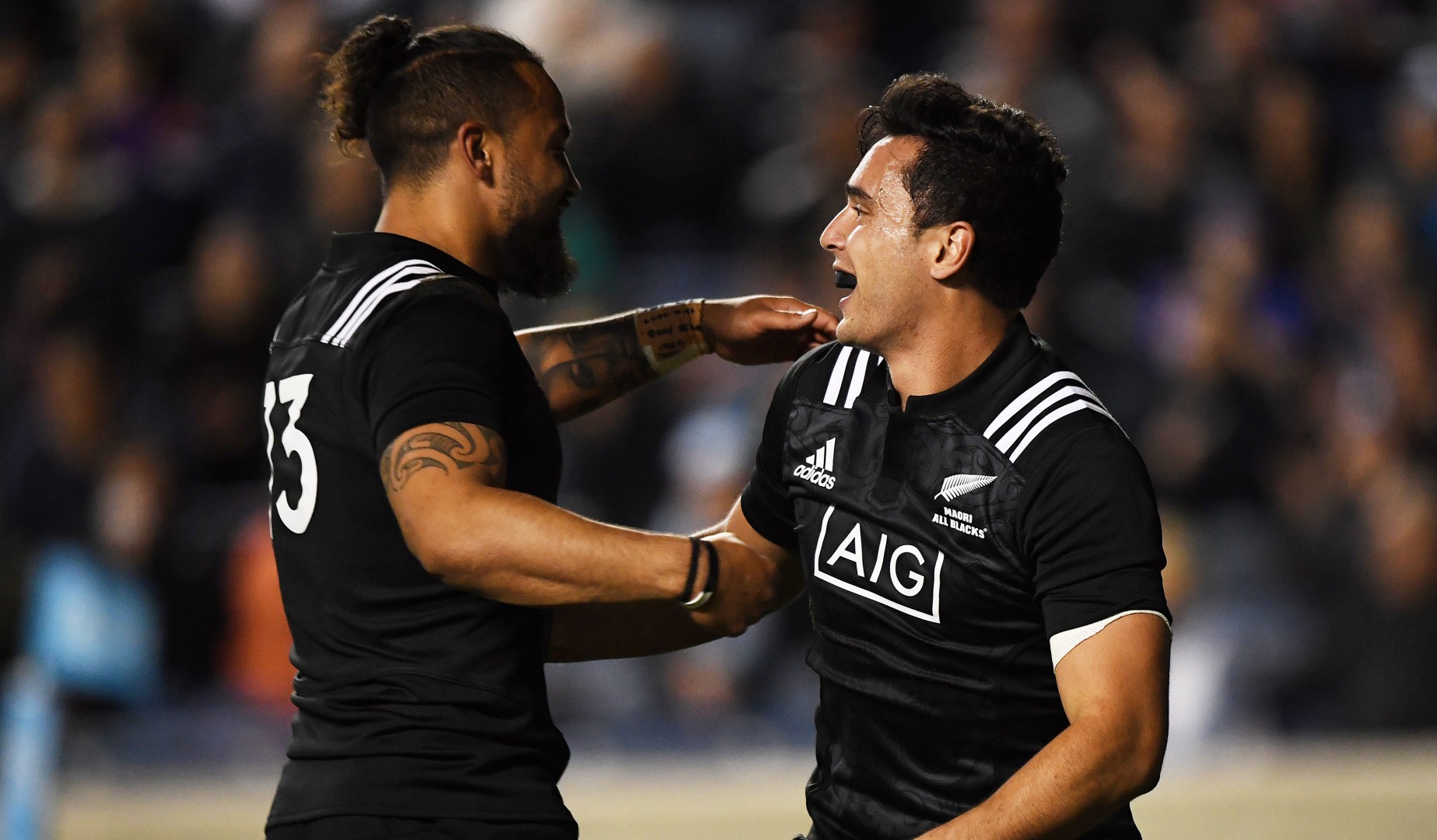 The Maori All Blacks made the perfect start to their end-of-year Tour with a dominant display against the USA in Chicago.

Akira Ioane and James Lowe both scored two tries as the Maori ran in eight in all in a 54-7 success at Toyota Park.

The Maori, who will take on The British & Irish Lions next year, came flying out of the blocks, with Lowe starting and finishing the move that led to the first try, to give the visitors a 7-0 lead after ten minutes.

Just after the quarter-hour the lead was doubled with Ioane showing his power to crash over, Ihaia West converting both.

Matt Proctor then collected a West chip and delivered Lowe the crucial pass for his second, followed by Ash Dixon’s try just before the break as the Maori led 28-0.

Ioane kept them on the front foot early in the second half with his second try, but the Eagles hit back with their lone score, skipper Todd Clever crossing from a rolling maul.

A moment of magic from Damian McKenzie set up a Kane Hames try, the Maori’s sixth, before Brad Weber went over for their seventh.

And it was left to hooker Joe Royal to secure the half-century with the eighth try as the Maori kicked off their Tour in style.

Lowe admitted afterwards that the team couldn’t have asked for a better way to begin a Tour which will see them also take on Munster and Harlequins.

He said: “It’s a great way to kick off the Tour with a very good win. The boys played very well and a massive credit to our forward pack because they did the job up front.

“Our set-piece was awesome. Then you’ve got guys like Matt Proctor just feeding the ball out wide so it makes it easy.”

Damian McKenzie added: “It was a privilege to come back and play and it was an awesome effort from the lads to get a good win. It’s always a privilege to play in this jersey.”

New Zealand News
Previous story Back: Attitude can be decisive for Lions in 2017
Next story Howley confident Australia lessons will improve Wales