Ireland captain Rory Best was quick to highlight the positive approach of his side after they made history with a first-ever win over New Zealand on Saturday. [more] 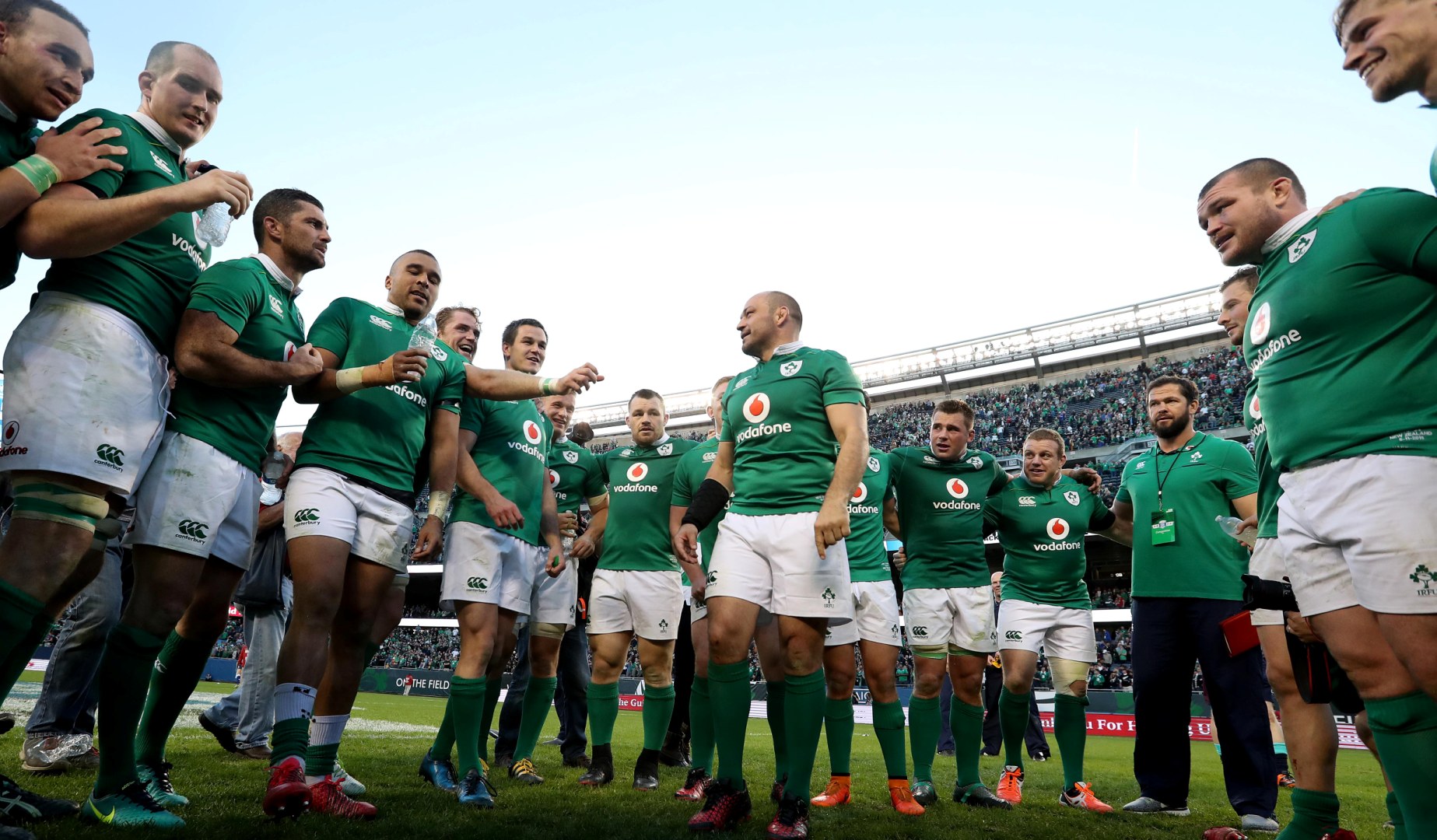 Ireland captain Rory Best was quick to highlight the positive approach of his side after they made history with a first-ever win over New Zealand on Saturday.

At Soldier Field in Chicago, Ireland ran in five tries through Jordi Murphy, CJ Stander, Conor Murray, Simon Zebo and Robbie Henshaw to end the All Blacks’ run of 18 straight wins in Tests and earn Ireland's first ever win in the fixture.

Ireland led 25-8 at half-time before New Zealand fought back to within four points, only for Henshaw’s effort to seal it and end a 111-year wait with a dramatic 40-29 success.

For captain Best, the quality of the performance and the decision to take on the challenge with positive rugby were particular points of pride.

Speaking to Irish Rugby TV, he said: "It’s hard to find words. All I can say is I couldn’t be prouder of the boys, the way we prepared. This goes back a long time, this has been building. We’ve got so close so many times. So many brilliant players…the heartache.

"To captain this group of unbelievable lads, unbelievable players to make history with the support we got here, it really did feel like a second home and it has done all week.

"All I can say is thanks to everyone that’s been involved in this journey.

"We’ve created history by going and attacking New Zealand. They are a quality side. It shows how good they are, how important this win was to us."

He added later: "You can see how much it means to our boys, but we just knew we had to go out and attack them. If you give them ball and stand off them they are an unbelievably dangerous outfit.

"I couldn’t be prouder of the work we put in. It hasn’t just been the last week or couple of weeks. It’s been a long time coming and it’s history made."

Head Coach Joe Schmidt believes the accolades that followed his team’s display were no more than they deserved.

"The lads have waited a long time for something like this to happen and they've worked hard in the couple of trainings we had. I think they're delighted and they probably need a couple of days off after that.

“I'm incredibly proud of how the boys put themselves out there and worked incredibly hard at 33-29 with that All Black wave.

"You can't beat the All Blacks with 13 or 14 or 15 or 16 players, you've really got to have about 32 because you're always going to have a bit of attrition and when those guys come off the bench they've got to add value.”

He had no complaints following the impressive all-round display produced by Ireland and admits he will have to re-evaluate ahead of the rematch in Dublin in a fortnight’s time.

“We were beaten by the better side on the day and we have been saying for while that Ireland are a good team.

"We have to accept that and go away and have a look at where and how they beat us and how we're going to get better so in a fortnight's time we can contest the game.”

Kieran Read  was also quick to give credit to Ireland and also admitted to feeling pride in New Zealand's effort to come back in the second half. He said: "From our point of view, they were the better team, but you can’t take away from our lads.

"I think the heart we showed to put ourselves in a position…we’re gutted, but the pride we showed to try and get back into the game was pretty immense."

THE SPIRIT OF AXEL LIVES ON

The day started in emotional fashion as the Ireland team observed the haka in a figure of eight to honour the late, great Anthony Foley.

A number of the Irish line-up had either played alongside or been coached by Foley and Best was pleased to honour the No.8.

Best said: “It was the national team's first time together since his passing and it felt like the right thing to do. We wanted to put the Munster boys at the front and to show respect to Axel and his family.”

And flanker Stander insists he wouldn’t be the player he is today without the influence of the man who coached him at Munster.

"We made a figure of eight – for me personally, [Conor] Murray and all the Munster boys to stand at the front, that was big," said Stander.

"He meant so much to me, he was really the rock in my rugby the last four years.

"He showed me a lot about what he'd learned over the years. I think he pushed me to the next level."